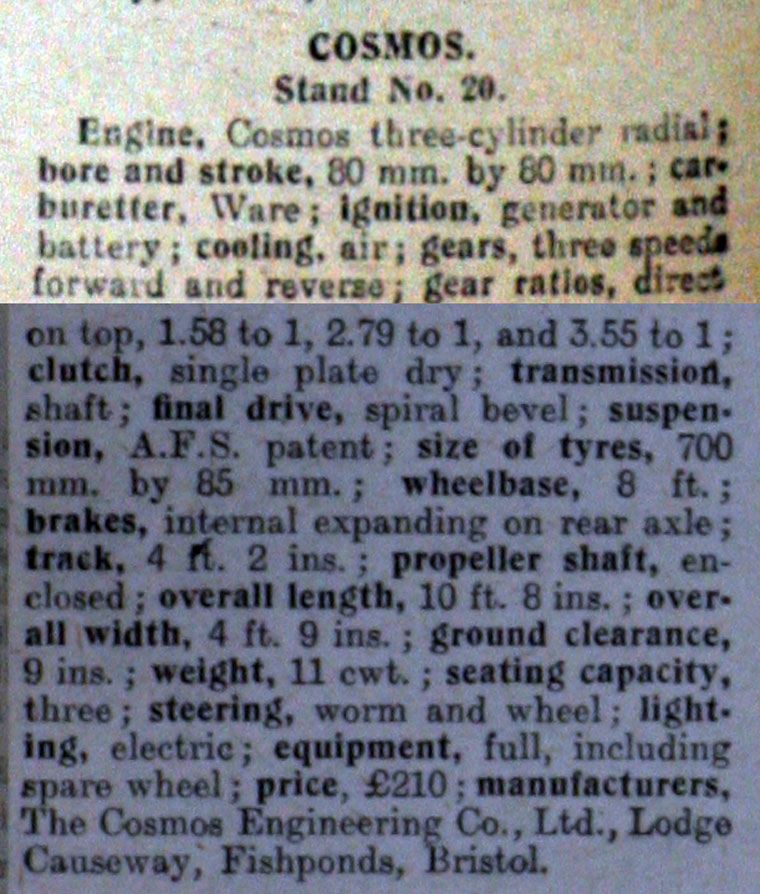 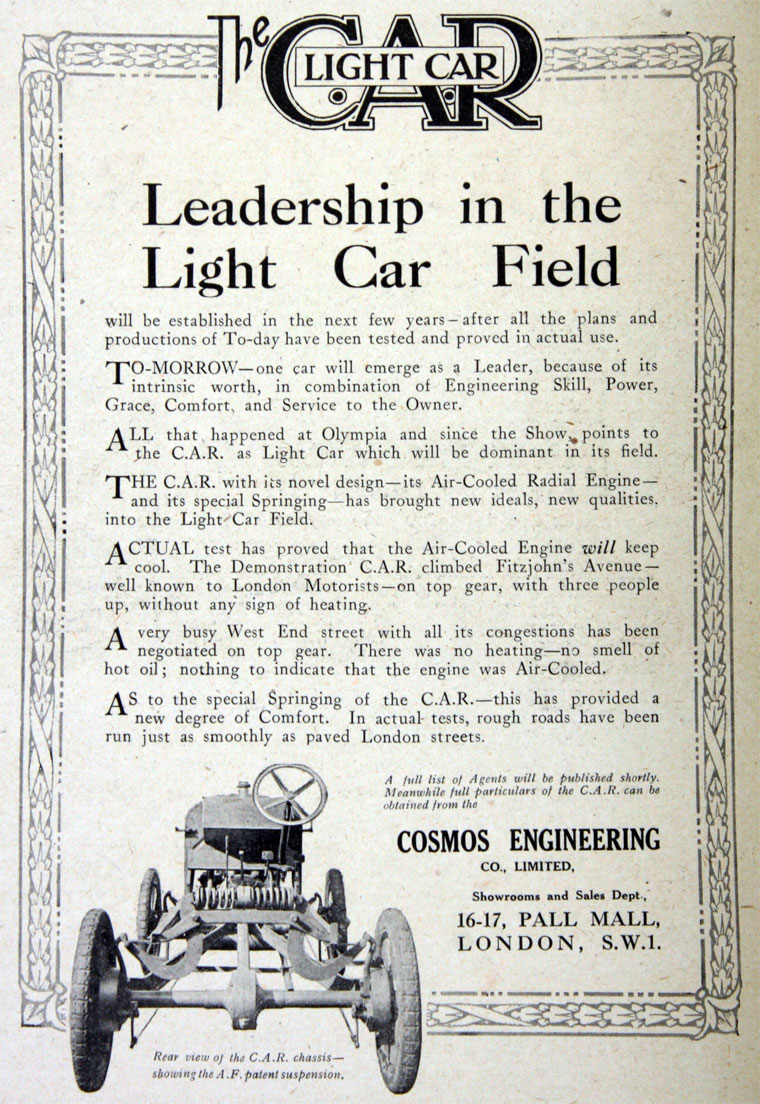 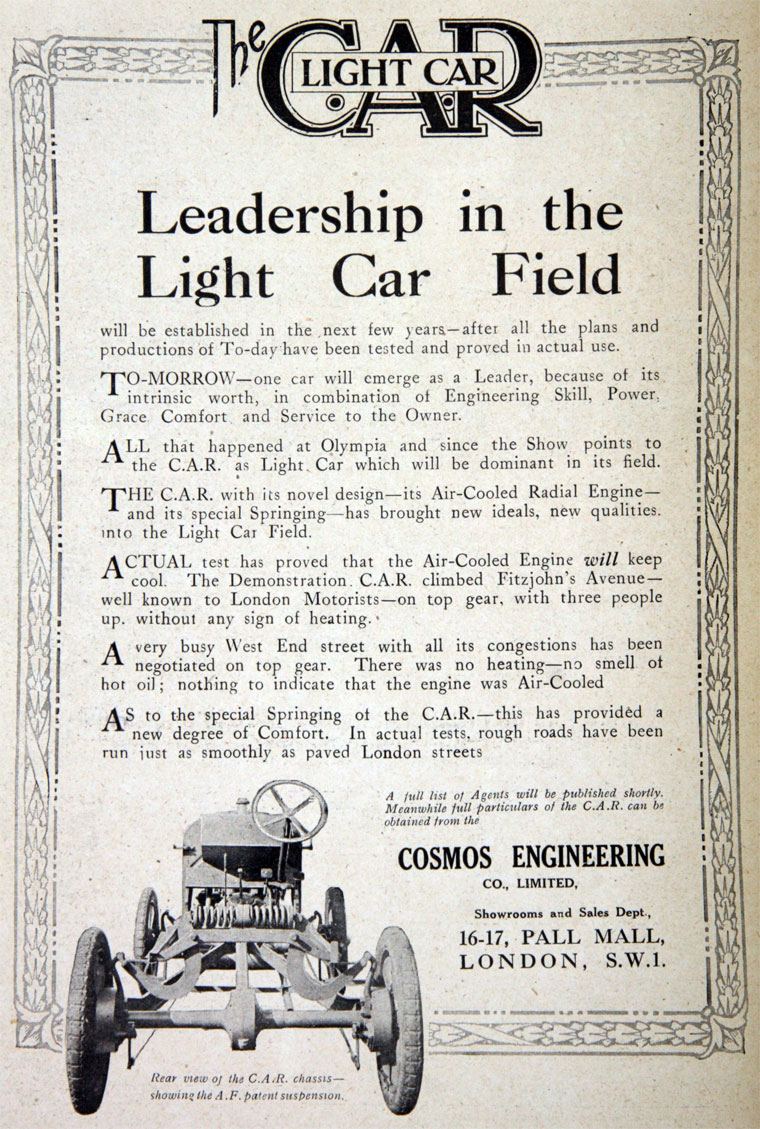 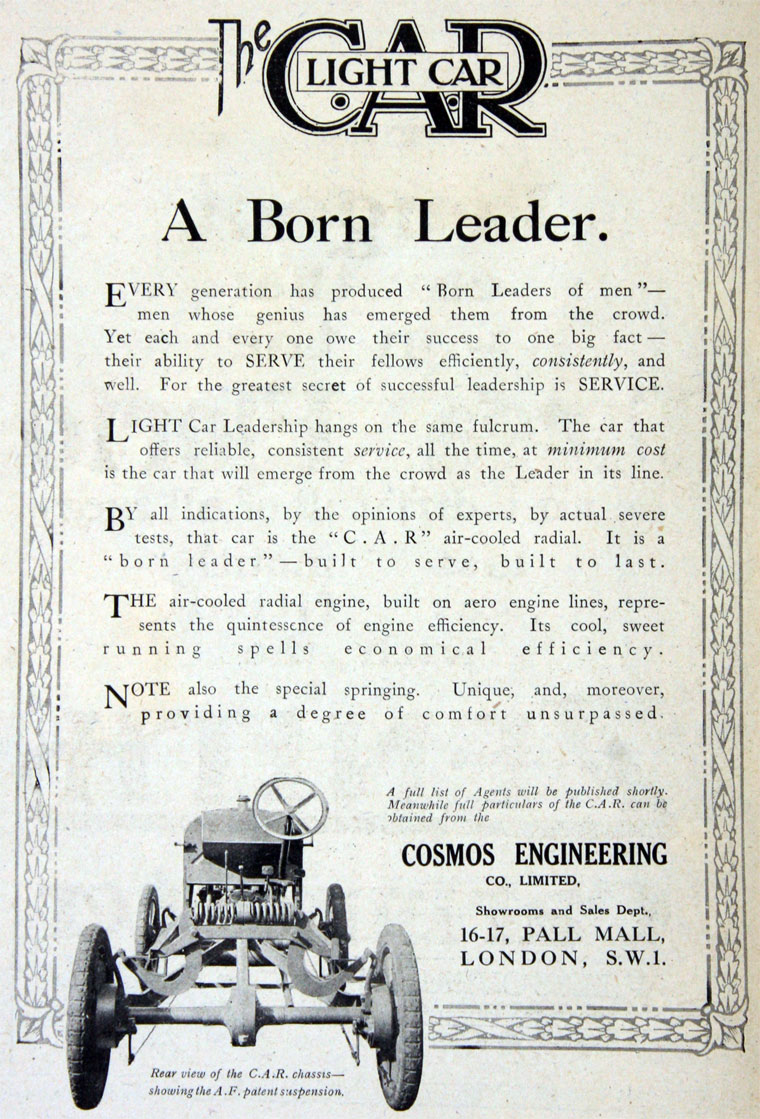 1919 Purchased the aviation parts of Brazil, Straker and Co and continued work on the designs.

1919 January. Advert states that they were formerly Brazil, Straker and Co. "Designers to the Air Ministry. Specialists in the highest class aero and motor car engines" [1]. Roy Fedden, the company's principal designer, had developed the 14-cylinder radial Mercury engine during the war.

1920 With the ending of the war, Cosmos had no production designs, and their repair work was quickly dwindling. The company was soon insolvent. Convinced of the quality of the Cosmos designs, the Air Ministry "made it known" that they would be rather happy if the company were purchased by Bristol, which eventually took place in 1920.

1920 The Company was taken over by the Bristol Aeroplane Co. Operations then moved to a former flying school located on the northern edge of Filton Aerodrome