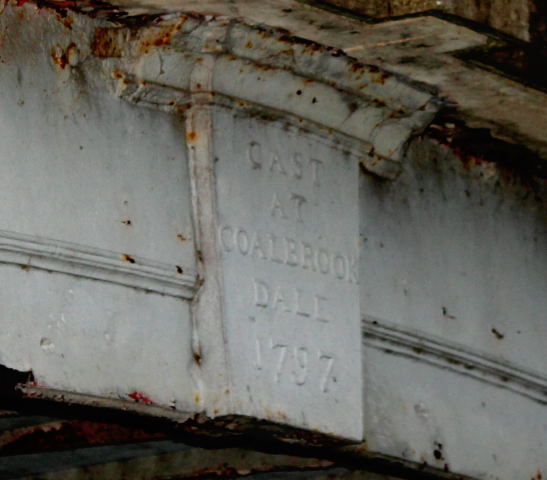 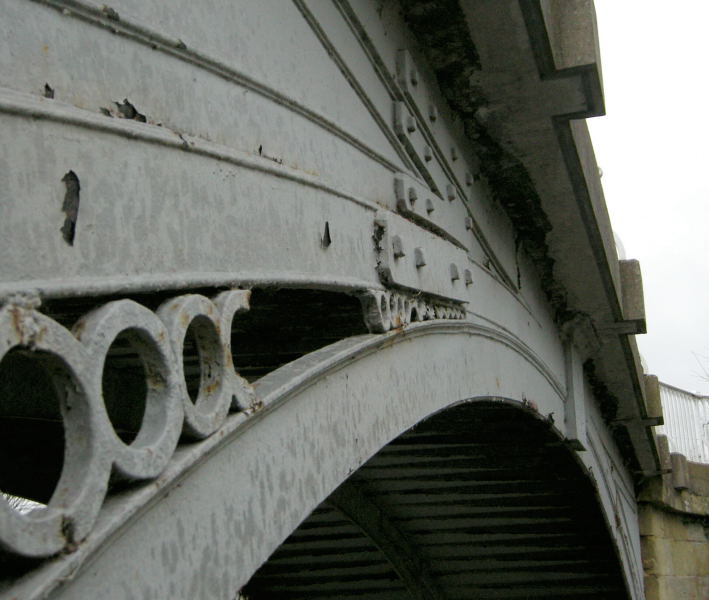 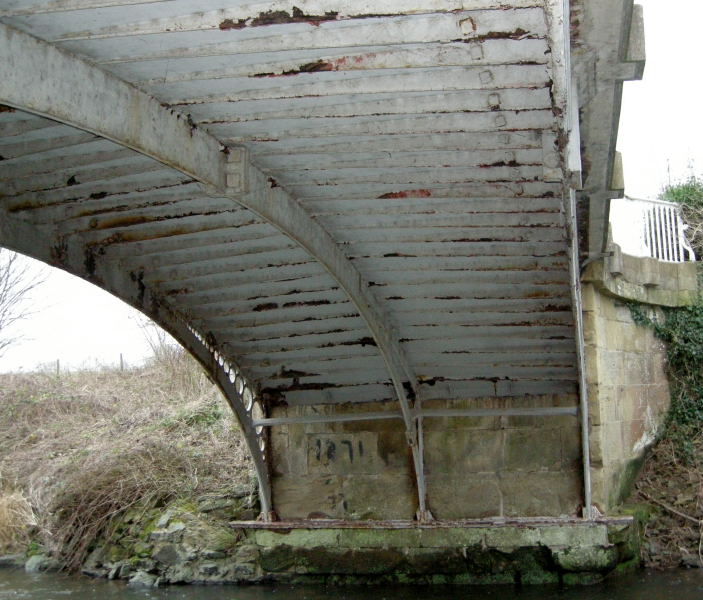 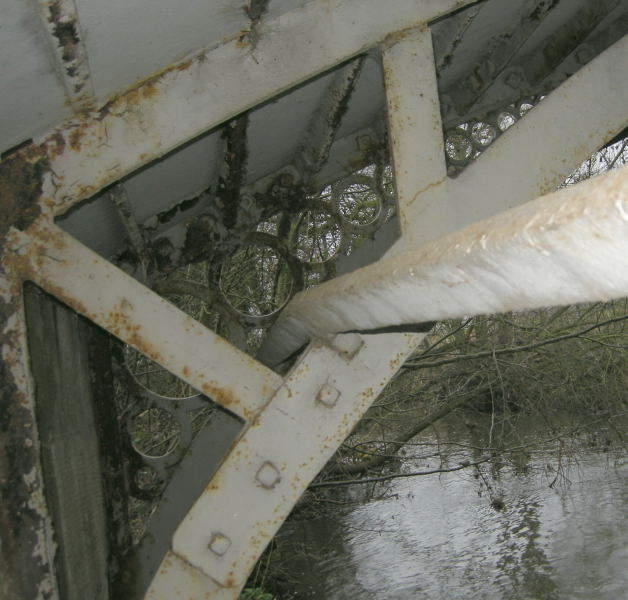 Carries a minor road (U5323) over Cound Brook, 1/4 mile south of the A458, 5 miles south east of Shrewsbury, between Cross House and Cressage.

Built by the Coalbrookdale Co in 1797.

One of very few surviving 18th century iron bridges. Believed to be the oldest iron bridge still in regular use by vehicular traffic. Despite these attributes, and in common with many of its ilk, its significance is not marked by any signs or display boards, and there is no public access for viewing the bridge from the riverside.

The design is very simple, having three cast iron arched panels (each made of two pieces joined at the apex, surmounted by cast iron plates (now topped with a concrete slab), and having cast iron balustrades.

Photos 5 & 6 show a tie bar connecting the arched panels at the south end of the bridge. Photo 7 shows the corresponding bar at the north end. The ends of the bars are dovetailed into the cast iron arched panels (Photo 8 - looking downwards).

Photo 6: The cast iron deck plates follow the curvature of the arch, rather than the flatter surface of the roadway. The plates are flanged at the ends and edges, and are bolted to each other and to the side panels. The connections to the side panels might be assumed to be made using bolts screwed into the cast iron, rather than being secured by through-bolts. This would meet the demand for neat appearance, but it is improbable, given the great difficulty in drilling and tapping holes in cast iron in that era. It is more likely that square-headed countersunk bolts were used, as used on many early iron bridges, although this is not apparent on the outer surface of the bridge. See Photo 11 in the entry for Sydney Gardens Bridges, Bath.