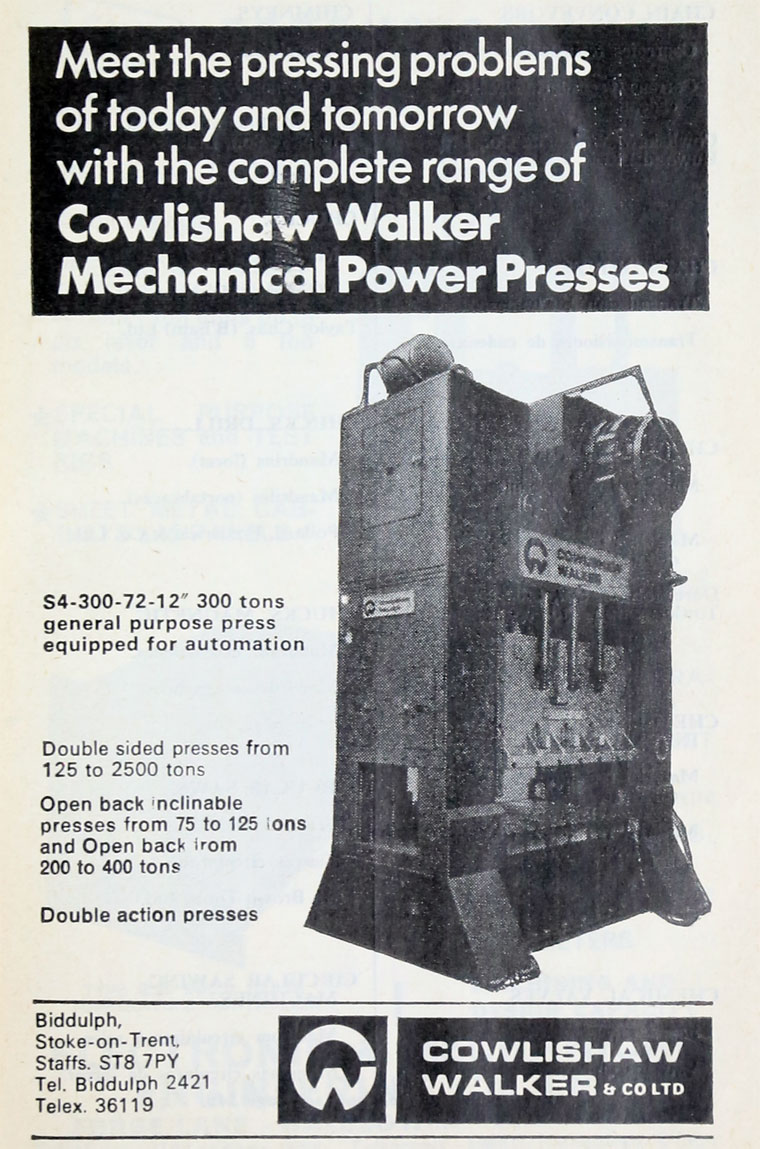 of Biddulph, Stoke-on-Trent, Staffordshire, were makers of mining machinery and power presses.

WWI Took up the production of shell forgings and other articles of warfare.

1930 Took over the workshops of the Norton and Biddulph Collieries.

1961 Iron founders and engineers, specialising in the manufacture of coal cutting and mining machinery. [2]

By 1973 was a subsidiary of Lindustries, producing press and mining machinery[3]