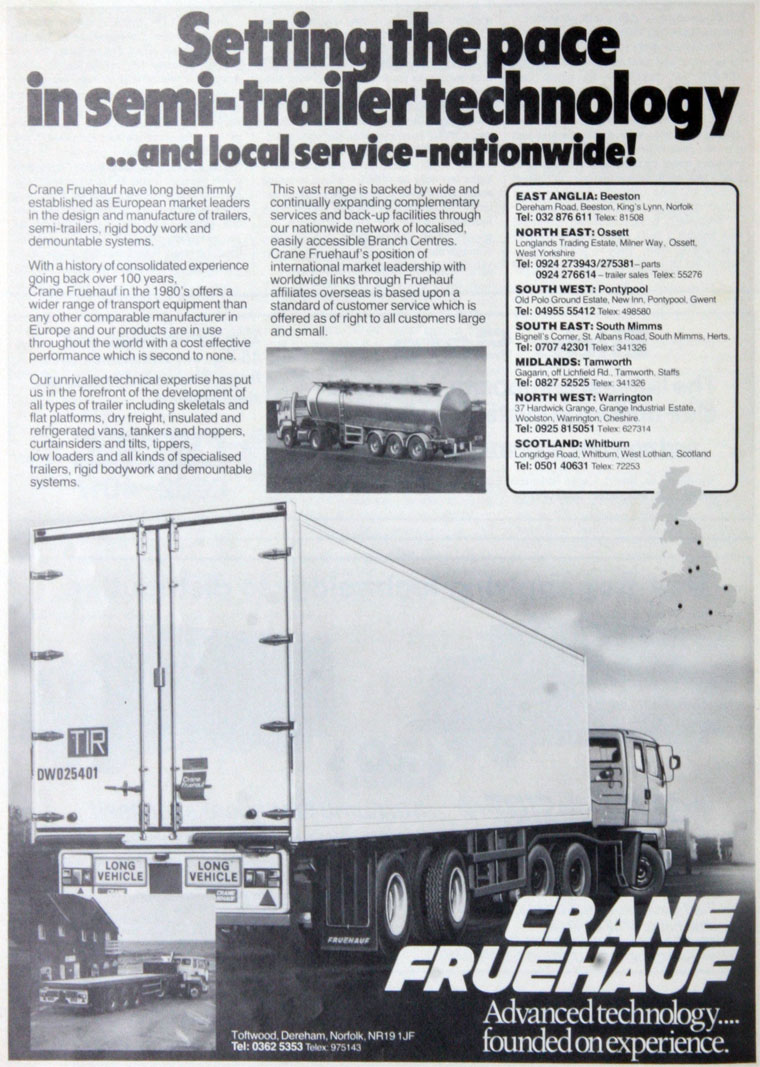 1976 Crane Fruehauf acquired from the receiver of Pengco Transport Systems Limited certain of that company's assets together with the rights to manufacture demountable vehicle bodies previously manufactured by that company and production started later in that year.

1977 Crane acquired the business of Abel Bodywork Limited of Bolton, a company specialising in the construction of refrigerated rigid vans, and vans used for the delivery of bread

1977 The Competition Commission issued a report on the proposed merger of the Fruehauf Corporation and Crane Fruehauf Limited.