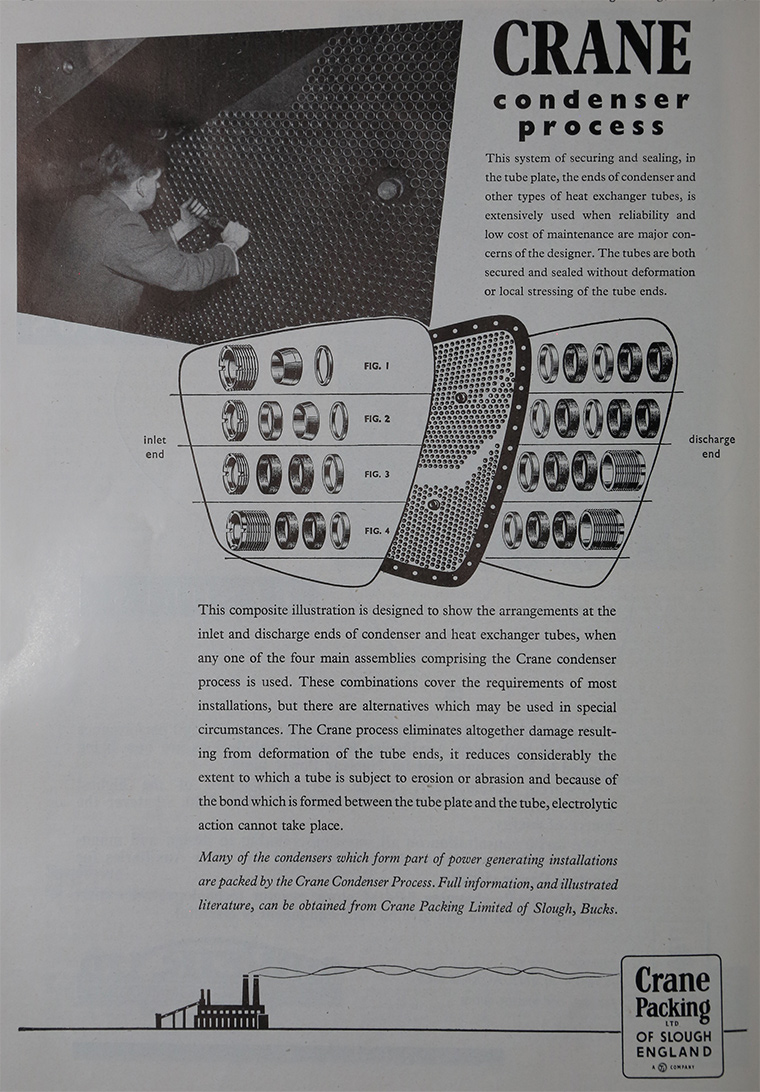 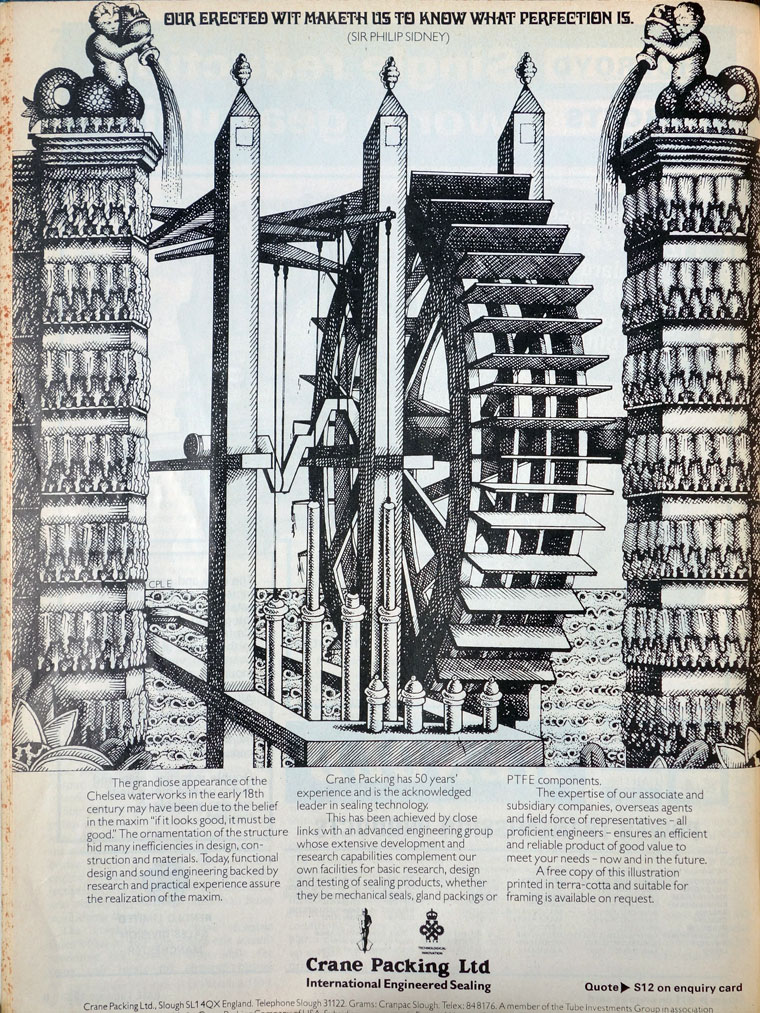 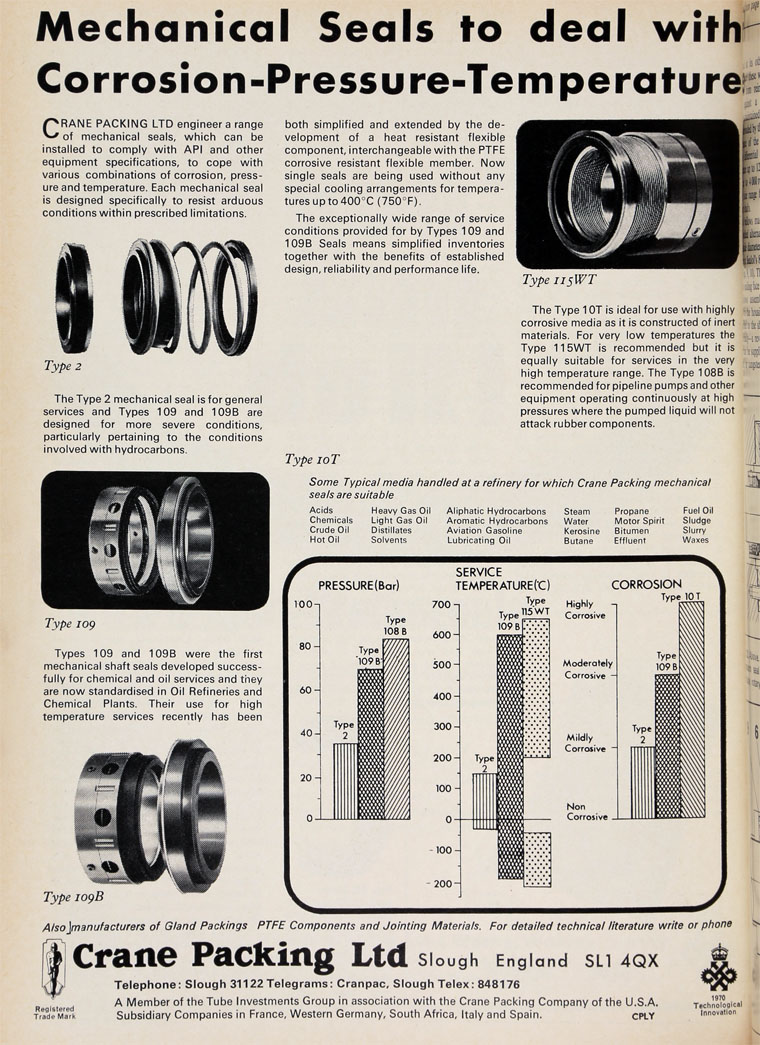 Prior to World War II, Crane Packing of the USA sold its British-operations to Tube Investments

1987 Through a series of acquisitions and divestitures, the US company and the British company were reunited, this time under the name John Crane Inc.

Beginning in the 1990s, John Crane applied non-contacting technology to pumps handling liquids that are hazardous to the environment.