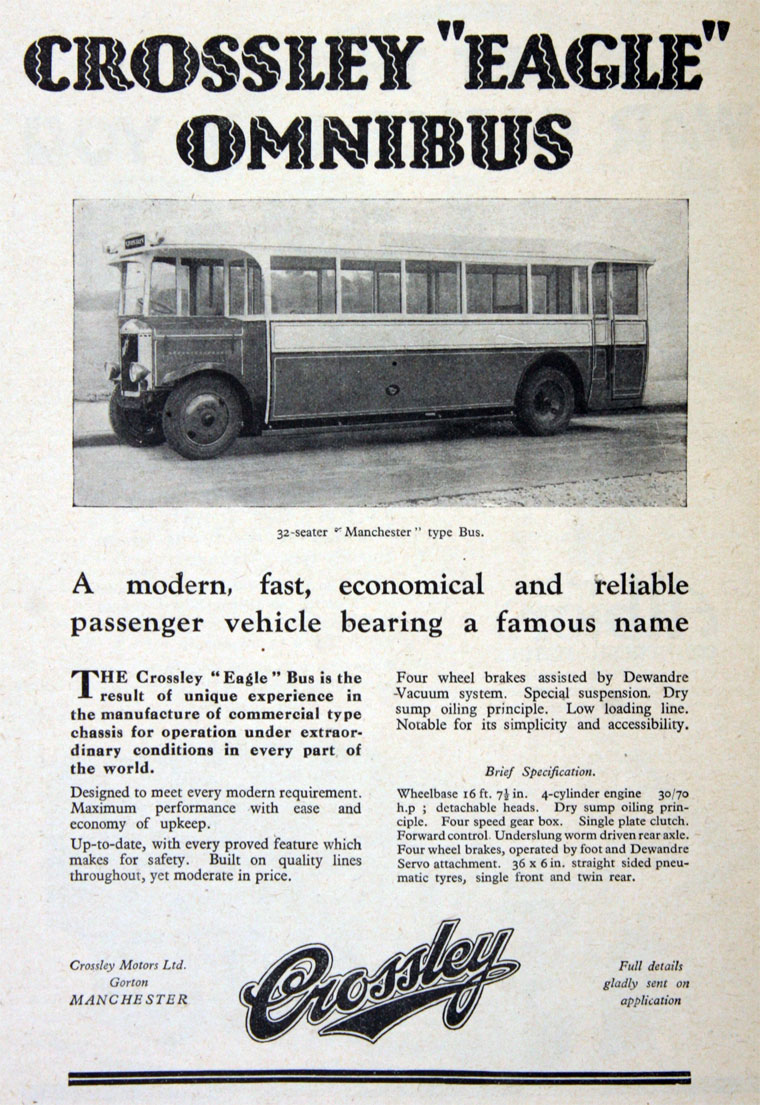 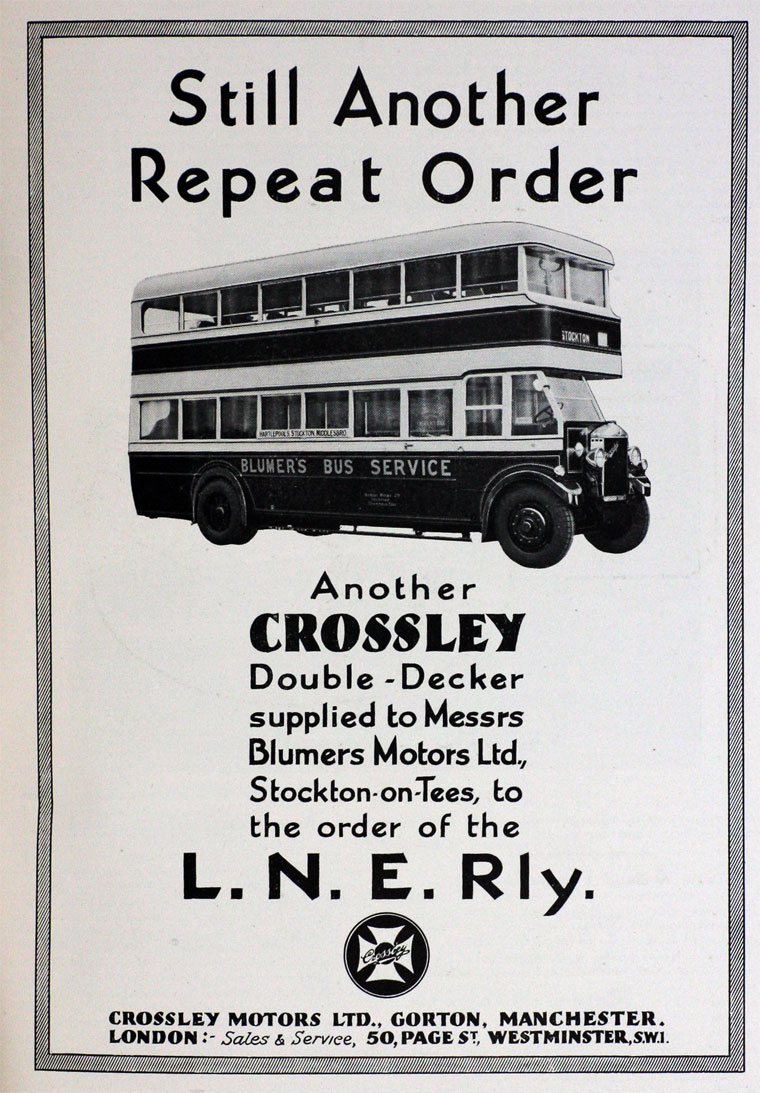 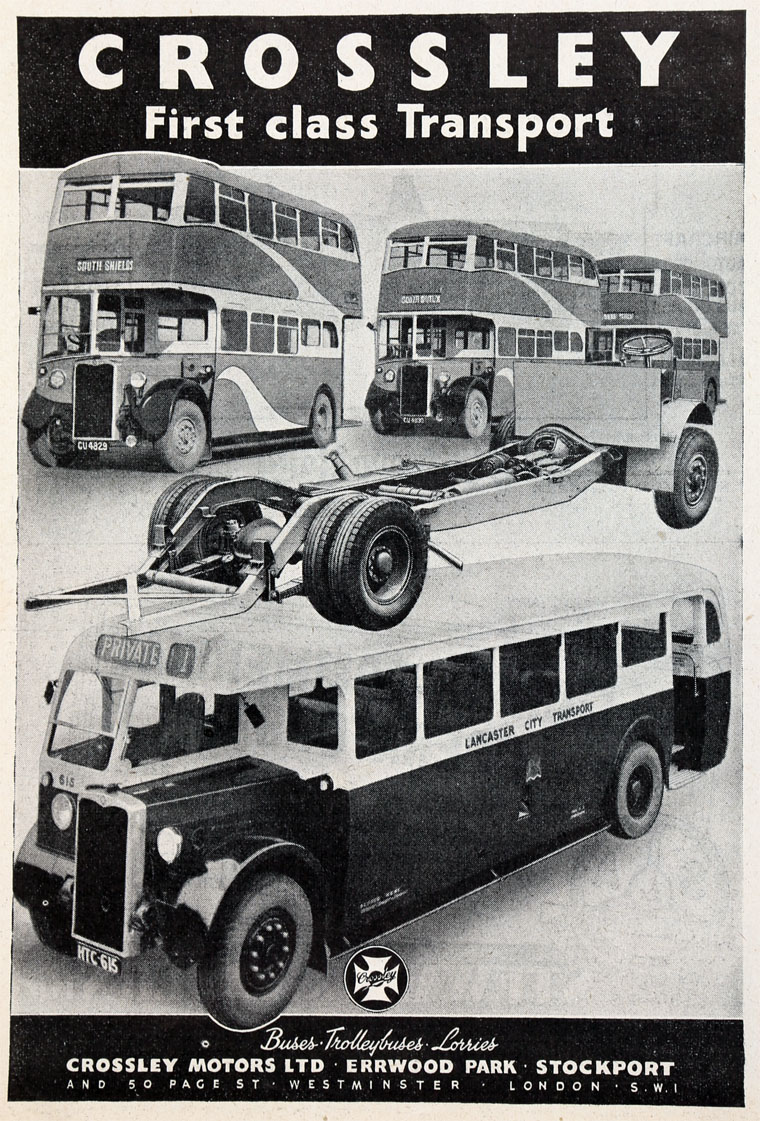 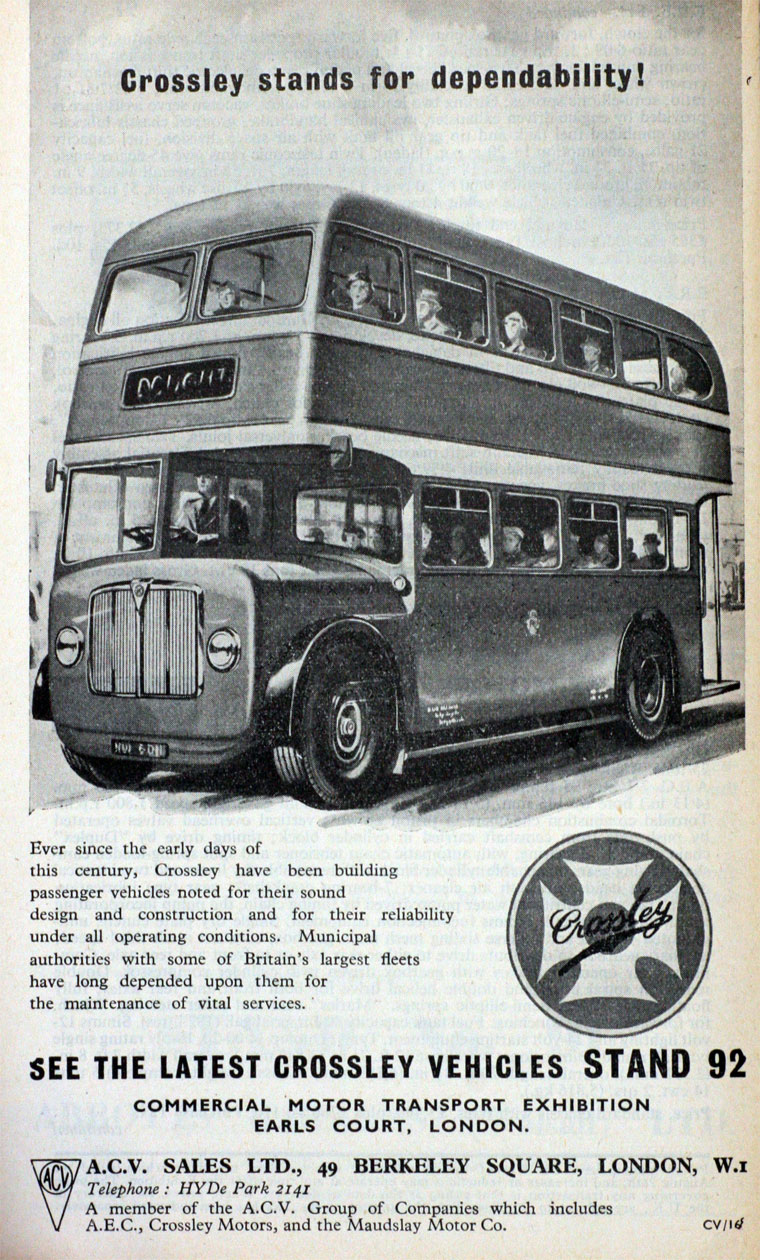 Note: This is a sub-section of Crossley Motors.

1931 Crossley's first purpose built bus was the Eagle a forward-control single-decker, fitted with a 5.3 litre four-cylinder engine and stayed in production until 1931.

Post WWII: Thousands of buses were manufactured after the war; many were re-bodied as charabancs or buses. Crossleys most successful time came after the war when they received a massive export order for Holland. This would go on to help expand the country's bus fleet after the war.

Manchester Corporation fitted the engines to most of the Mancunians in its fleet, which in turn made them the most reliable Crossleys it ran.

The Bridgemaster bus was made at Crossley and they built bodywork until 1958.

1930 A double-deck bus version arrived known as The Six, this was later renamed as The Condor.

1930 Crossley built its own diesel engine. They were the first British maker to offer a complete diesel-engine bus.

1934 The Mancunian bus was developed to meet a Manchester Corporation specification. The gearbox of this model was mounted directly behind the engine.