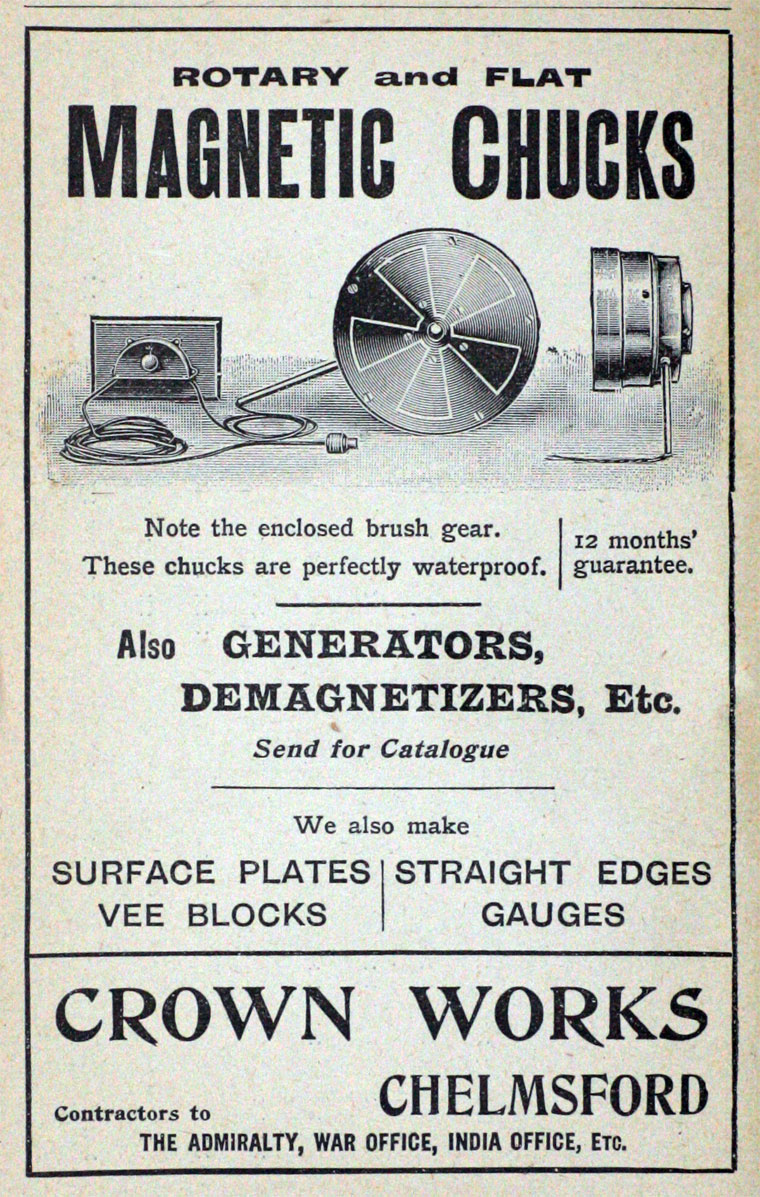 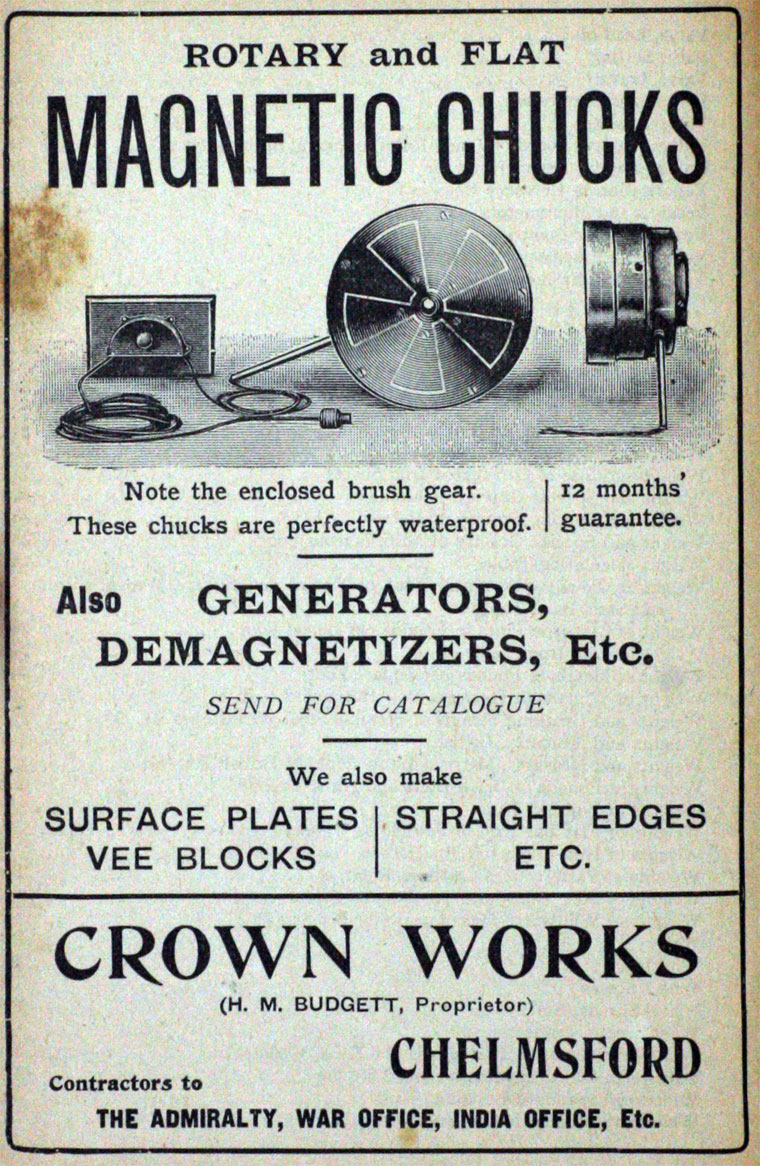 1919 Advert for magnetic chucks and other items

1921 Frederick William Windley was in partnership.[2]