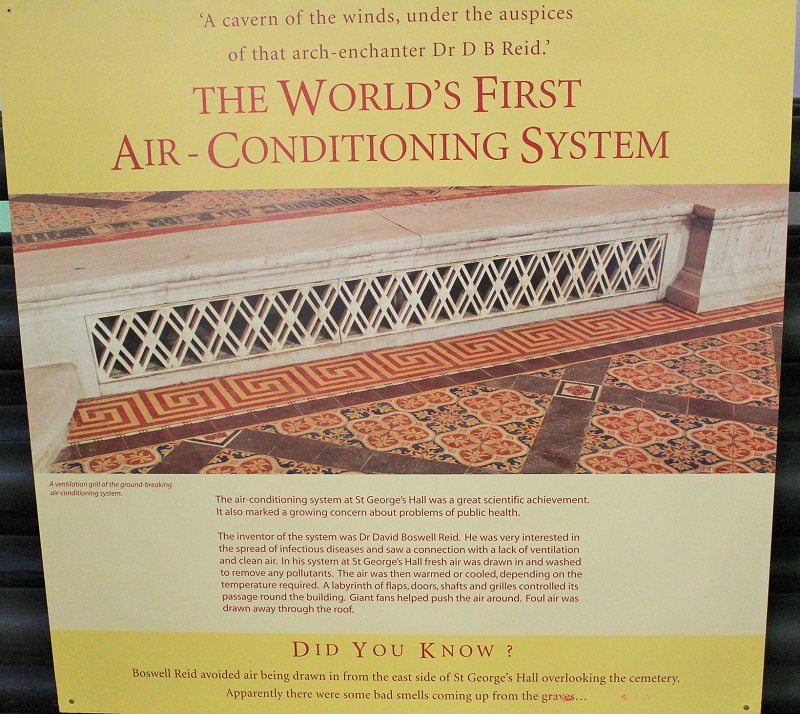 1840 Appointed to be responsible for the ventilation of the new Houses of Parliament and for the pioneering air conditioning of St. George's Hall in Liverpool[1]. His appointment caused major problems for Charles Barry, the architect, who by 1845 refused to communicate with Reid except in writing. Reid's input included the addition of the Central Tower, designed to act as a giant chimney to draw fresh air through the building.