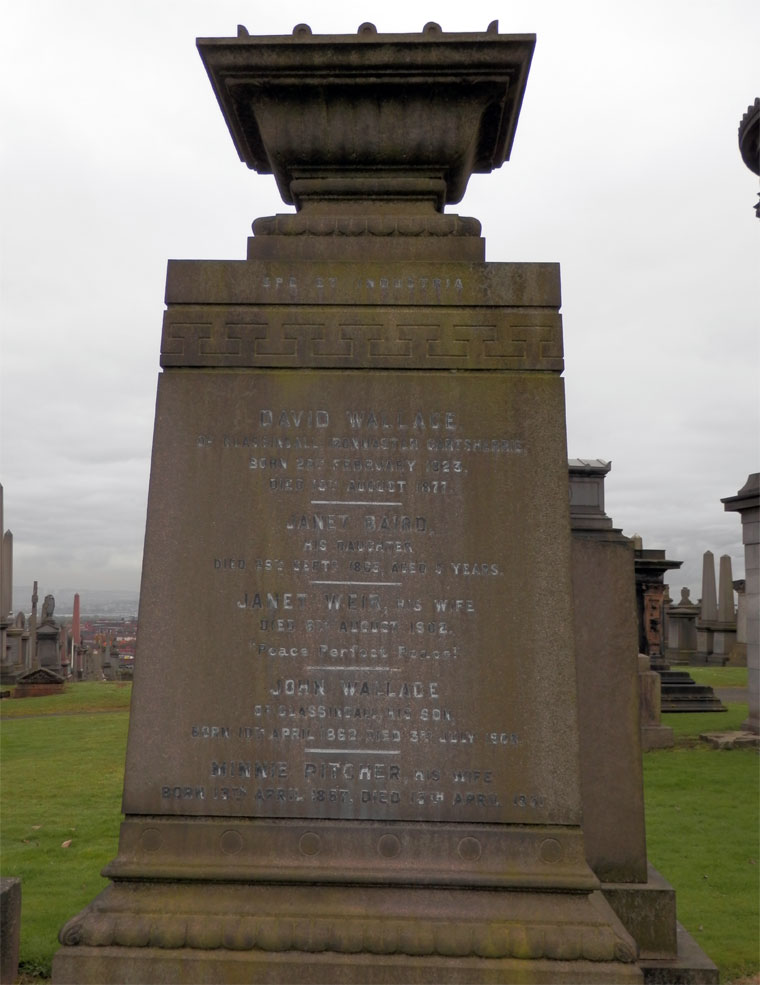 David Wallace (1823-1877) Ironmaster of Glassingall, of William Baird and Co

Mr. David Wallace, one of the partners of the well-known firm of William Baird and Co., of Gartsherrie, extensive ironmasters and coalmasters in Lanarkshire, Ayrshire, and Stirlingshire, has died at his residence, Glassingall, near Dunblane.

The deceased gentleman began his career in an accountant's office in Glasgow more than thirty years ago; and after the lapse of some years he went out to Gartsherrie as the head of the counting house of Messrs. Baird's firm. His energy and business talents raised him from one position to another till he was assumed a partner of the firm, in which capacity he devoted himself more particularly to the extensive business conducted in the firm's Glasgow office.

Mr. Wallace was a member of the Baird Trust, which was constituted for the administration of a fund of £500,000, which the late Mr. James Baird instituted for the furtherance of religion in connection with the Established Church of Scotland.

He took a very active part in the promotion of the Glasgow, Bothwell, Hamilton, and Coatbridge Railway, and he succeeded Mr. Baird in the chairmanship of that undertaking. He was long a member of the Old Monkland Parochial Board, and under the Scotch Education Act he became the chairman of the Old Monkland Cumbernauld School Boards.

Besides being a member of the firm of William Baird and Co., Mr. Wallace was related to the family by marriage.