Gipsy 1. Exhibit at the Shuttleworth Collection. 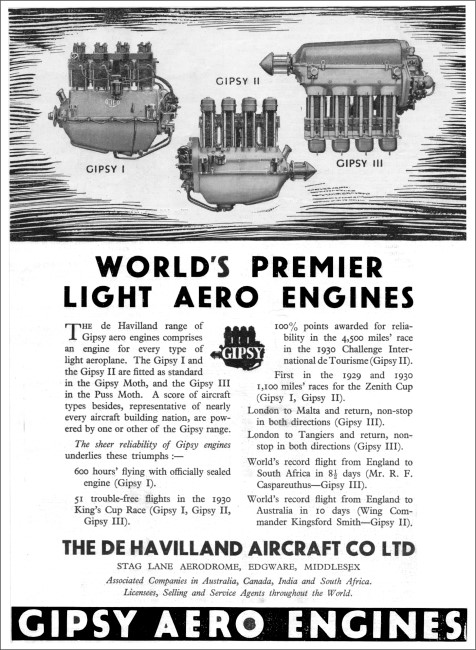 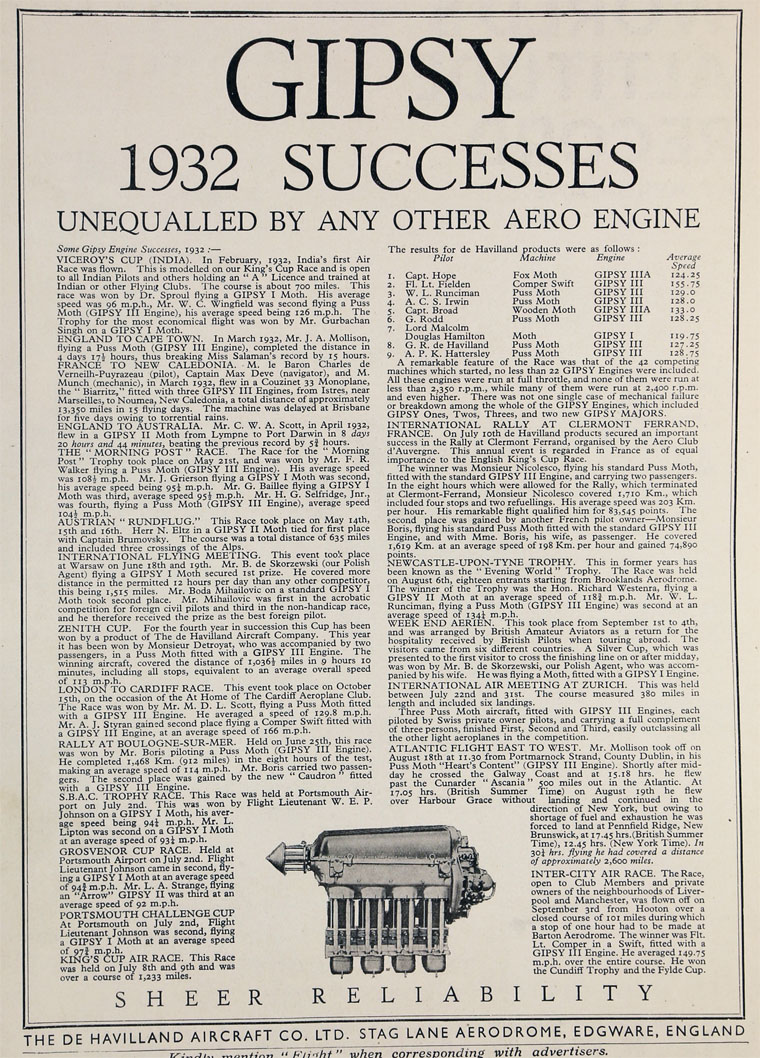 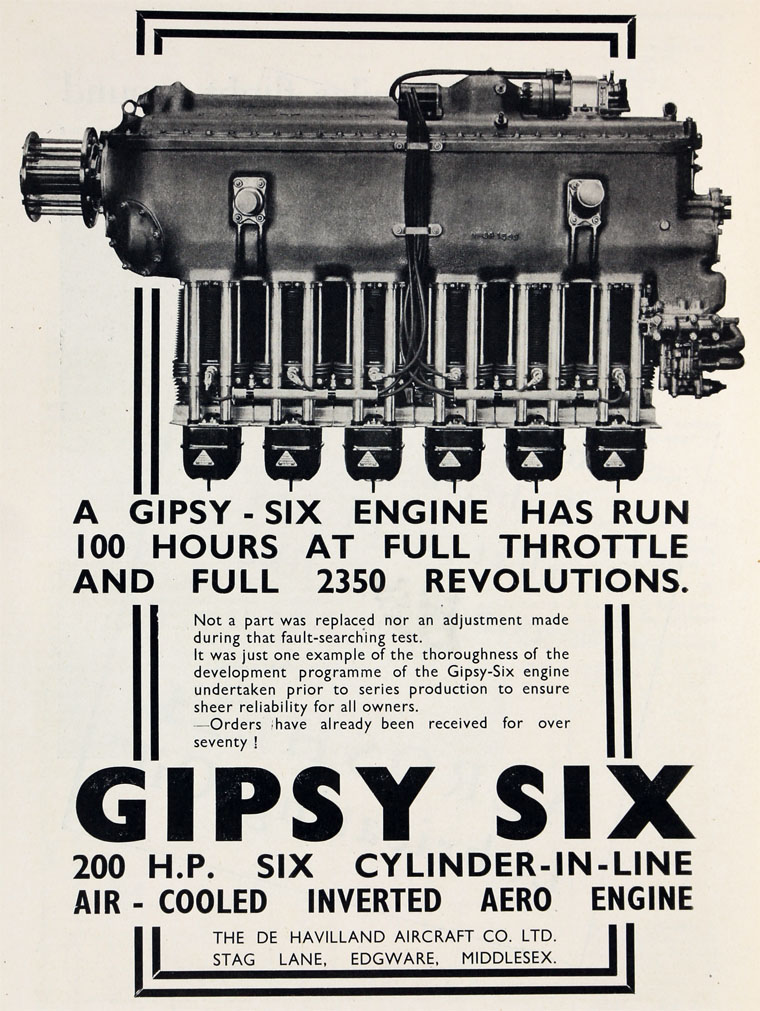 Note: This is a sub-section of De Havilland

The Gipsy went on to become one of the most popular sport aircraft engines of the inter-war period and was the engine of choice for various other light aircraft, trainers, liaison aircraft and air taxis, British as well as foreign, until long past WWII. Apart from helping to establish the De Havilland Aircraft Company as a manufacturer of light aircraft, it also established the company as an engine manufacturer in its own right.