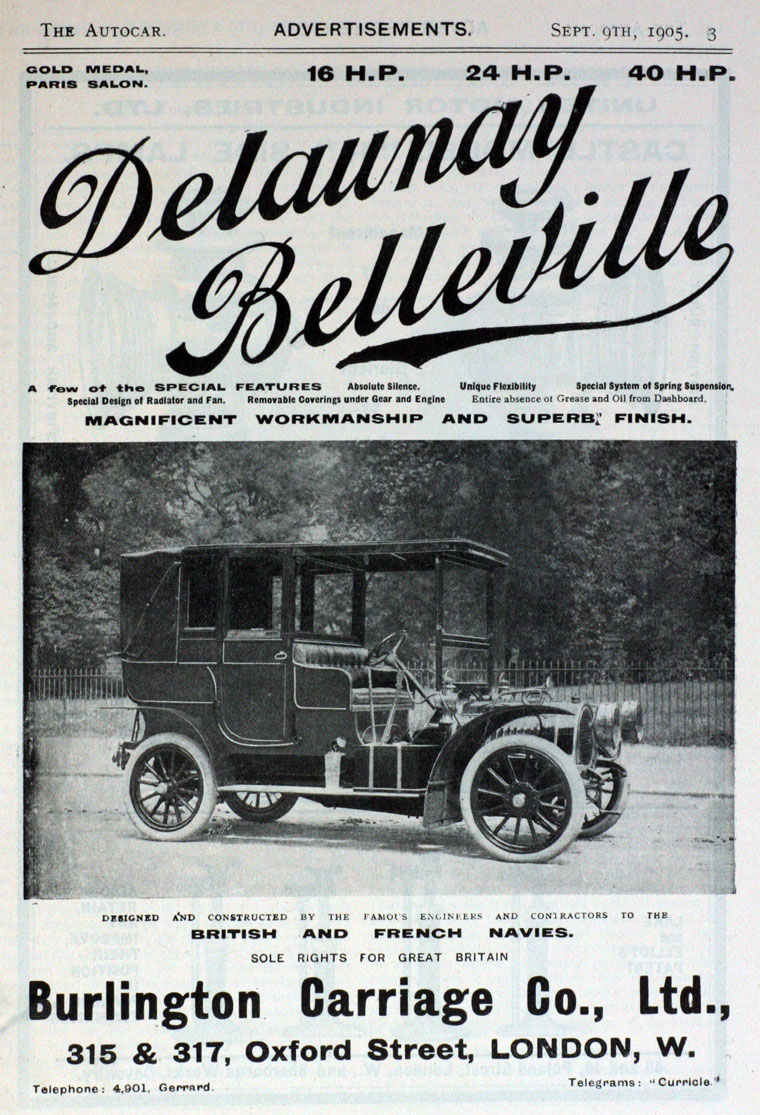 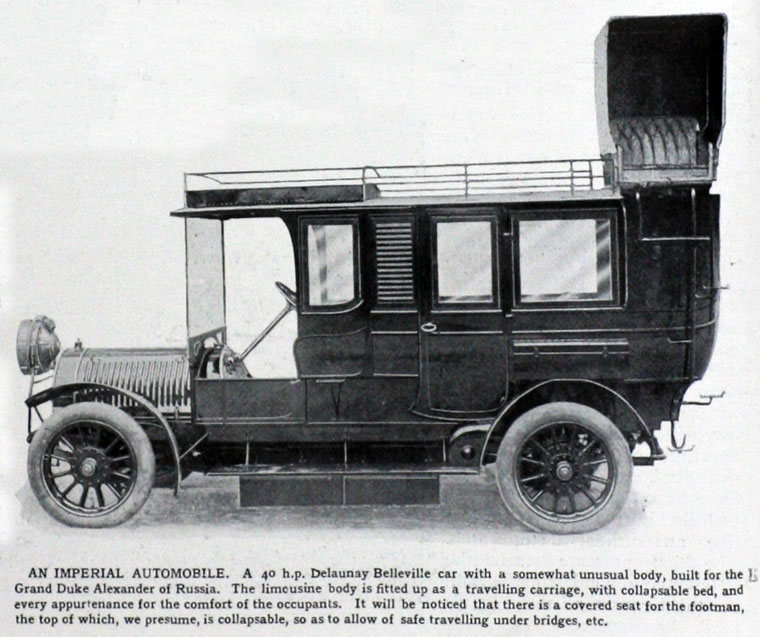 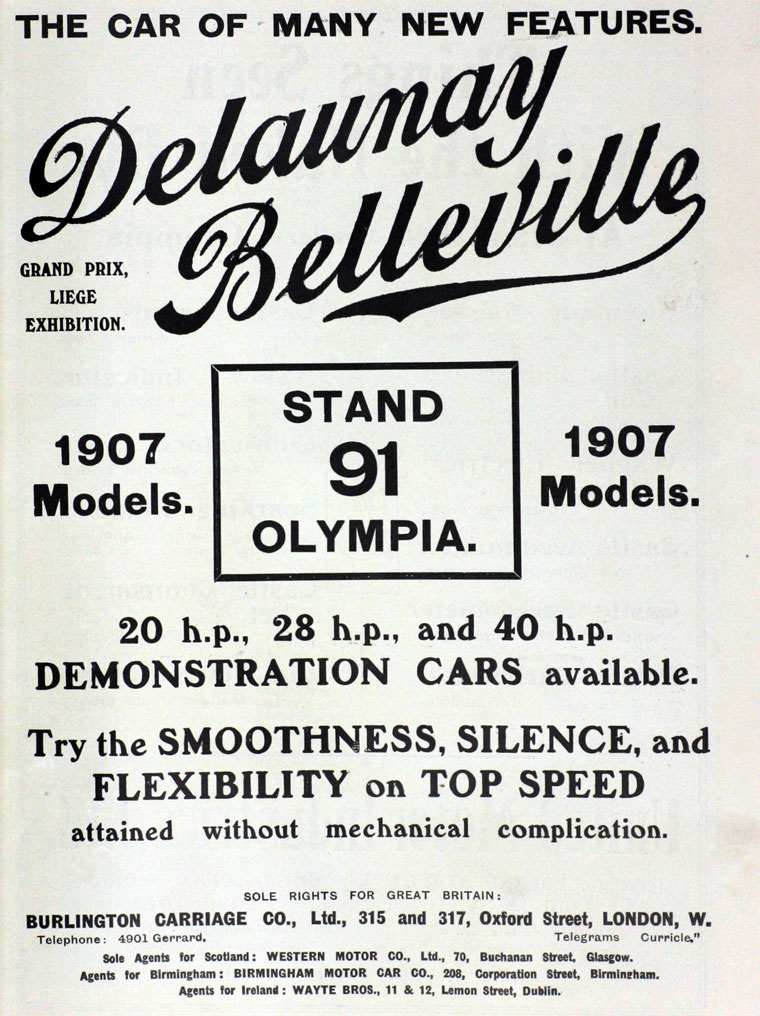 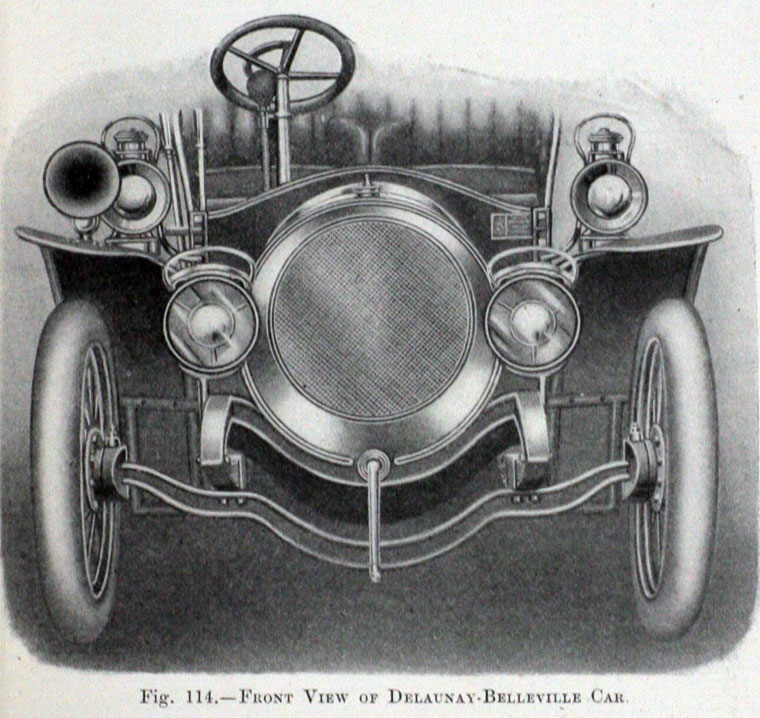 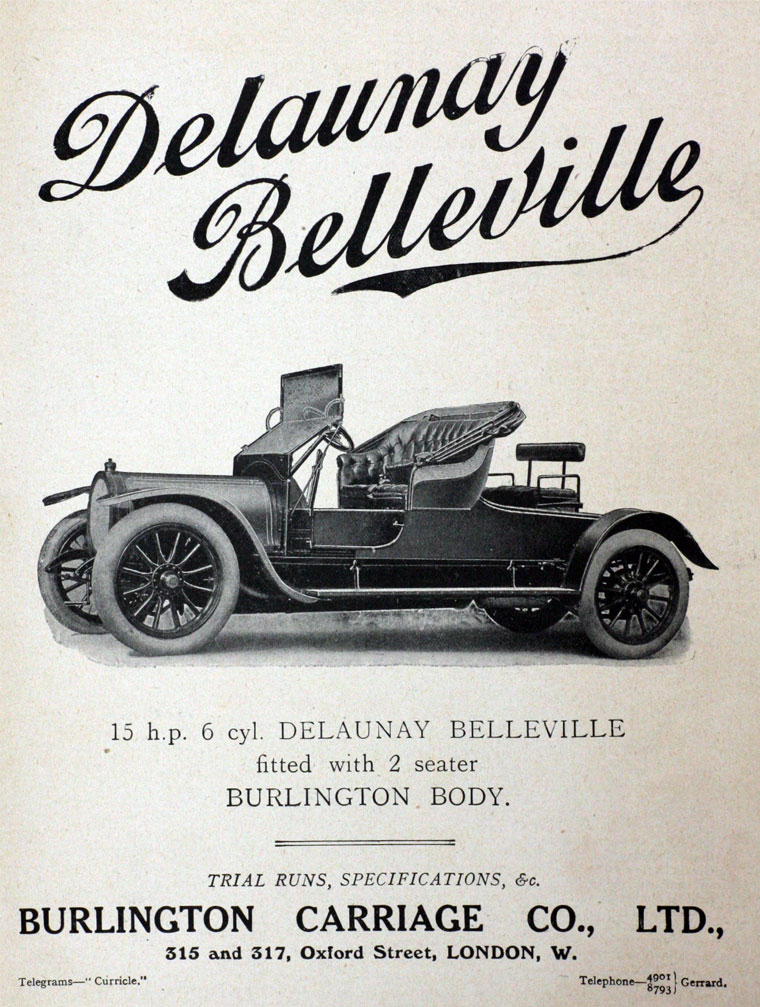 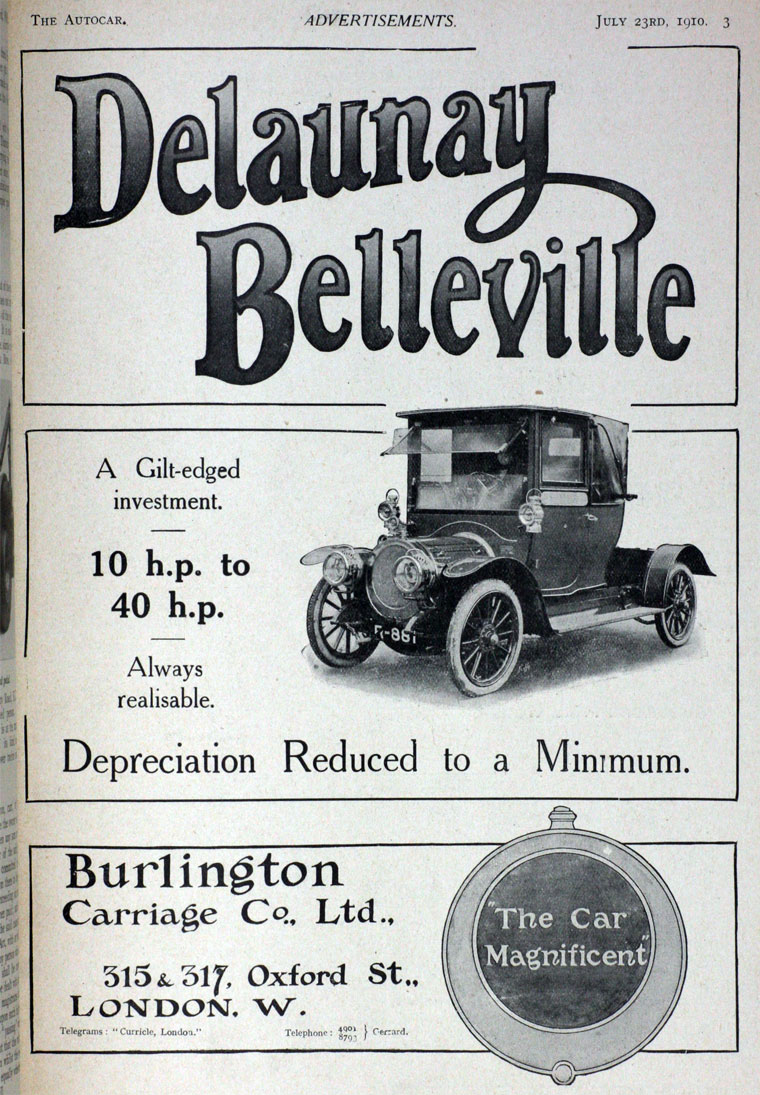 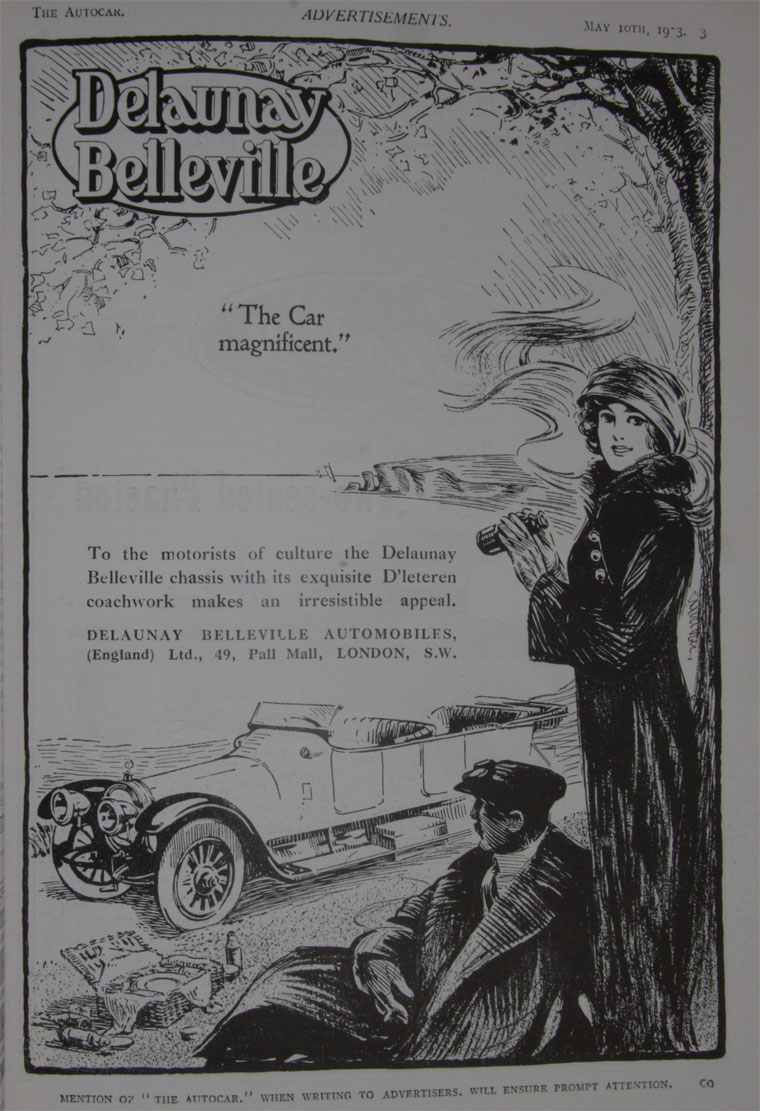 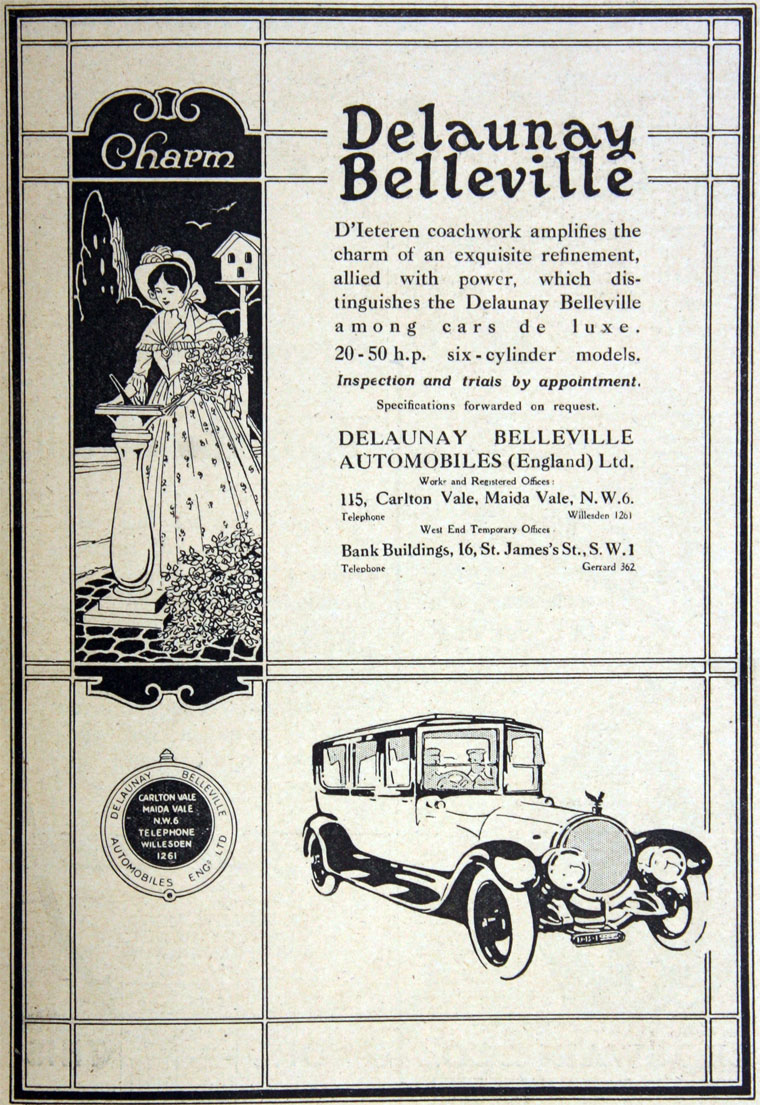 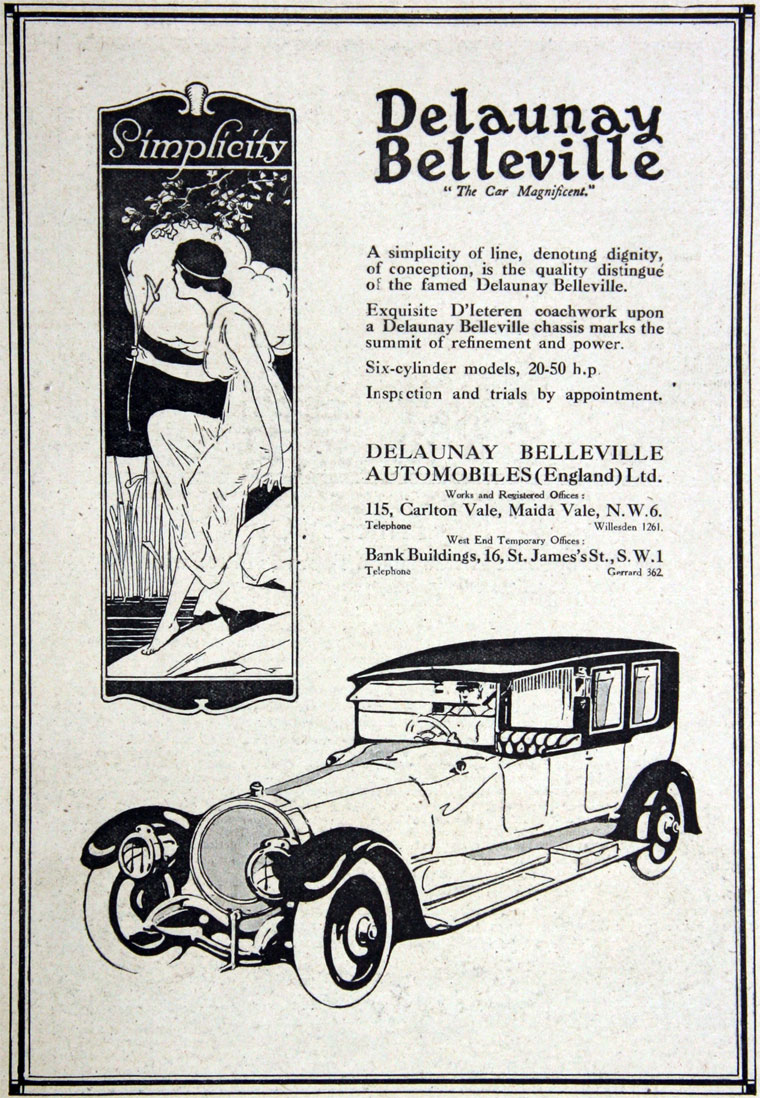 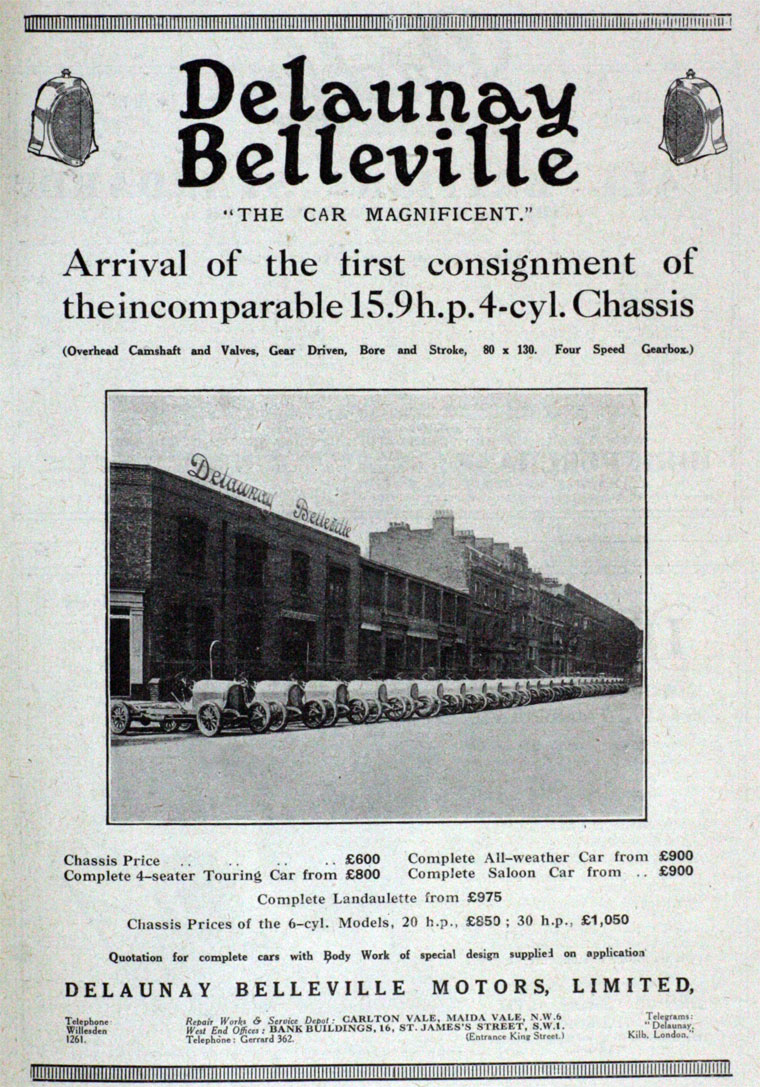 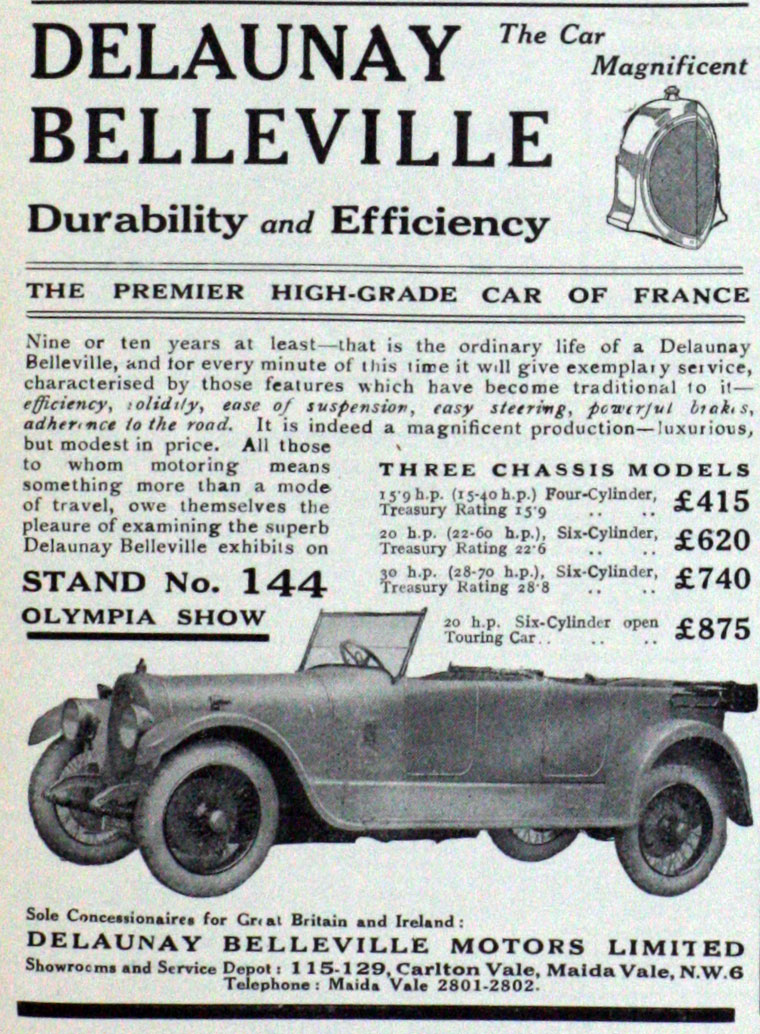 Automobiles Delaunay-Belleville was a French luxury automobile manufacturer from St. Denis sur Seine, France. At the beginning of the 20th century they were among the most prestigious cars produced in the world, and perhaps the most desirable French marque.

c.1850 Julien Belleville had been a maker of marine boilers from around 1850.

1867 Louis Delaunay (1843-1912) joined the firm in 1867 and married Delaunay's daughter changing his name to Delaunay-Belleville and succeeded Julien to become in charge of the company.

1903 S.A. des Automobiles Delaunay-Belleville was formed in 1903 by Louis Delaunay and Marius Barbarou. Barbarou's family owned the boiler making company St. Denis in Belleville, with boiler design influences inspired by the company. Marius had experience working for Clement, Lorraine-Dietrich and Benz and was responsible for design and styling.

Most of the models were powered by inline-six engines, with a few four cylinder engines. A pressurized system of pumps and oil ways for lubrication was one of the first of its kind, most cars of the day having a drip system.

By the late 1920s the Delaunay-Belleville had lost its prestige and converted to truck and military vehicles production.

In 1936 the previously separate car company was merged with the Delaunay Belleville parent.

1946 The factory was sold to Robert de Rovin and used to make minicars.