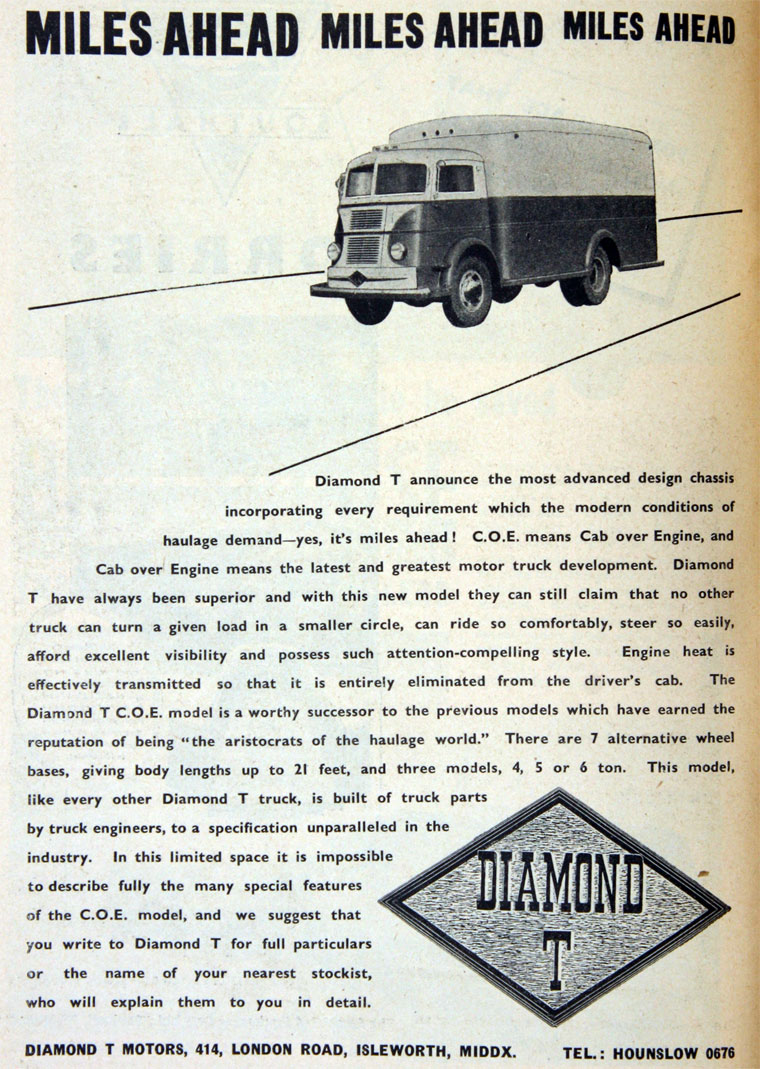 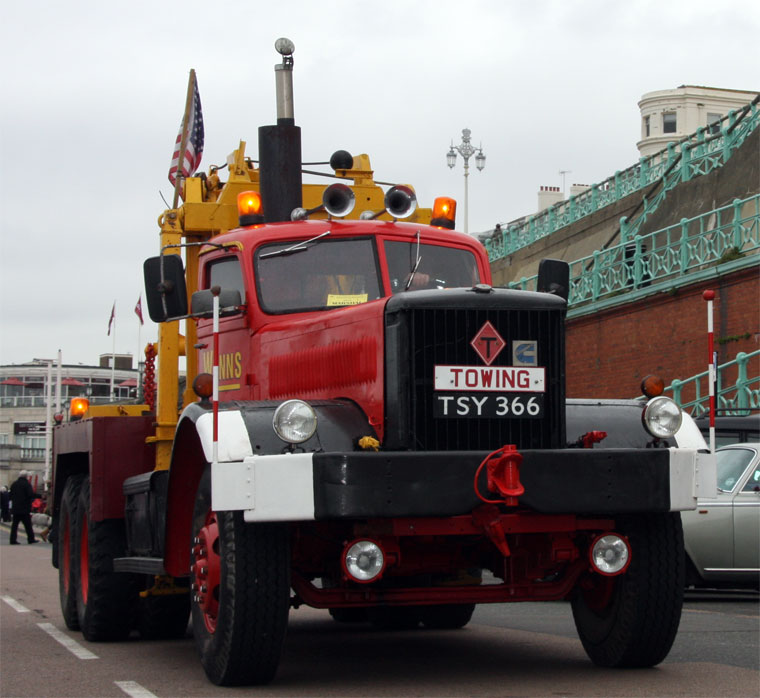 Diamond T were a North American maker who sold many models to Britain in the 1930s.

The Diamond T was an American automobile manufactured in Chicago from 1905 until 1911 by the Diamond T Motor Car Company. It was a powerful touring car (models up to 70 hp were available). The company later became known for its trucks.

By 1967, as a subsidiary of White Motor Company, it was merged with Reo Motor Company to become Diamond Reo Trucks, Inc.

During WWII, Diamond T produced a classic heavy truck in the 980/981, a prime mover which was quickly snapped up by the British Purchasing Commission for duty as a tank transporter tractor. Coupled with a Rogers trailer, the Diamond T tank transporter gave sterling service with the British Army in North Africa Campaign, where its power and rugged construction allowed the rescue of damaged tanks in the most demanding of conditions.[citation needed]

Diamond T manufactured two pickup trucks: the Model 80 and the Model 201. Both pickups were powered by the Hercules QX-series 6 cylinder engines. The Model 201 was produced from 1938 to 1949.