Grace's Guide is the leading source of historical information on industry and manufacturing in Britain. This web publication contains 148,507 pages of information and 233,942 images on early companies, their products and the people who designed and built them. 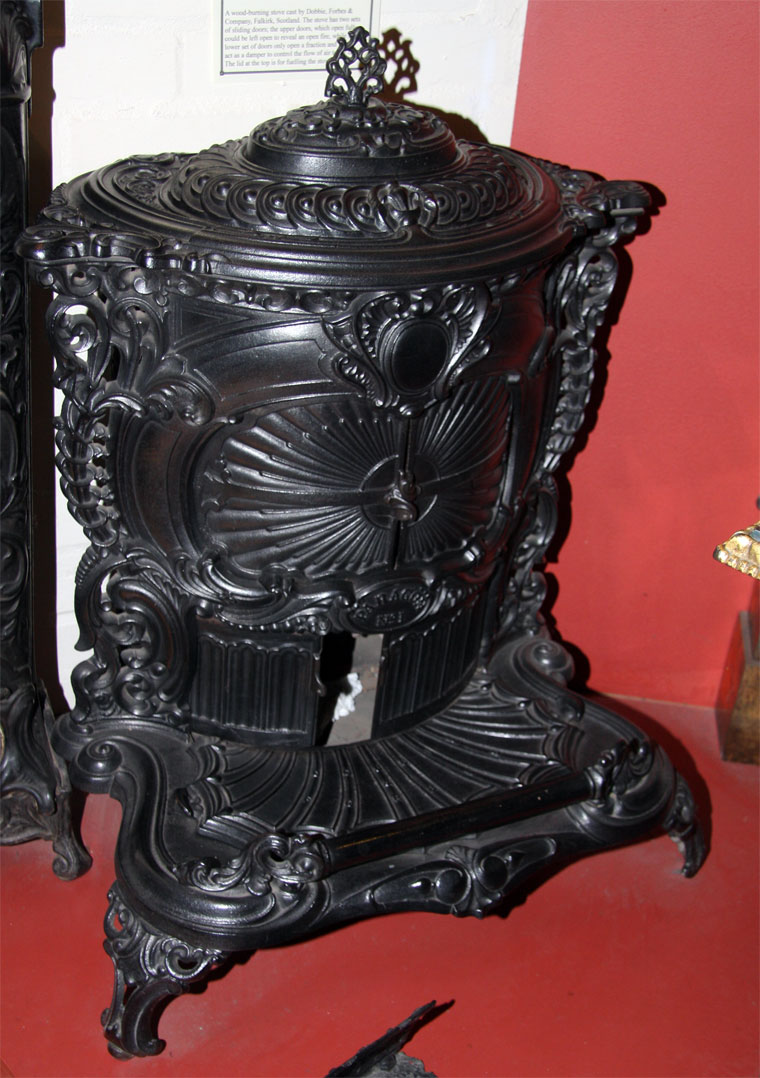 1860 Robert Dobbie, a moulder to trade, had gone from the Camelon Foundry to Ure and Co of Bonnybridge in 1860.

1864 Dobbie left Ure and Co to become assistant manager of the Smith and Wellstood warehouse at Bonnybridge, becoming manager in 1867 after the retirement of Stephen Wellstood.

1869 Dobbie left Bonnybridge to set up an iron merchant's warehouse in Glasgow, called Dobbie and Rennie. At this time, Dobbie didn't have any manufacturing capability, so, emulating the early methods of Smith and Wellstood, he had his castings made by Crosthwaite's Union Foundry at Camelon.

After this, Dobbie continued at Glasgow under his own name.

1872 Dobbie, Forbes and Co was founded at the Larbert Works by Robert Dobbie, his brother-in-law Peter Forbes, and Dick (Dobbie was married to Catherine Dick, and Forbes to her sister, Charlotte), on ground at North Broomage bought from the Russell family of Carron. Peter Forbes was described as a manufacturing chemist in Glasgow; he was also a brother-in-law of James Jones (later of James Jones and Sons, and Jones and Campbell).

The new foundry, close to the Caledonian Railway, became something of a family affair, as Dobbie soon installed his brothers within various departments. Thomas Dobbie was foreman fitter, George Dobbie eventually became foreman pattern maker, and William Dobbie was a clerk.

Robert even brought his father Scott into the business as warehouse manager and later a distant relative, Campbell Ferguson, formerly of Campbell, Ferguson and Co of Bonnybridge.

Smith and Wellstood took an action against Dobbie, Forbes and Co. at Glasgow Sheriff Court in 1874, for using their trademark 'Trafford' on ranges made by Dobbie, Forbes. The Company was fined £500 costs and forbidden to use the trade mark. He continued to make the range, but under another name, 'The Colonist'.

Their products included stoves, ranges and light castings and in 1905 had even dabbled in the construction of a motor car. After his brother's death, George Dobbie became manager, his partner being John Cameron Walker.

George Dobbie died in 1932 aged 80 years, followed not long after by Walker.

1934, Dobbie, Forbes, and Co. became part of Allied Ironfounders, with Mr J. R. Walker, son of John Cameron Walker, carrying on as manager. The name 'Allied Ironfounders' was later dropped in favour of Glynwed and then to that of the Falcon Catering Co.

1961 The name of the company was changed to Larbert Foundry Ltd.

2002, the Falcon Catering Company intimated that they planned to vacate their premises in Foundry Loan, Larbert, and move to a new site at Carronshore. However, the company finally moved to a Stirling location in 2003, and in 2005, the Works and offices in Foundry Loan were demolished.