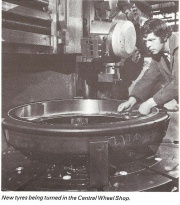 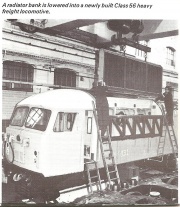 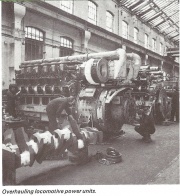 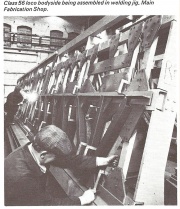 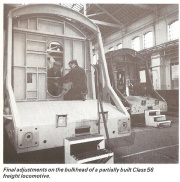 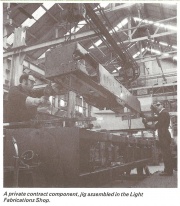 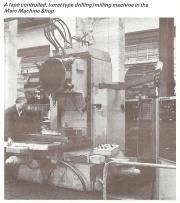 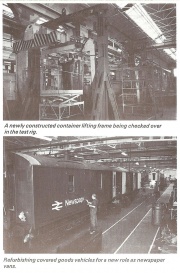 Doncaster railway works is in the town of Doncaster. Always referred to as "the Plant", it was established by the Great Northern Railway in 1853, replacing the previous works in Boston and Peterborough. Until 1867 it only undertook repairs and maintenance.

In 1866, Patrick Stirling was appointed as Locomotive Superintendent, and the first of the 875 class was built in 1886. At this time the works also began building new coaches, with, in 1873 the first sleeping cars, in 1879 the first dining cars in the United Kingdom and, in 1882 the first corridor coaches. By 1891, 99 locomotives, 181 carriages and 1,493 wagons were being built in the year.

Among the locomotives the works produced were the Stirling Singles, the Ivatt Atlantics and the Gresley Pacifics, including the world famouse 'Flying Scotsman', the first locomotive to achive 100 mph and also run from London King's Cross to Edinburgh Waverley non-stop; and Mallard' which achived the top speed of 126 mph on the 3rd of July 1938 to become the worlds fastest steam locomotive, a record that she still holds to the present day. These have hauled such trains as the 'Flying Scotsman', 'Silver Jubilee', 'Coronation' and the 'Elizabethan'. Doncaster also constructed the carriages for the last of these.

The works continued building all kinds of rolling stock. During World War II, like other workshops it joined in the war effort, among other things, producing Horsa gliders for the D-Day airborne assault. The carriage building shop was destroyed by fire in 1940. New buildings in 1949 were designed with the BR standard all-steel carriages in mind.

In 1957, the last of over two thousand steam locomotives was built and, in 1962, carriage building finished, but the works was modernised with the addition of a diesel locomotive repair shop.

2003 July: 'The Plant' celebrated its 150th anniversary, with an open weekend, a link to the picture gallery for the weekend can be found below.