Grace's Guide is the leading source of historical information on industry and manufacturing in Britain. This web publication contains 138,132 pages of information and 223,036 images on early companies, their products and the people who designed and built them. 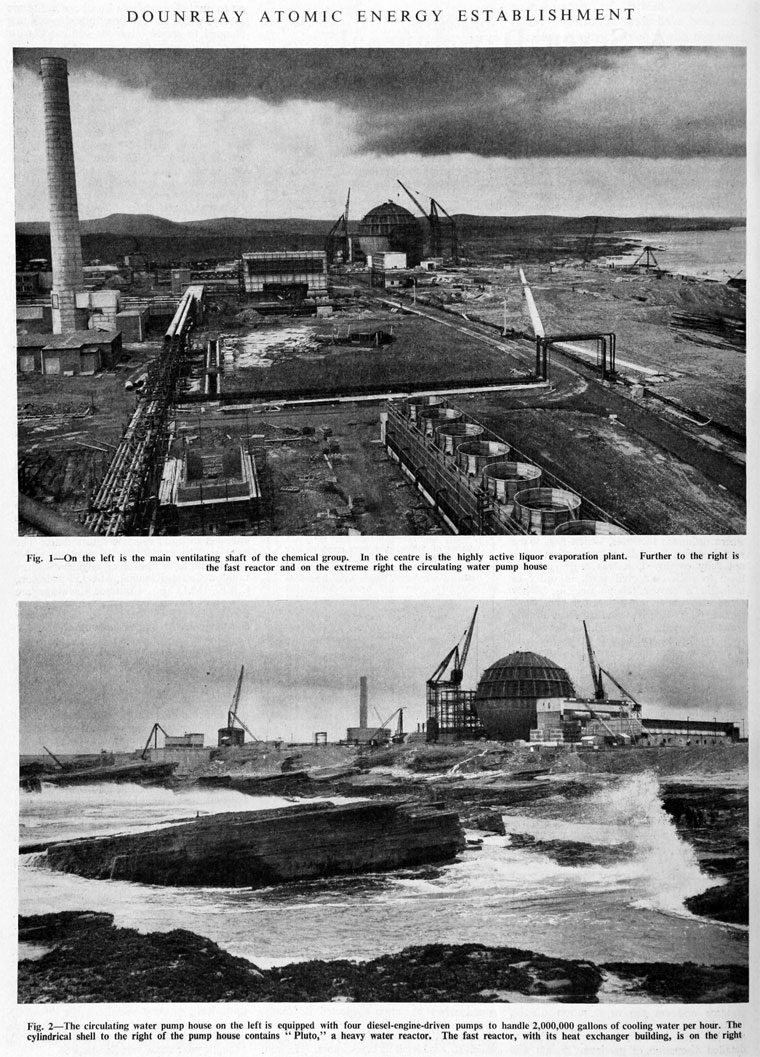 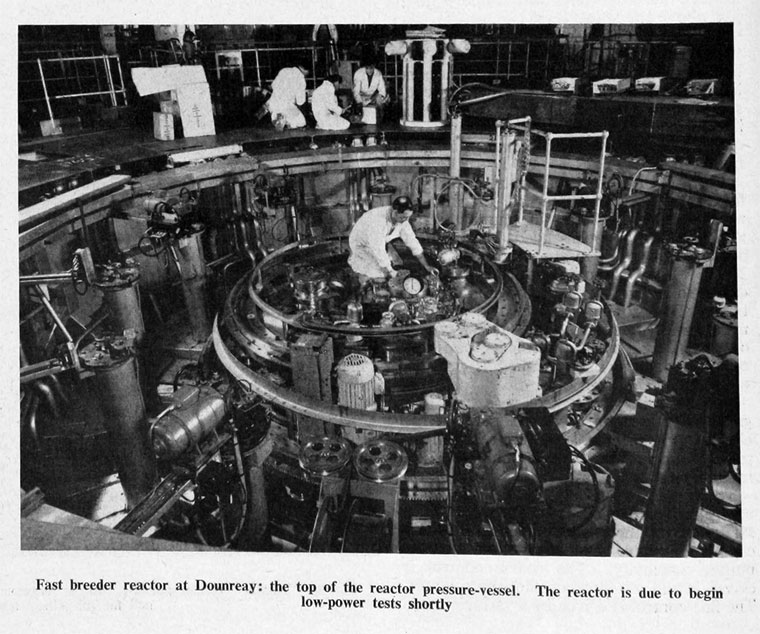 at Dounreay, near Thurso, Caithness, Scotland

Constructed to test the effects of irradiation on metals. It was the first operational reactor in Scotland to achieve criticality (in May 1958).

The reactor was contained in a steel pressure containment vessel 21.2m in diameter and 22.7m high. It had an output of 25 MWth (this was initially 10 MWth).

Housed inside the iconic steel sphere, it was built between 1955 and 1958 to test the breeder reactor concept, and delivered 14MW to the National Grid. It closed down in 1977.

The PFR was constructed to demonstrate the commercial feasibility of the system for power generation, as well as providing R&D facilities. The compact sodium-cooled reactor supplied steam to conventional plant at conditions typical of contemporary fossil-fired and Advanced Gas Reactor power stations. It was designed to produce 250 MWe at high efficiency. Construction started in 1968 and PFR went critical in 1974.

The English Electric Co was responsible for the design and supply of the conventional plant and for the reactor's sodium pumps.

In the late 1980s it was decided not to further develop the fast breeder concept in the UK, and the reactor was finally shut down in 1994.