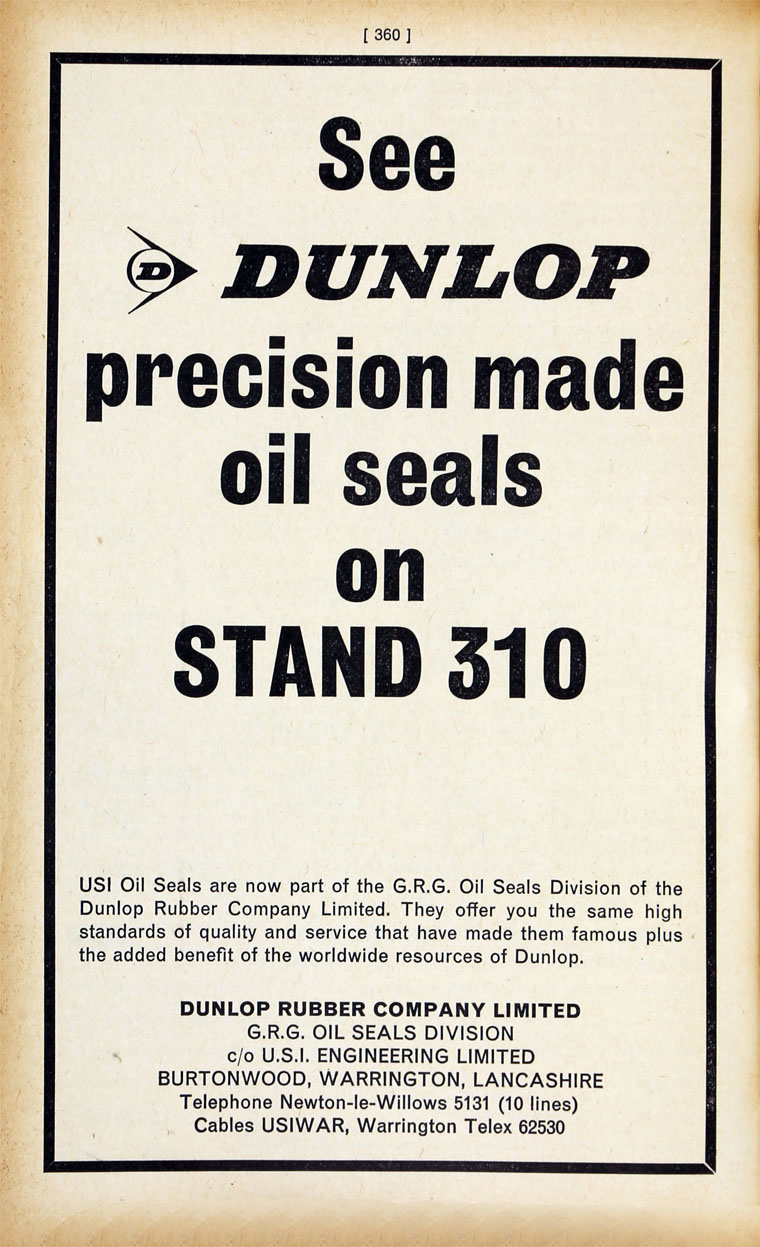 Note: This is a sub-section of Dunlop Rubber Co

The General Rubber Goods Division of Dunlop, of Manchester.

1933 the General Rubber Goods Division was one of the 4 divisions of Dunlop.

By 1966 was manufacturer of a wide range of rubber-based products for industry including printers' blankets and rubber-to-metal bonded components for industry; a new factory was built at Skelmersdale[2]

1967 In a joint venture with Dracone Developments, with funding from the National Research Development Corporation, Dunlop had produced the Dracone barge, a flexible towable vessel for transporting liquids by sea[4]

1968 Made the flexible skirts for the SR.N4 hovercraft[5]