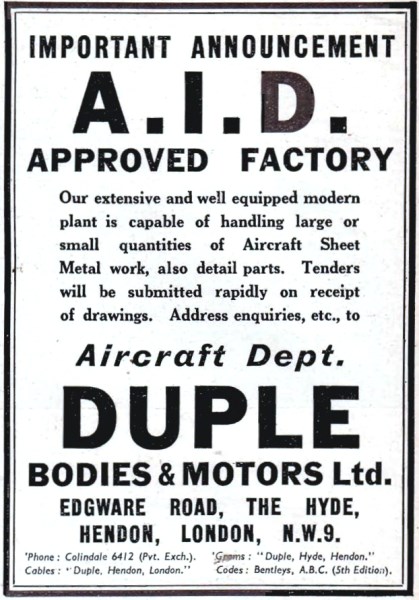 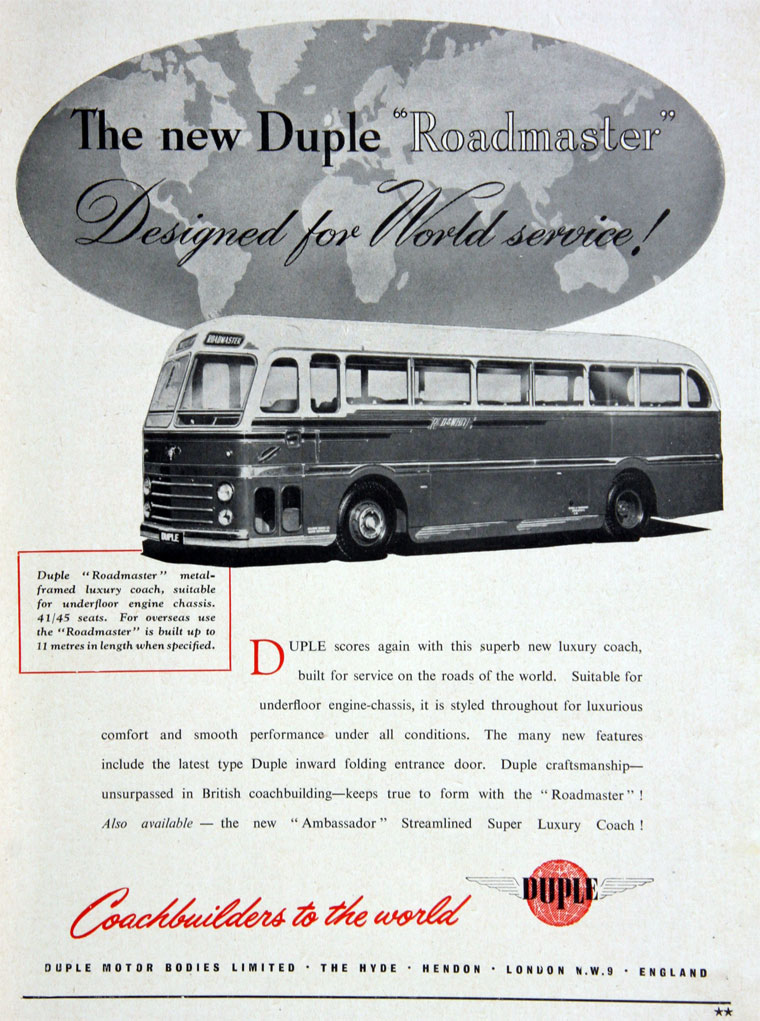 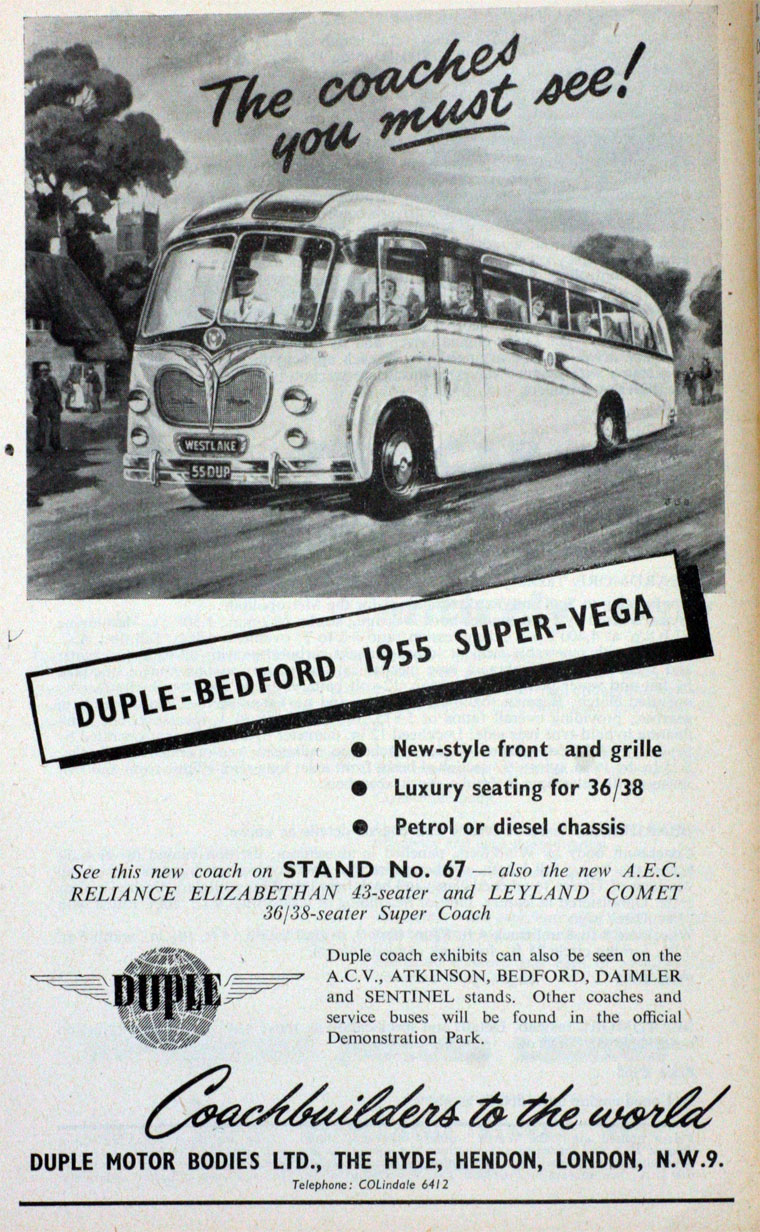 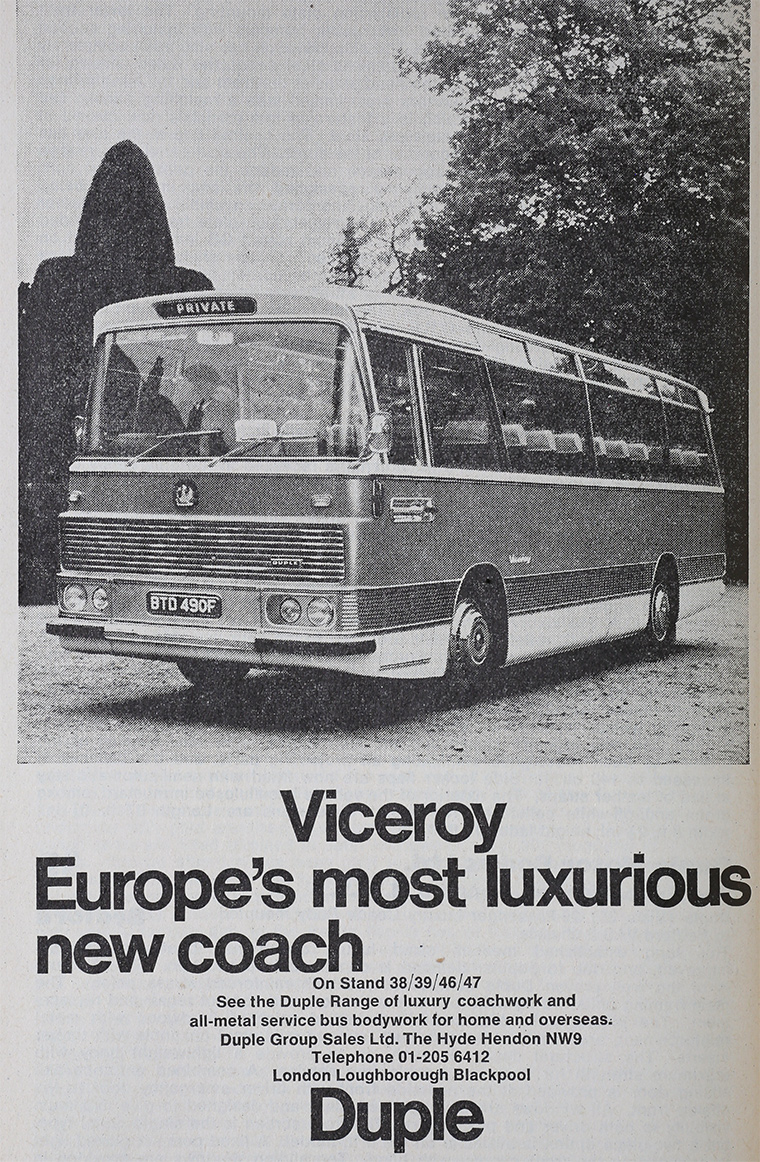 Duple was a bus and coach bodybuilder of London

1928 W. E. Brown joined as a partner. His sons Richard and Denis later joined the business.

1974 Developed a prototype three-axled semi-articulated bus, in which the engine and auxiliary services are carried on a demountable extension behind the passenger carrying section.[2]

1984 Duple exhibited the Integral 425 model at the Motor Show.

1989 Plaxton's bought the manufacturing rights for the coach products of its main domestic competitor, Duple, for £4 million.