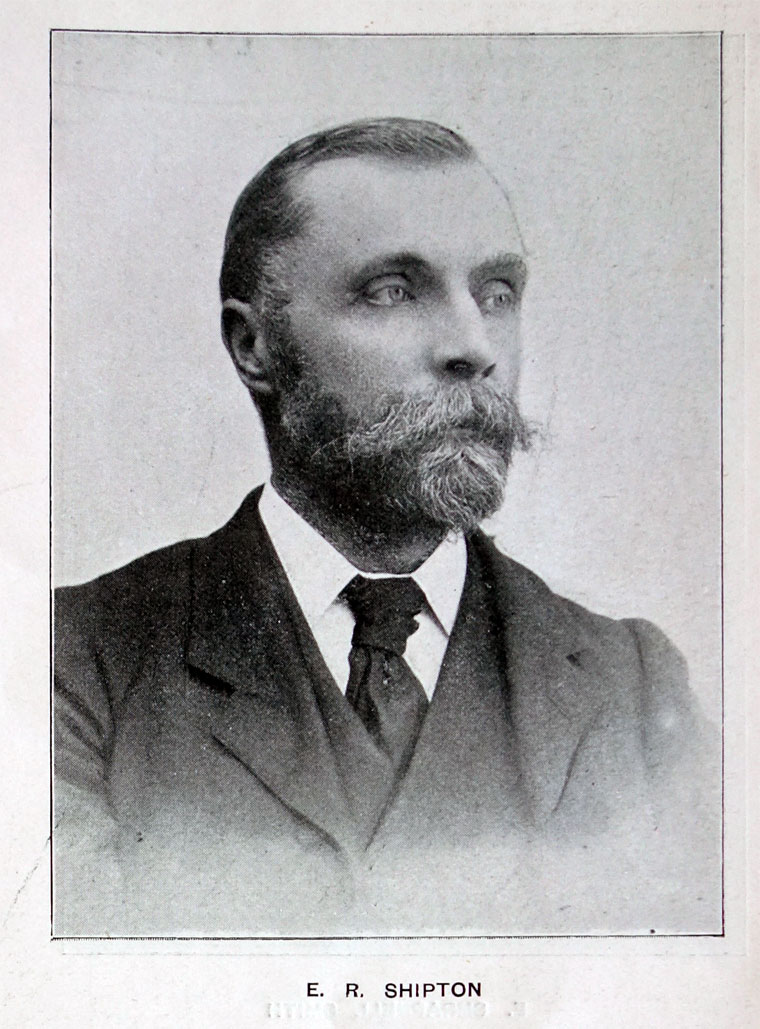 1905 Letter to The Times concerning motorcycling in Europe.[1]

1911 Clerk to the Royal Automobile Club

SHIPTON, E. R.- Born at Stroud on 10th April, 1854, was educated privately, and was in 1867 one of the pioneers in riding a bicycle. In 1878 he helped to start the B.T.C., now so well known as the C.T.C., of which in 1883 he accepted the secretaryship, which he still holds. Amongst his principal pursuits are cycling, golf, photography, mechanics, and automobilism. Mr. Shipton rides a motor bicycle, and first took an interest in self-propelled vehicles when the Self-Propelled Traffic Association was formed, under the presidency of Sir David Salomons, Bart., when he was elected to the Council of the same, and served thereon until its absorption by this Club. He is a Founder Member of the Club, being a member of the Committee since the start.