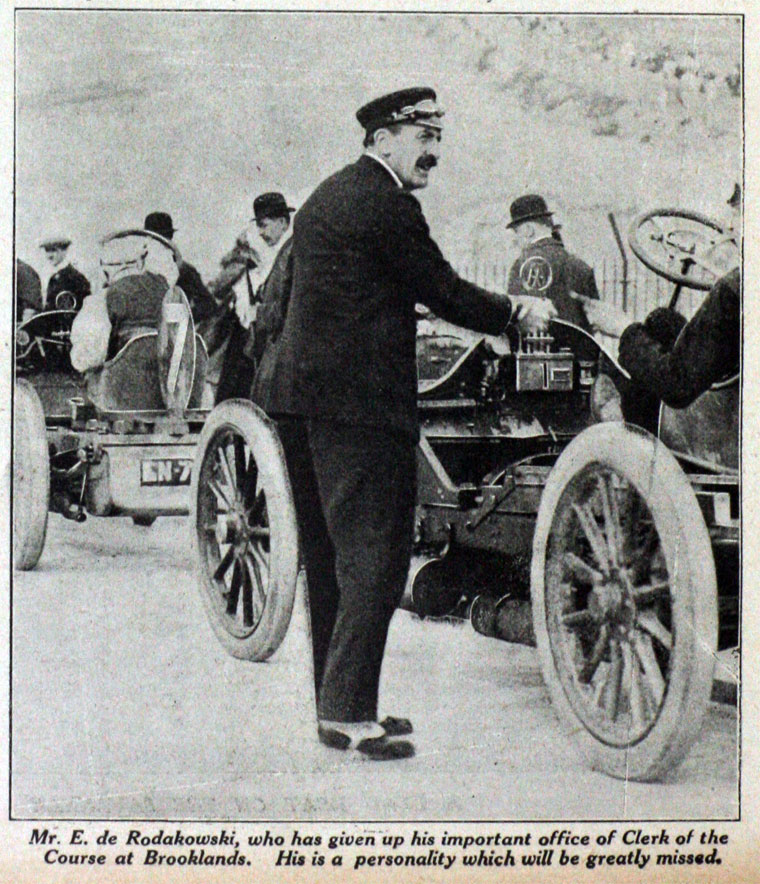 E. de Rodakowski was manager of the Brooklands track until 1909 when he was succeeded by Major Lindsay Lloyd.

1914 Changed surname.'ERNEST OTTO MAX DE RODAKOWSKI, of Oxford Mansion, Oxford-circus, in the county of London, Gentleman, do hereby give notice, that I have assumed and intend henceforth upon all occasions and at all times to use and be called and known by the surname of Rodakowski-Rivers instead of the surname of de Rodakowski...'[4]