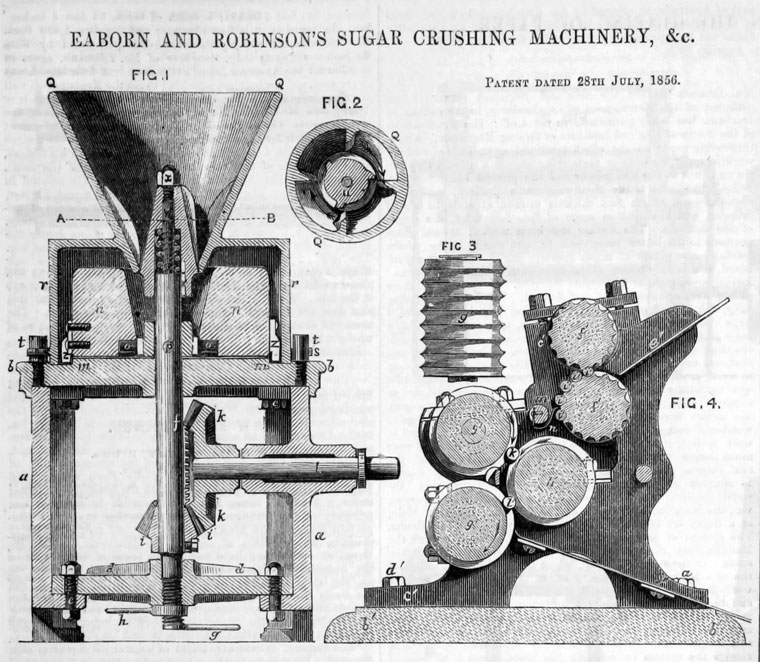 Makers of stationary steam engines (table engines) and machinery for the confectionery industry.

1855 Advertisement: 'MALT CRUSHERS. PUBLICANS, MALSTERS, AND OTHERS are respectfully informed they can be supplied with MALT CRUSHERS, As authorised by Act of Parliament, at Prices considerably lower than any yet offered. MAY BE SEEN AT WORK ON THE PREMISES, And every article warranted. EABORN AND ROBINSON, ENGINEERS AND GENERAL MACHINISTS, CLEMENT-STREET, SAND PITS, BIRMINGHAM'[1]

1856 Patent. 'Edmund Eaborn and Matthew Robinson, Engineers, trading as Copartners, and carrying on business in Clement-street, Birmingham, in the county of Warwick. Certain improvements in machinery to be used for confectionary purposes.'[2]