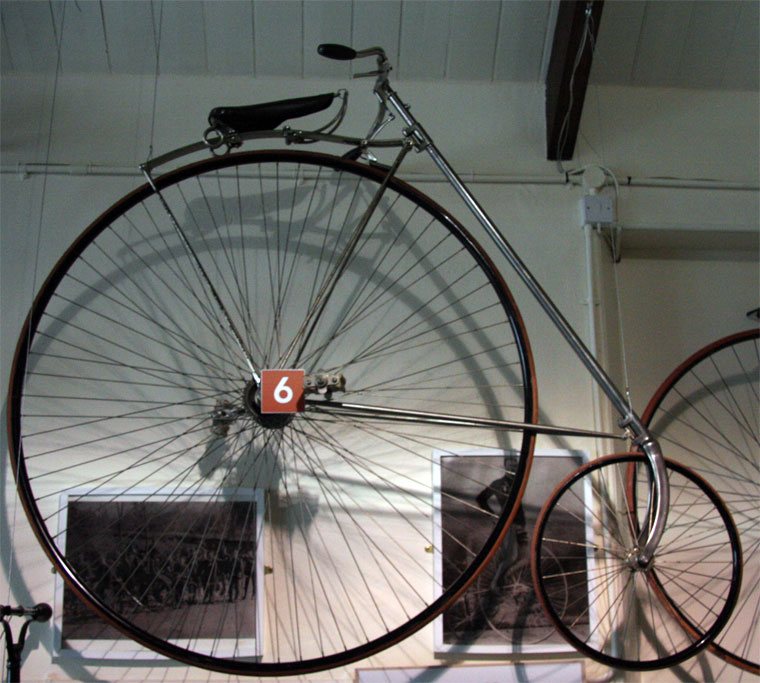 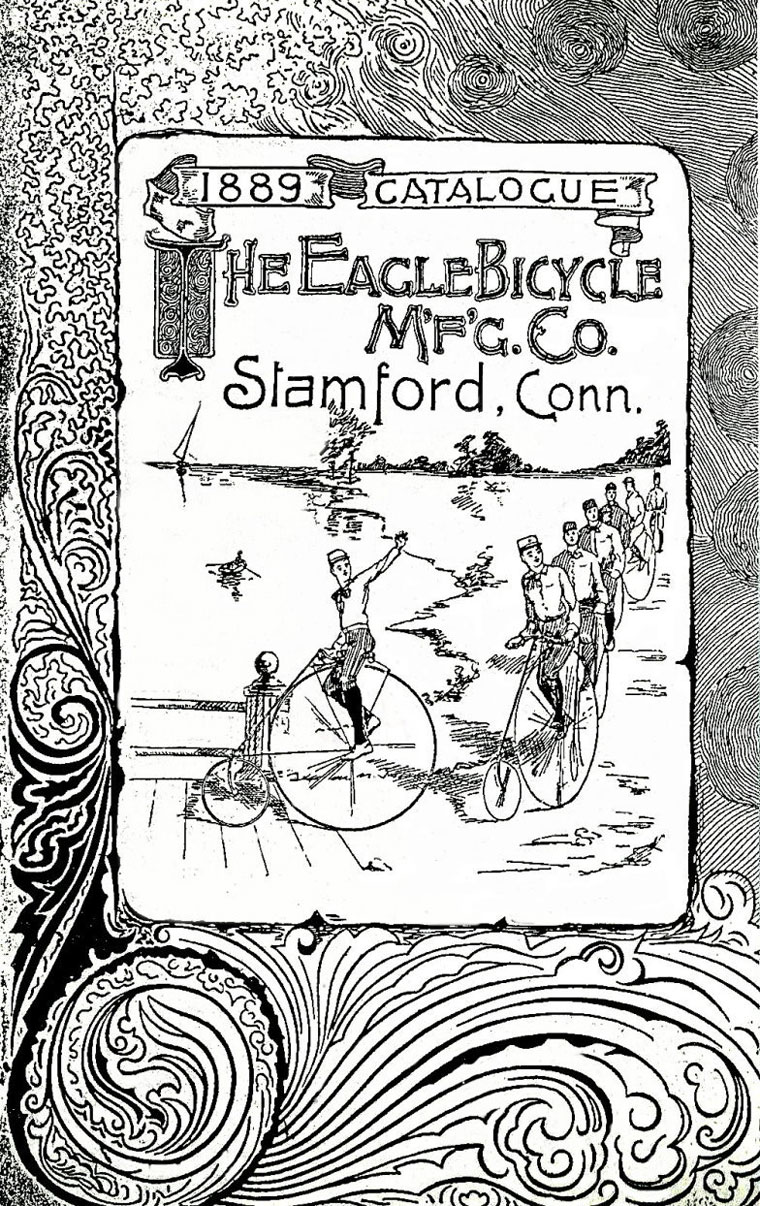 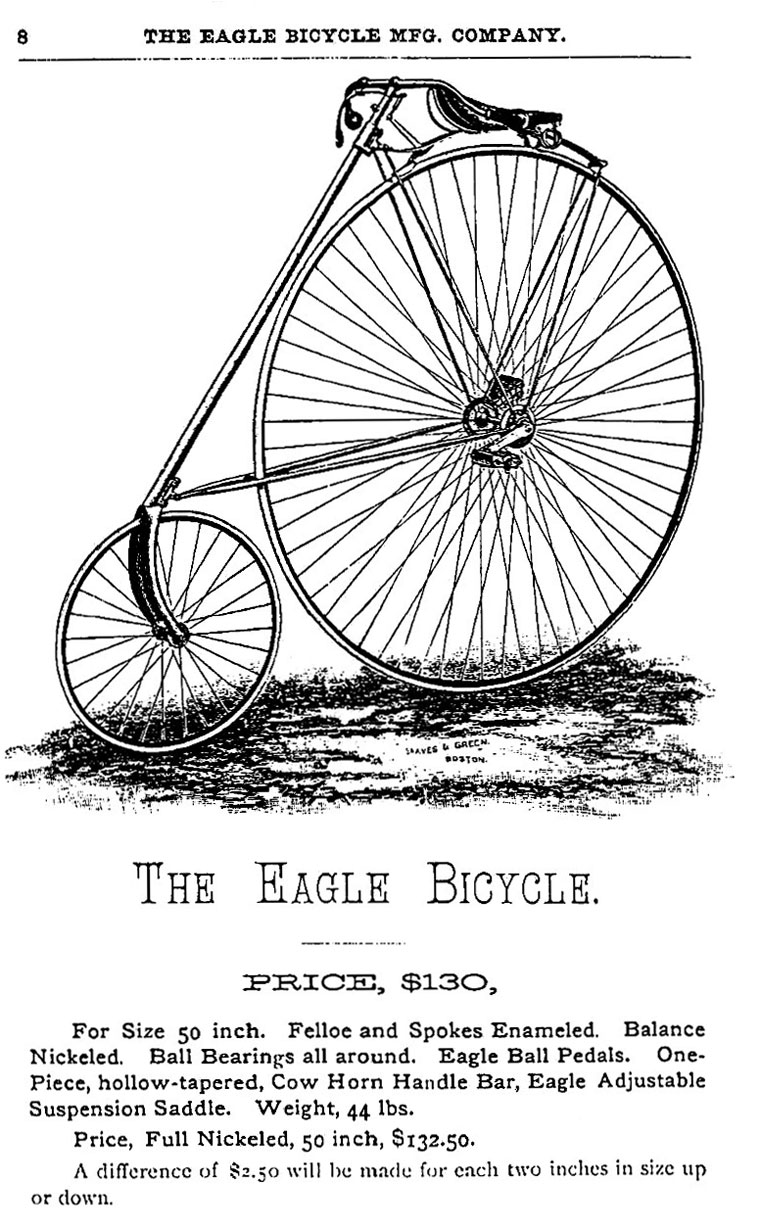 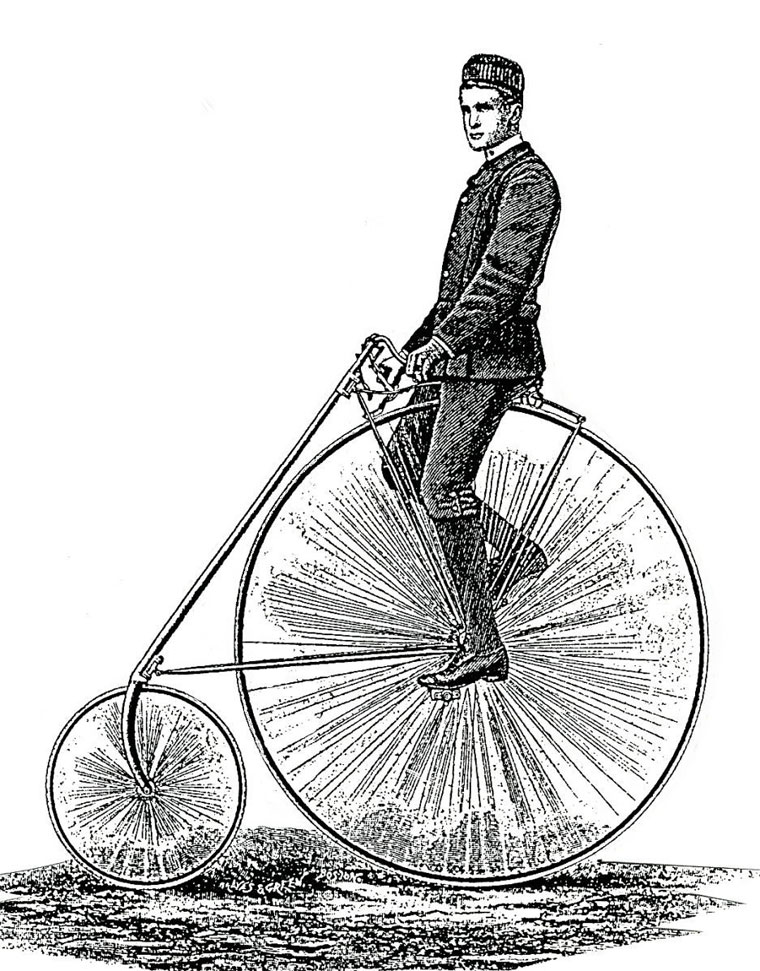 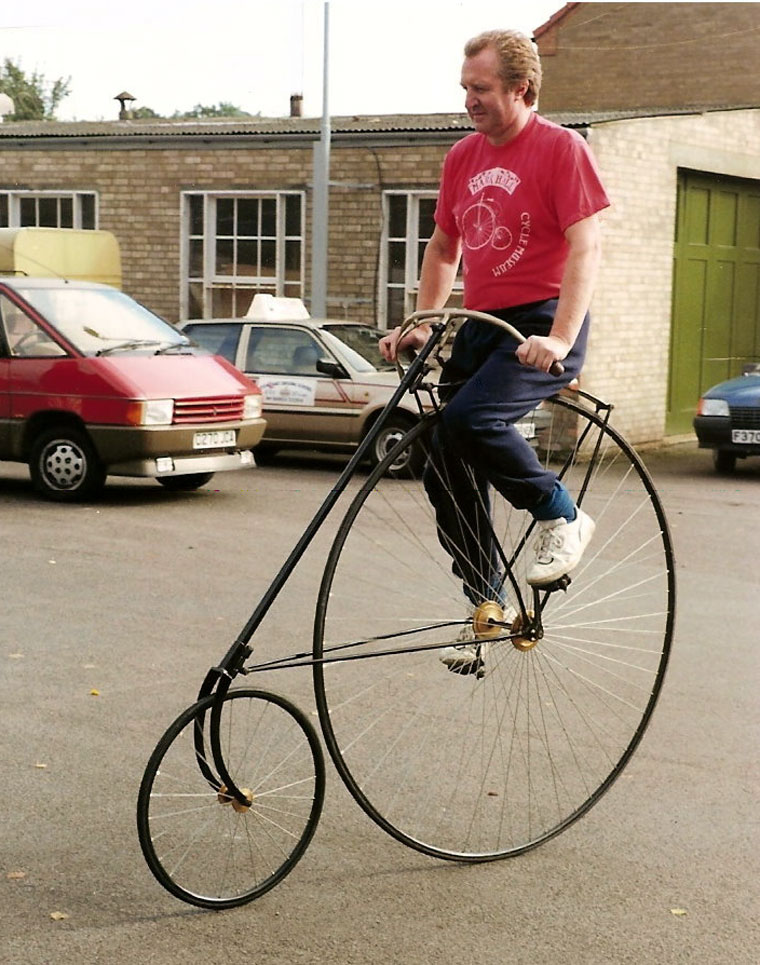 Imported in to the UK by British-American Import Co.

Following script taken from the ‘Introduction’ on page one of the 1889 Catalogue:-

'In bringing before the public a wheel of the character of The Eagle, a few words regarding its origin may not be amiss. It has doubtless occurred to many during tears past, that the crank motion might be applied to a machine somewhat of this form; but the question which immediately arose was, could a rider retain his seat so nearly over the center balance of the large wheel ? and would he not shoot the machine out from under him the moment he put any forward power upon the pedals ? from general appearances it looked very much as though this would be the case. Thus, the principle stood underdeveloped until the year 1886, when L. B. Gaylor of Stamford, Conn., having been a rider since the advent of the bicycle in this country, conceived the idea that this form of bicycle would be not only practical, but would possess many important advantages over any machine then in use. After considerable successful experimenting he designed a machine, had it strongly patented in the United States, and in the principal foreign countries. He then had built a trial machine of the best material and workmanship, which was put in constant use and subjected to the most severe tests. The new machine quickly proved itself to be fully equal to all others in essential points, to be remarkably fast and light running, and to possess qualities of safety which were unequalled.'

This machine being of entirely American origin, it was given the appropriate name of “ The Eagle” by which it has since become widely known.

Original Eagle machines are extremely rare due to arriving late upon the ‘High-Wheel’ scene, and only being in production for approx three years before the early safety bicycle design of today confined this and other high-wheel machines to the past.

The Eagle is often confused with the earlier USA made, Star machine due both types looking geometrically similar especially with the rider seated on the large wheel, the Star though had clutches to each side of the hub and driven by levers whereas the Eagle had a much simpler crank and pedal design.

Both though are considered as ‘Safety’ machines as against the Ordinary Bicycle which when ridden carelessly was prone to tipping the rider over the front, something impossible on the Eagle and Star machines.

In the late 1980’s, Mr Bill Silvester of Waterlooville, Hants made five copies of an Eagle, after obtaining original drawings from Mr Gary Woodward of the USA. One of Mr Silvester’s Eagles is currently on display at the National Cycle Collection in Wales.

Tony Pickering of Leicester owns a Silvester copy and writes; 'having ridden an Eagle, I cannot overstate the difficulty one experiences when attempting to mount in the manner described in the catalogue BUT once mounted, one method of dismounting is to simply lean back and move your weight to the rear which then lifts the front wheel very high in the air as the machine becomes almost stationary and then wait until your feet naturally reach the ground. This method can be exhilarating for the rider and spectacular for those watching. The more elegant and simple method of dismounting is to slow and then use a pedal as it reaches the bottom of the stroke, then simply step off to the side, which is the reverse method for mounting the Eagle. To mount, as the catalogue states; the rider runs at the side of the machine and as the pedal stroke reaches bottom centre the rider places the outside foot on to the pedal which then lifts the rider in to the saddle . . easier said than done, I can assure you!' [1]