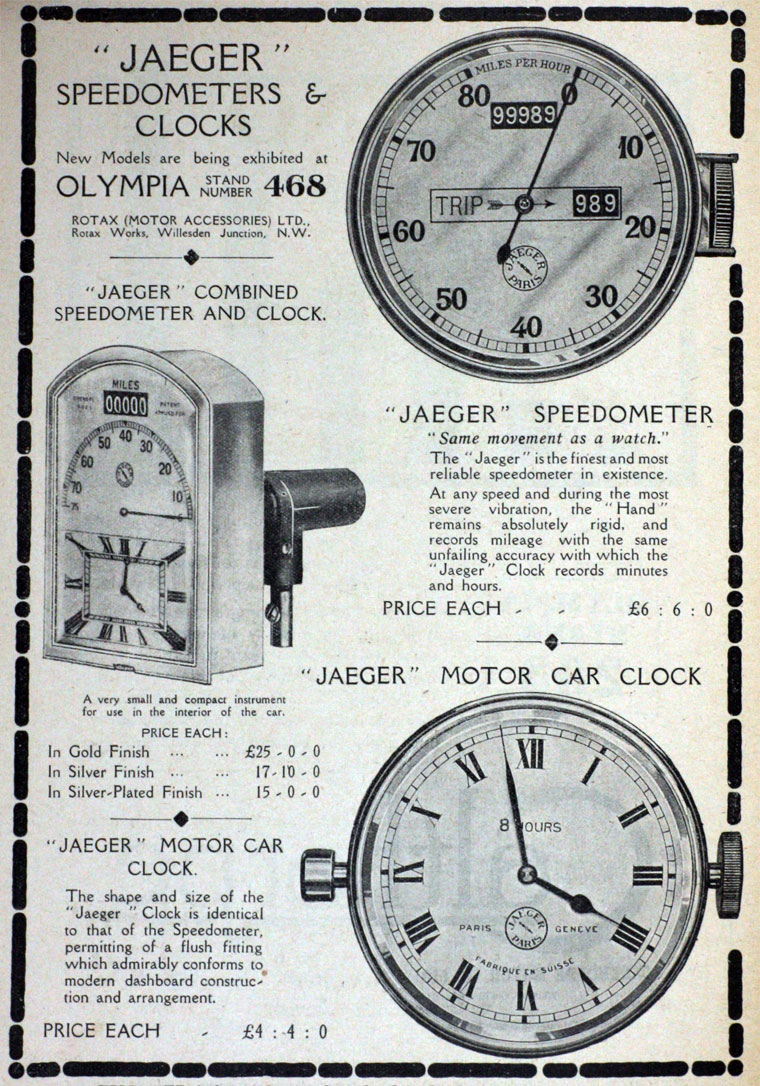 1922 Jaeger Speedometers were exhibited by Rotax (Motor Accessories); these were made in France from Swiss parts (see advert)

The 1930 Bentley Speed Six also features gauges made by Jaeger and a clock by S. Smith & Sons.

1937 the company name was changed to British Jaeger Instruments Limited.