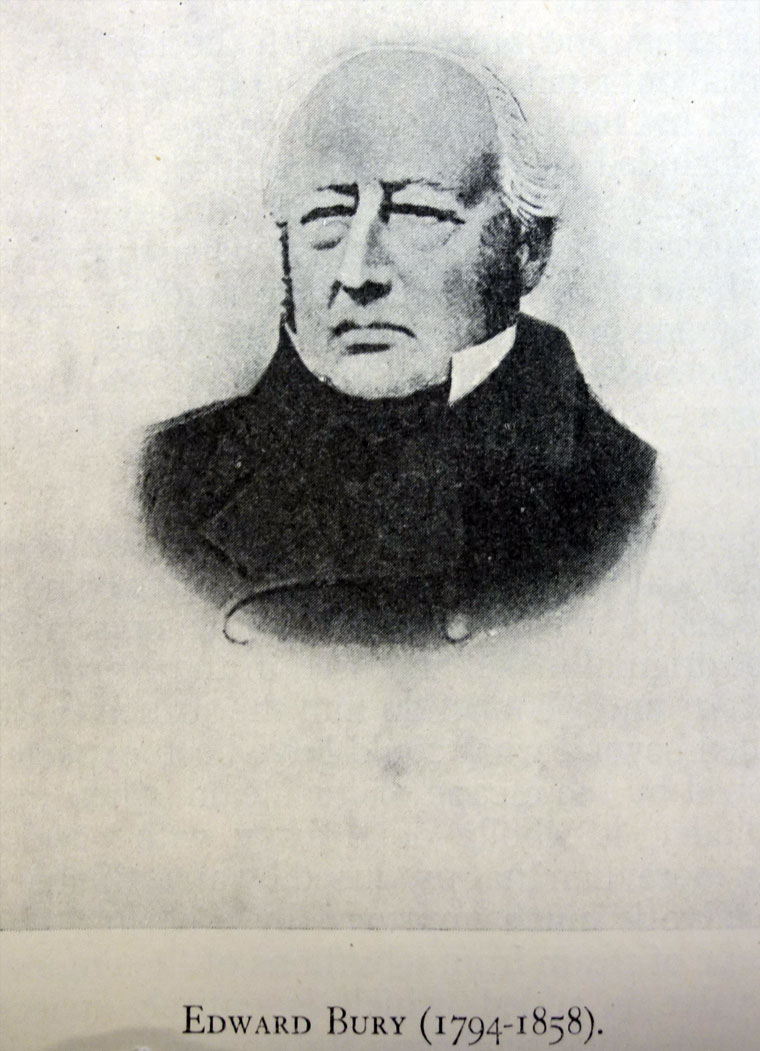 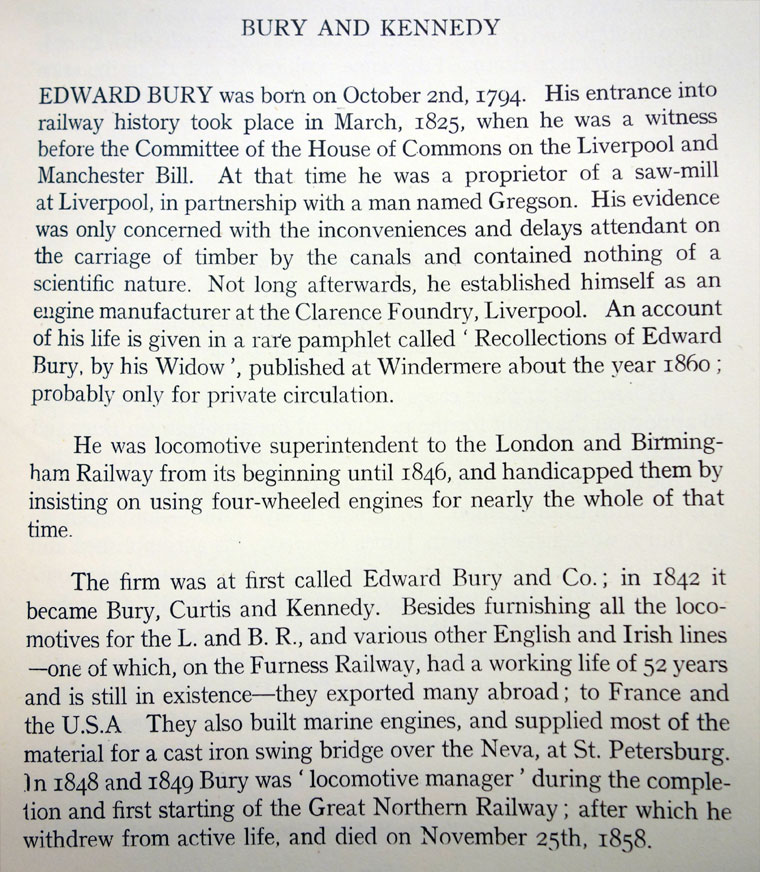 1794 October 22nd. Edward Bury was born at Salford, near Manchester

He was educated in the city of Chester. From an early age he was interested in machinery and showed ingenuity in constructing models.

1823 He formed Edward Bury and Co at Liverpool as a manufacturer of engines.

c.1840 Introduced a series of improved engines for the steamboats used on the Rhône, which attracted much attention on the continent and led to his being consulted by the directors of many railways then being constructed in Europe.

He subsequently undertook the management of the whole of the rolling stock for the Great Northern Railway.

In 1844 Bury was elected a fellow of the Royal Society

1849 Dissolution of the Partnership formerly existing between Edward Bury, Timothy Abraham Curtis, James Kennedy, and John Vernon, under the firm of Thomas Vernon and Co., in and near Liverpool, as Iron Ship Builders, Boilermakers, and Smiths, which ceased on the 31st March[2]

He resigned from the Institution of Civil Engineers in 1857, having retired from his professional work.

1858 November 25th. Died age 64at East Villa, Scarborough, and was survived by his wife.