Grace's Guide is the leading source of historical information on industry and manufacturing in Britain. This web publication contains 142,049 pages of information and 227,612 images on early companies, their products and the people who designed and built them. 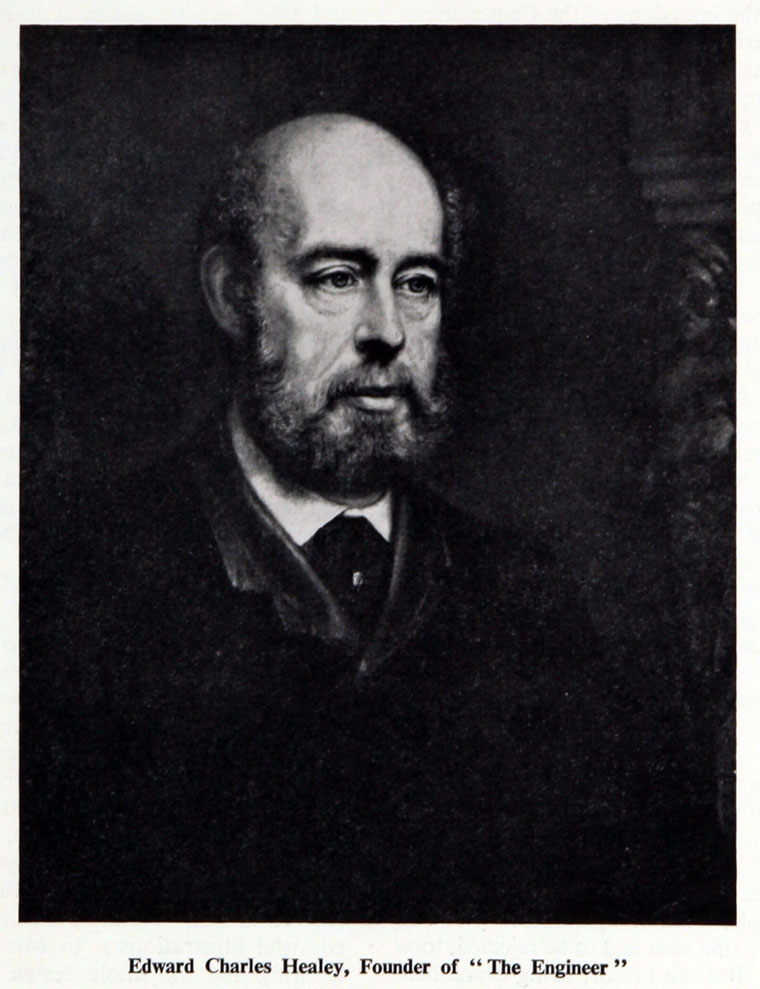 From The Engineer Centenary: History of the Engineer

"Edward Charles Healey, the founder of The Engineer, has been described as a man of great strength of mind and character, and of him it has also been said that there was always "a smile, a question and a penetrating look." Reference has already been made to Mr. Healey's interest in railway development, and among his many friends were leaders in the sphere of railway engineering, such as Robert Stephenson, Brunel and Fairbairn. Whether or not Edward Healey was interested in, or associated with, the publishing of other journals prior to this one has never been established.

The Engineer was "invented" when Mr. Healey was just over thirty; before us now there is a copy of the issue dated January 4, 1856, on the front page of which, clearly written and initialled by Mr. Healey himself, is the inscription "This is the first copy of THE ENGINEER printed. Taken off the machine table by myself." It marked the most outstanding achievement of Mr. Healey's career, and by his diligence and determination this journal quickly took its place as a technical weekly of importance.

Edward Healey died in 1906, when he was nearly eighty-four, though he had retired some years prior to that date. In 1861 Mr. Healey took into partnership his elder brother, Mr. Elkanah Healey, who maintained his connection with THE ENGINEER until his death in 1893, in the seventy-eighth year of his age. Mr. Elkanah Healey was one of the three original directors of The Engineer, Ltd. upon the incorporation of the company in 1890, the other two being the founder and his only son, Charles- who subsequently became Sir Charles Chadwyck-Healey, Bt. Sir Charles, who succeeded his father in control of THE ENGINEER, was called to the Bar in 1872 and took silk in 1893.