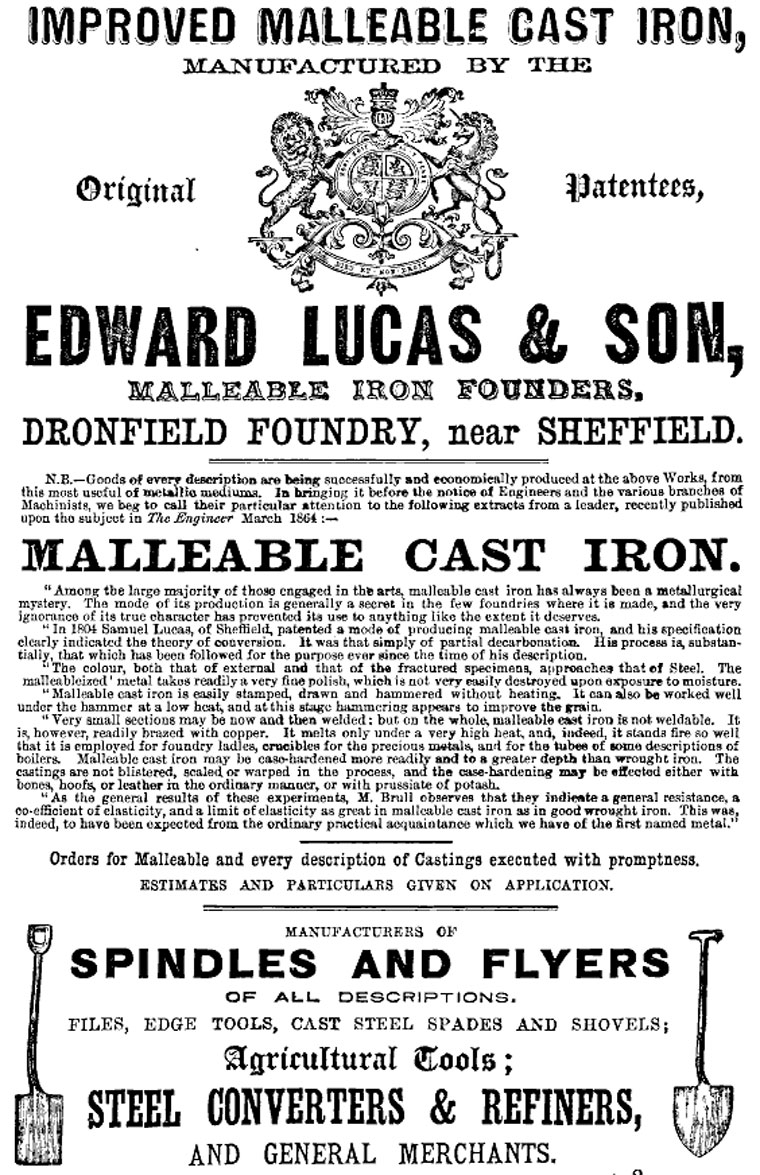 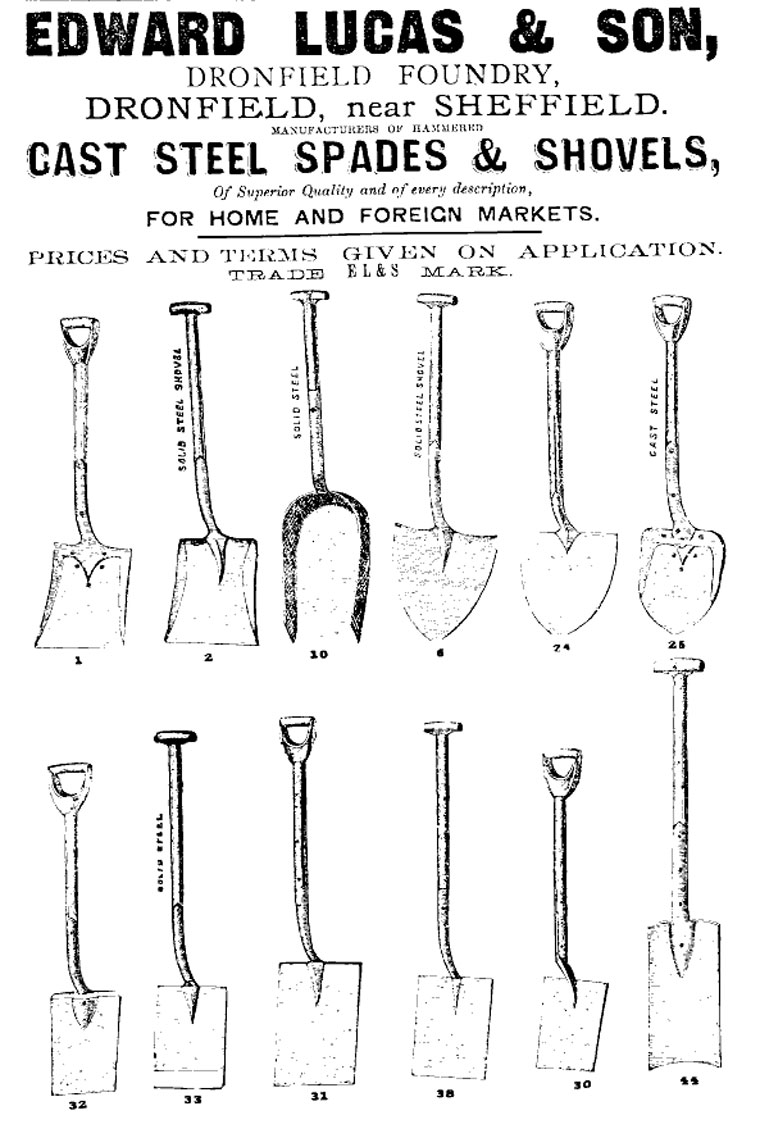 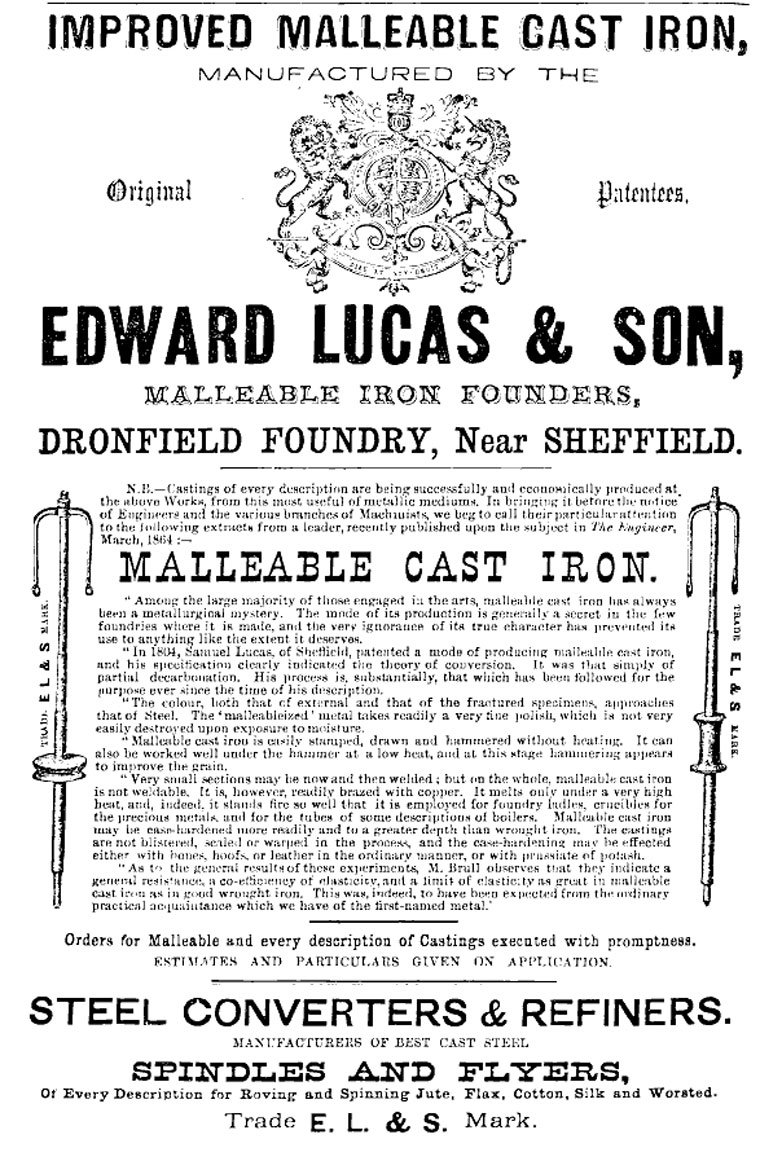 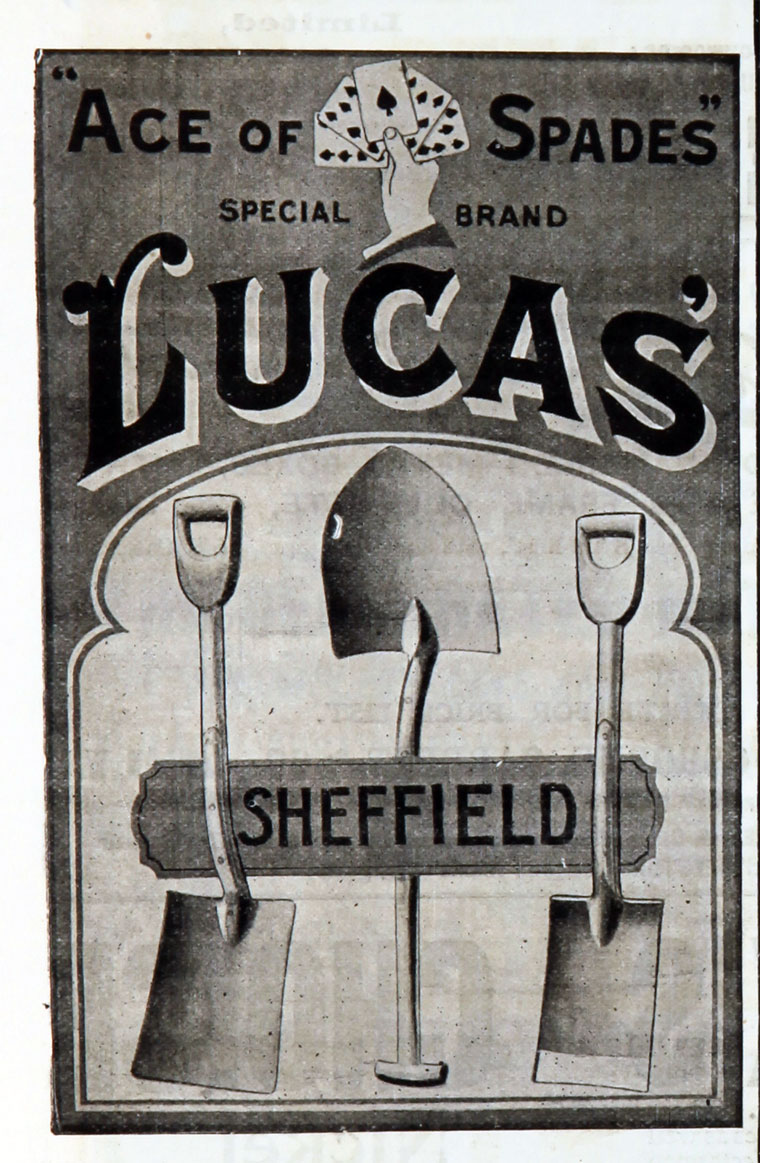 Edward Lucas and Son of Dronfield Foundry, near Sheffield.

Succeeded by his sons, grandsons, etc

1908. Samuel Lucas retired; the business was carried on by Thomas Harrison Lucas.