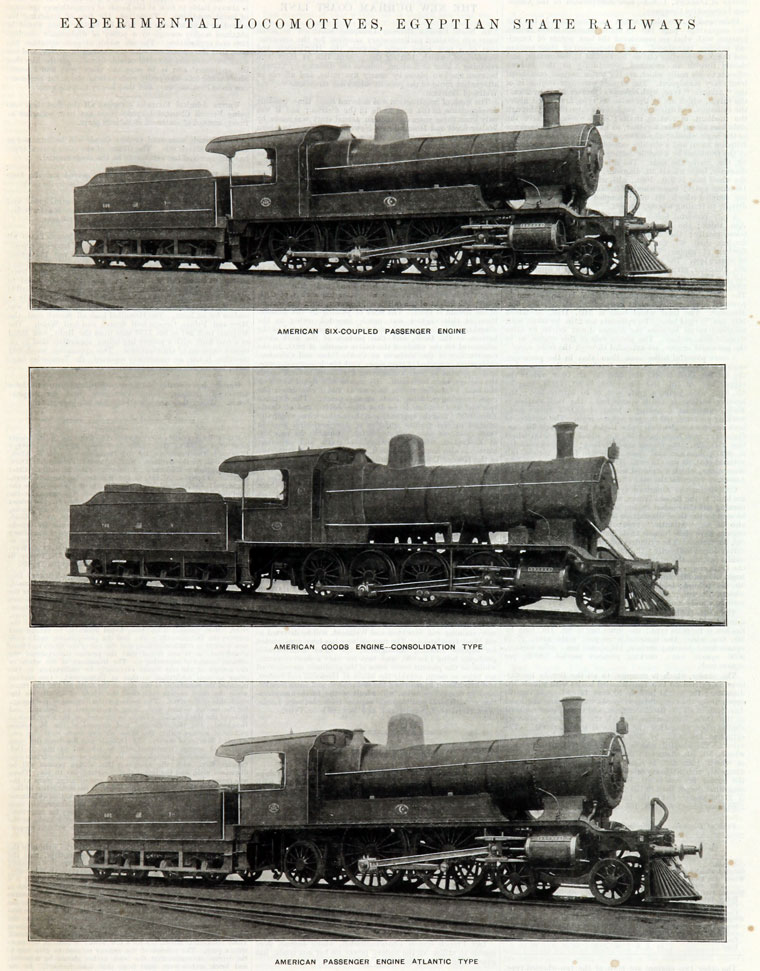 1833 Muhammad Ali Pasha planned to build a railway between Suez and Cairo to improve transit between Europe and India and proceeded to buy the rail when the project was abandoned because of pressure by the French who wanted to build a canal.

1854 The first section, between Alexandria on the Mediterranean coast and Kafr el-Zayyat on the Rosetta branch of the Nile was opened

1856 The section between Kafr el-Zayyat and Cairo was completed

1858 An extension from Cairo to Suez was opened and this completed the first modern transport link between the Mediterranean and the Indian Ocean. (The Suez Canal was not completed until 1869).

1858 May 15th. At Kafr el-Zayyat the line between Cairo and Alexandria originally crossed the Nile with an 80 feet car float but a special train conveying Sa'id's heir presumptive Ahmad Rifaat Pasha fell off the float into the river and the prince was drowned. Stephenson therefore replaced the car float with a swing bridge nearly 1,600 ft long.

1861 Branch to to Mit Bera completed

1867 The line between Imbaba near Cairo and Minya opened

1868 A short branch to Faiyum was added

1868 A line between Zagazig and Suez via Nifisha was completed

1869 The line to Talkha was extended to Damietta on the Mediterranean coast and a branch opened to Salhiya and Sama'ana.

1872 A long line between Imbaba and a junction west of Kafr el-Zayyat opened, linking Imbaba with the national network.

1874 The line from Minya to Assiut opened