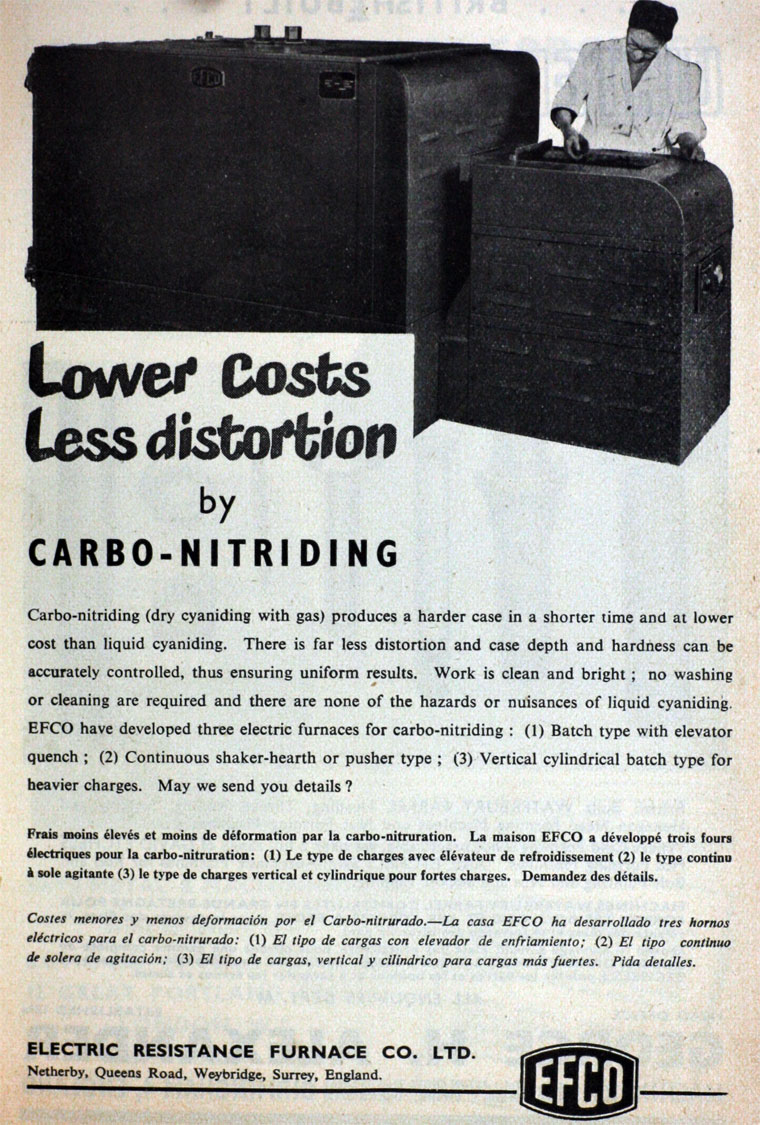 1937 Listed Exhibitor - British Industries Fair. Continuous Electrically-heated Kiln for Glazing Tiles. Suitable also for the Glazing and Decoration of Pottery. (Stand Nos. B.807 and B.718)

1961 As the company now also made oil and gas-fired furnaces, the name was changed to Efco Furnaces Ltd[3]