1885 switch in the Science Museum 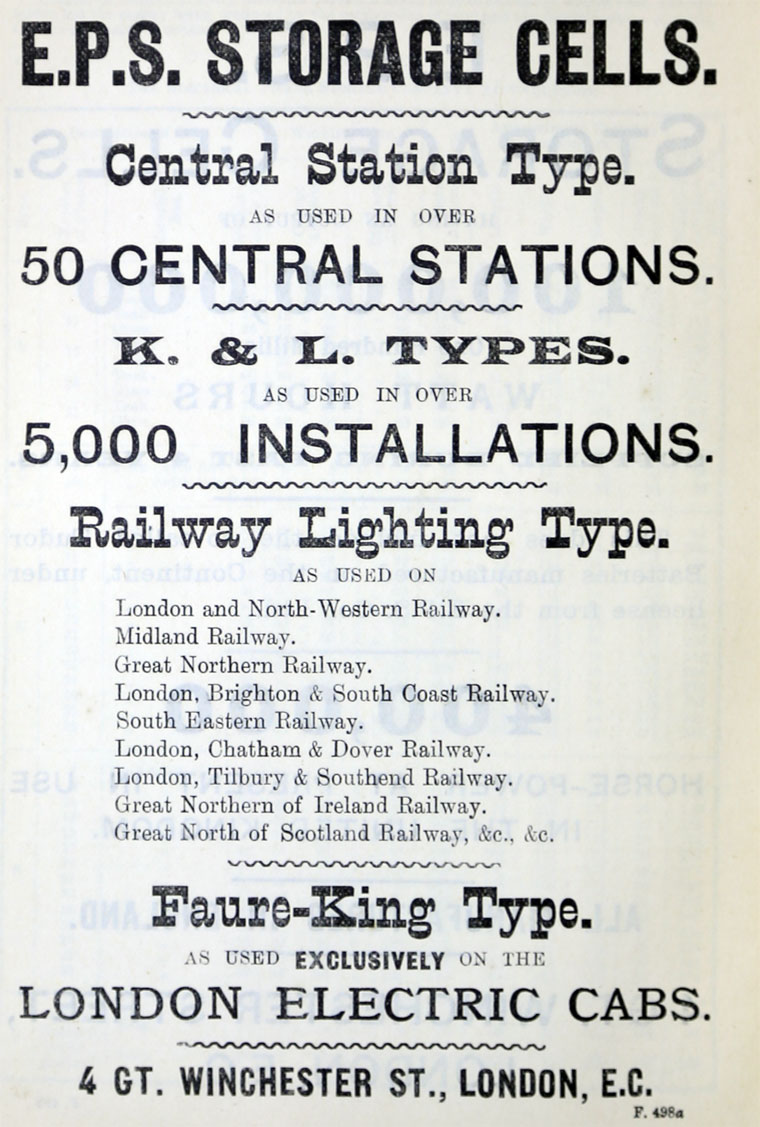 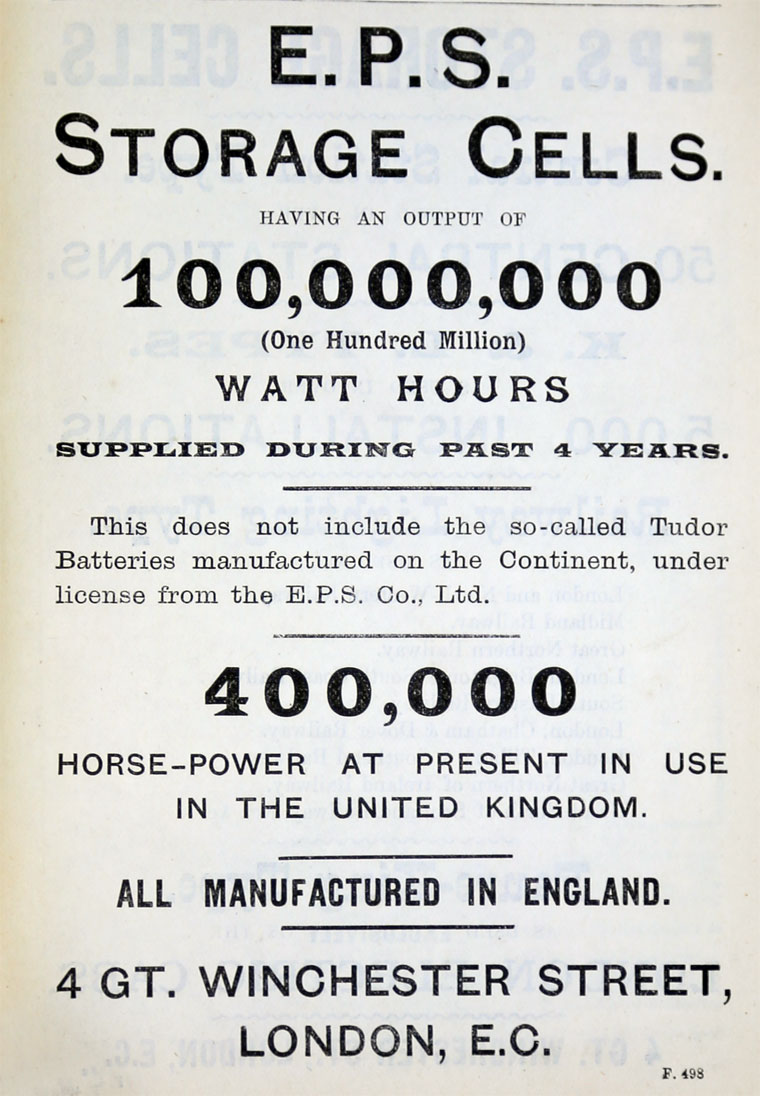 1882 Company established - the first battery company in the country and possibly in the world [2].

1883 Mr B. M. Drake was managing engineer of Electrical Power Storage Co and Mr J. M. Gorham was the first works manager[4]. The two of them went on to set up Drake and Gorham in 1886, which became a major firm of electrical contractors.

1883 The Electrical Power Storage Co had acquired the Faure accumulator patent which would be worked in conjunction with the Sellon-Volckmar patents which they already possessed[5].

Early 1880s, Hugo Hirst, later to become well known as the Father of GEC, worked at the Millwall works of the Electrical Power Storage Co[6].

1884 Substantial reduction in capital of the company as a result of major loss[7]. Demonstration of 2 electric boats on the Thames, powered by use of Electrical Power Storage Co accumulators[8].

1886 On or before this date, Bernard Drake and J Gorham had left the company to set up Drake and Gorham.

1886 William Henry Patchell was appointed manager of the Millwall Works of the Electrical Power Storage Co, and was involved with the development of public and private electric supply plant.

1889 Became part of the Electric Construction Corporation[13]. At this time Sir Daniel Cooper was Chairman and John Irving Courtenay was MD.

1892 3rd ordinary general meeting of the Electrical Power Storage Co Ltd; Mr J Irving Courtenay presided. 12 months had elapsed since the company had taken over the secondary battery manufacturing plant at Millwall from the Electric Construction Corporation; business was growing; high hopes for the E.P.S. battery for traction[15].