Grace's Guide is the leading source of historical information on industry and manufacturing in Britain. This web publication contains 147,939 pages of information and 233,604 images on early companies, their products and the people who designed and built them. 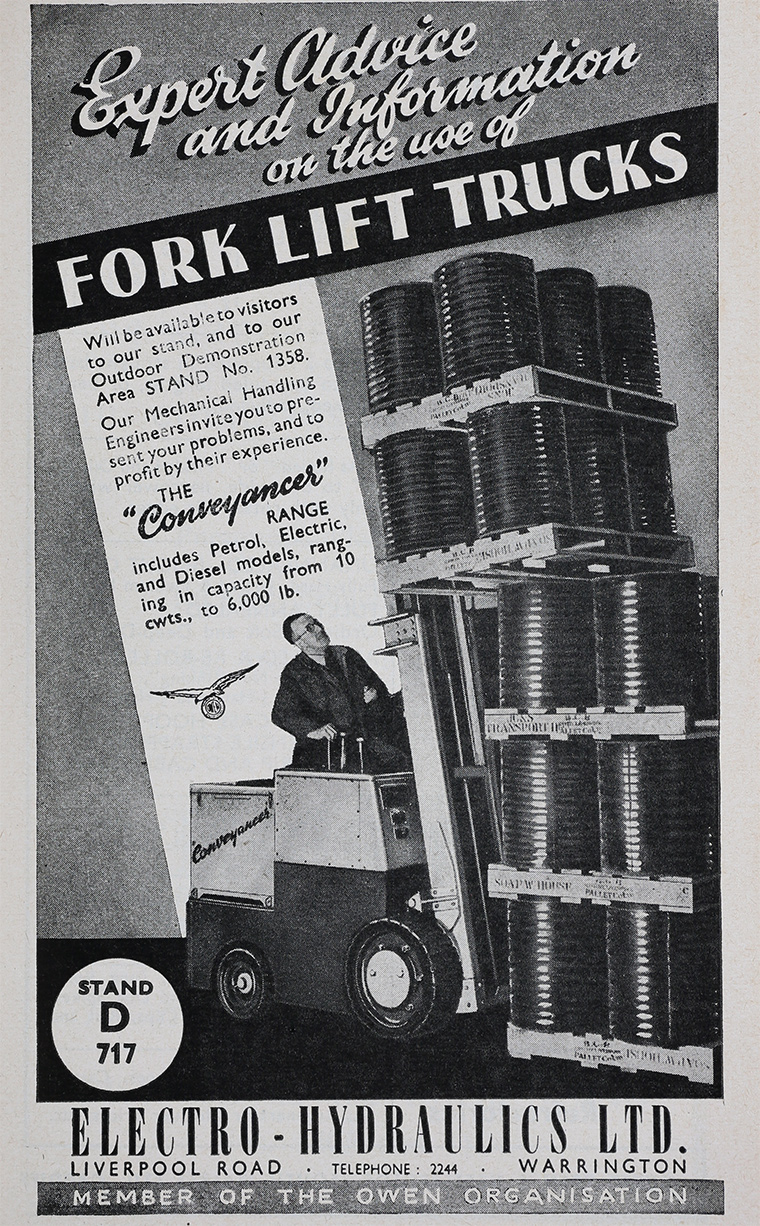 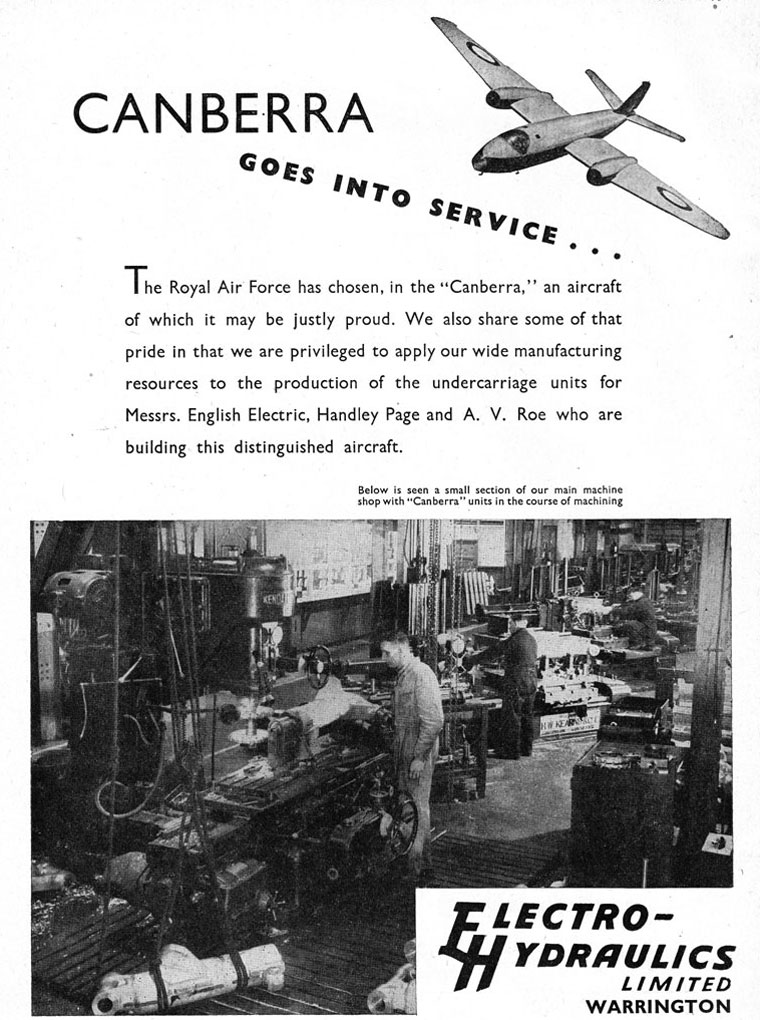 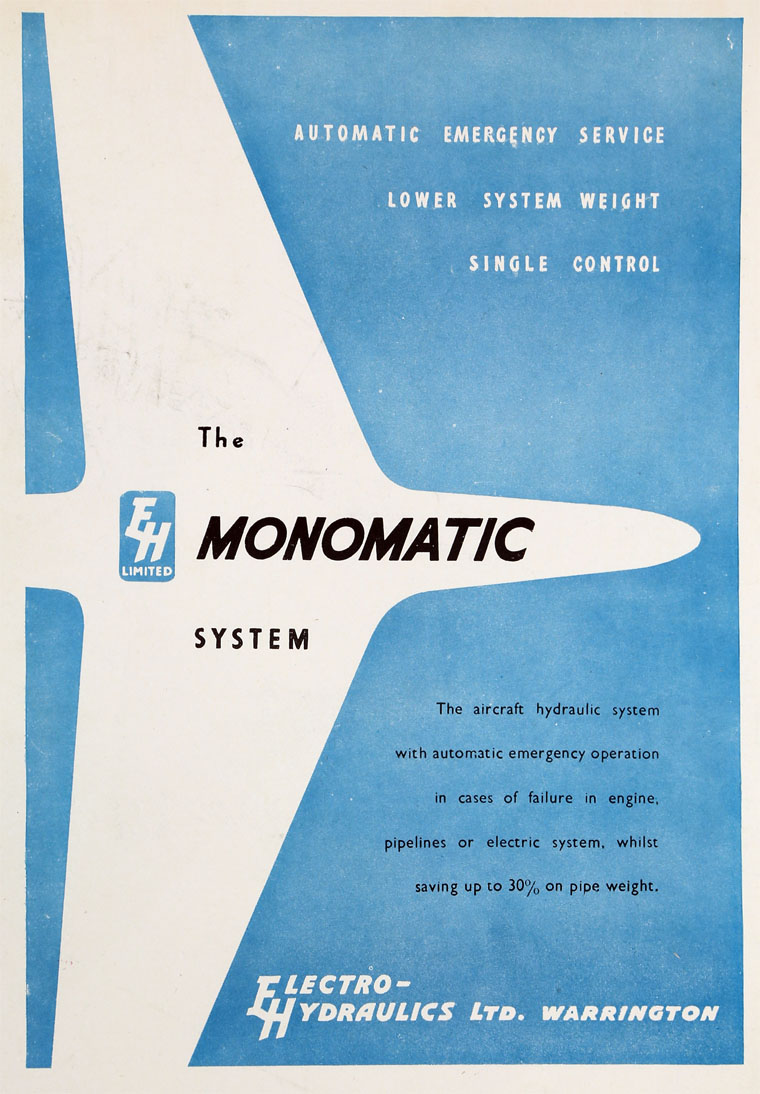 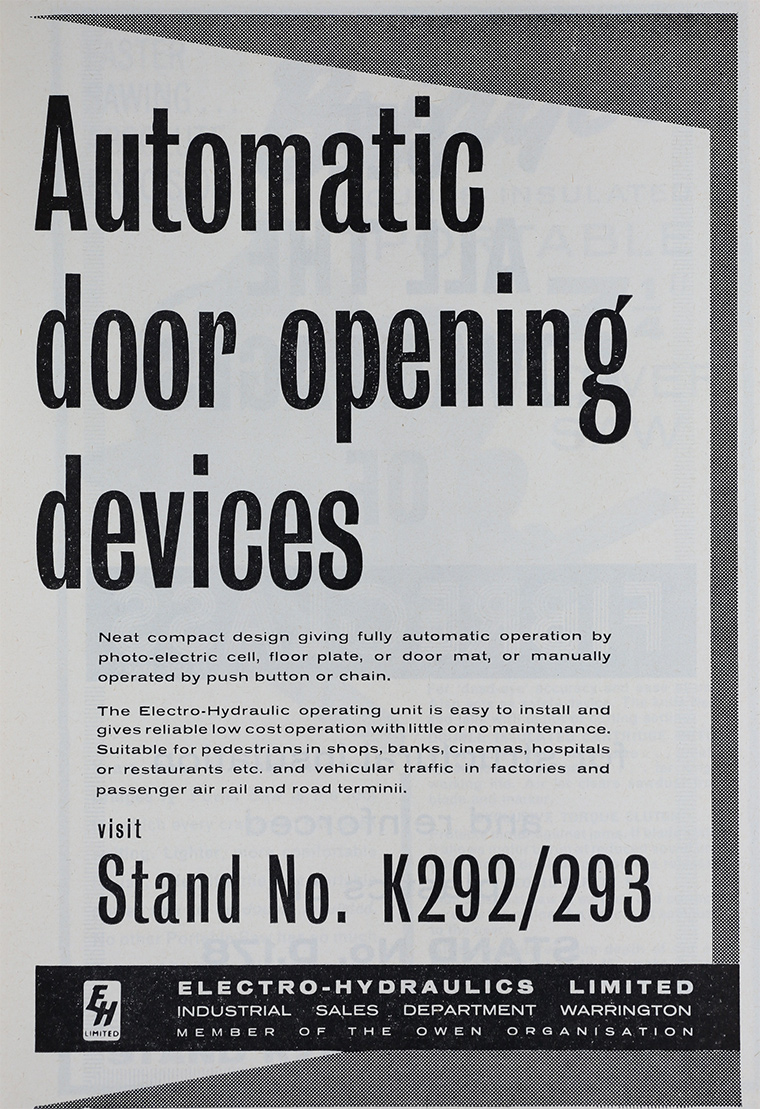 1936 Louis Sylvio Armandias came to England with a licence from Messier in France to produce their equipment in the UK.

1939 Rubery, Owen and Co became associated with the company.

By 1943 Rubery Owen had acquired substantially all of the shares.

1961 Rights to manufacture in the UK the narrow-reach equipment of the Raymond Corp. of USA; new subsidiary established Conveyancer-Raymond which was 70 percent owned by Electro-Hydraulics[6].

1964 Incorporated as a public company[7]. Sale to the public of 40 percent of the shares.

1973 Rubery, Owen and Co acquired the 40 percent of Conveyancer not owned by them[9]

1974 January: Rubery Owen established a new company Rubery Owen Conveyancer[10]. The name Electro-Hydraulics seems to have been discontinued about this time.

1977 Coventry Climax acquired the Thornton Rd, Warrington, and Kirkby, Liverpool, parts of the forklift truck business of Rubery Owen Conveyancer. The plants at Liverpool Road, Warrington, at Prees, and at Kings Hill, Darlaston, were not included in the sale[11]