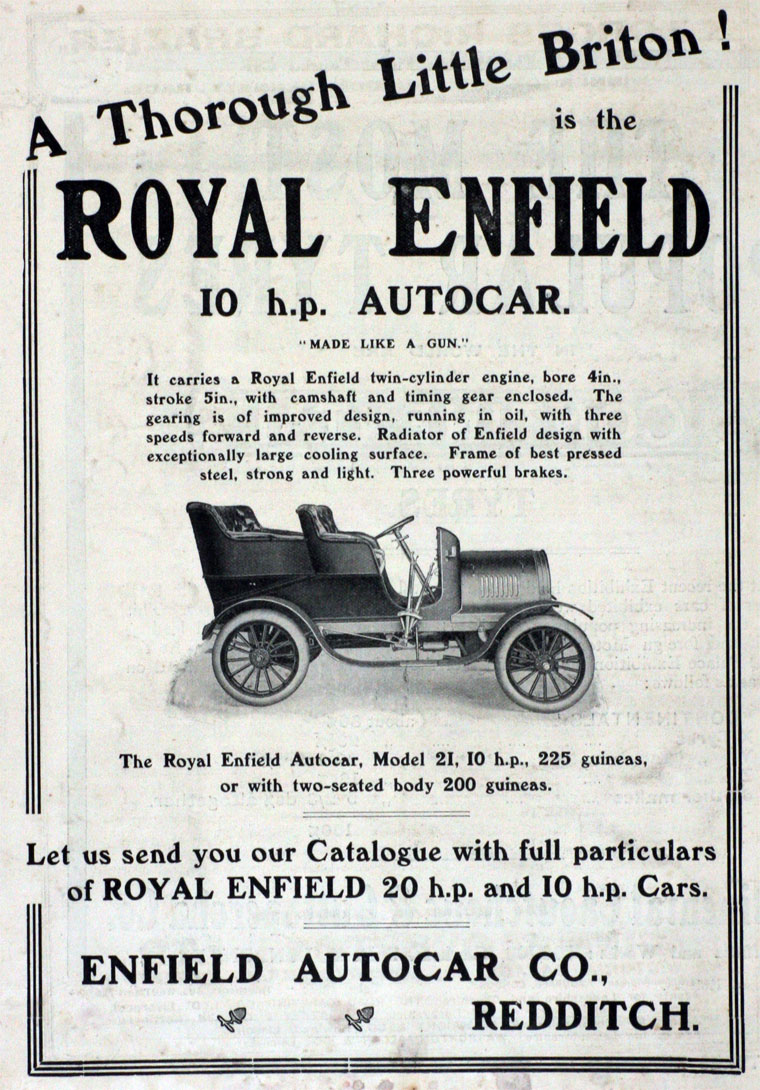 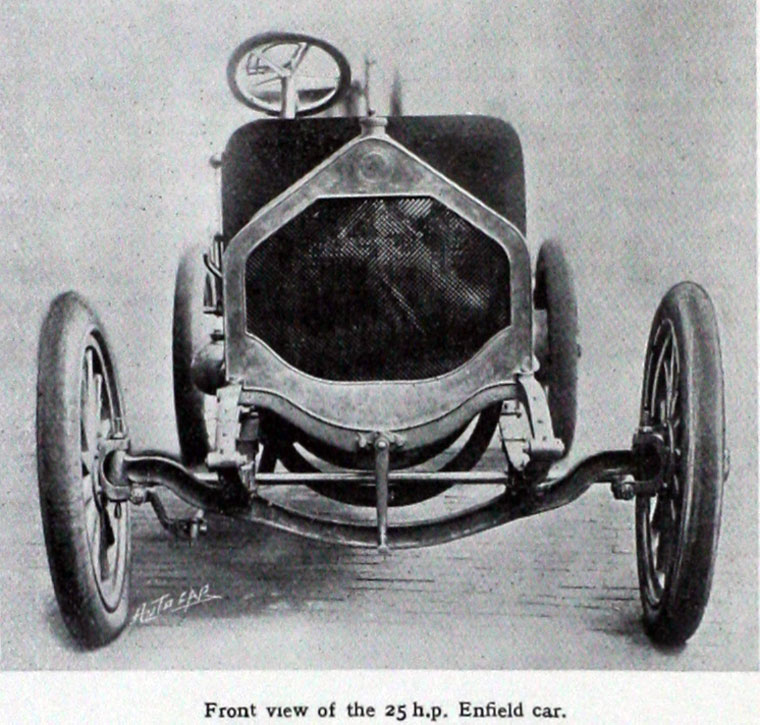 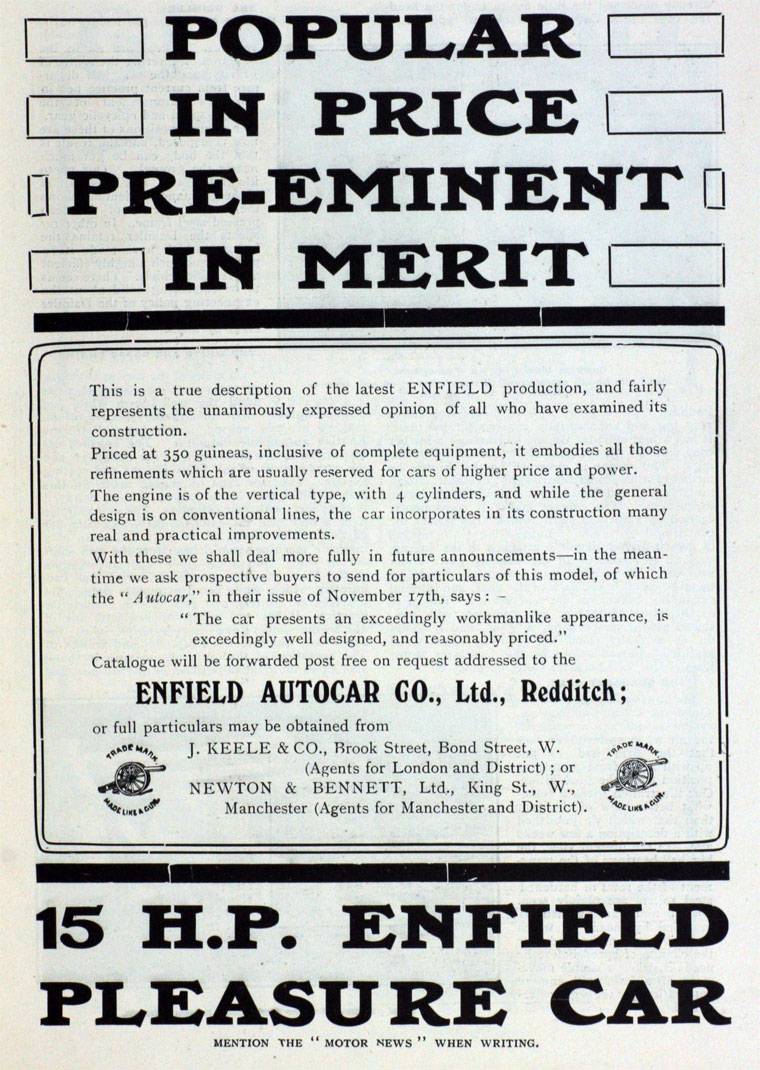 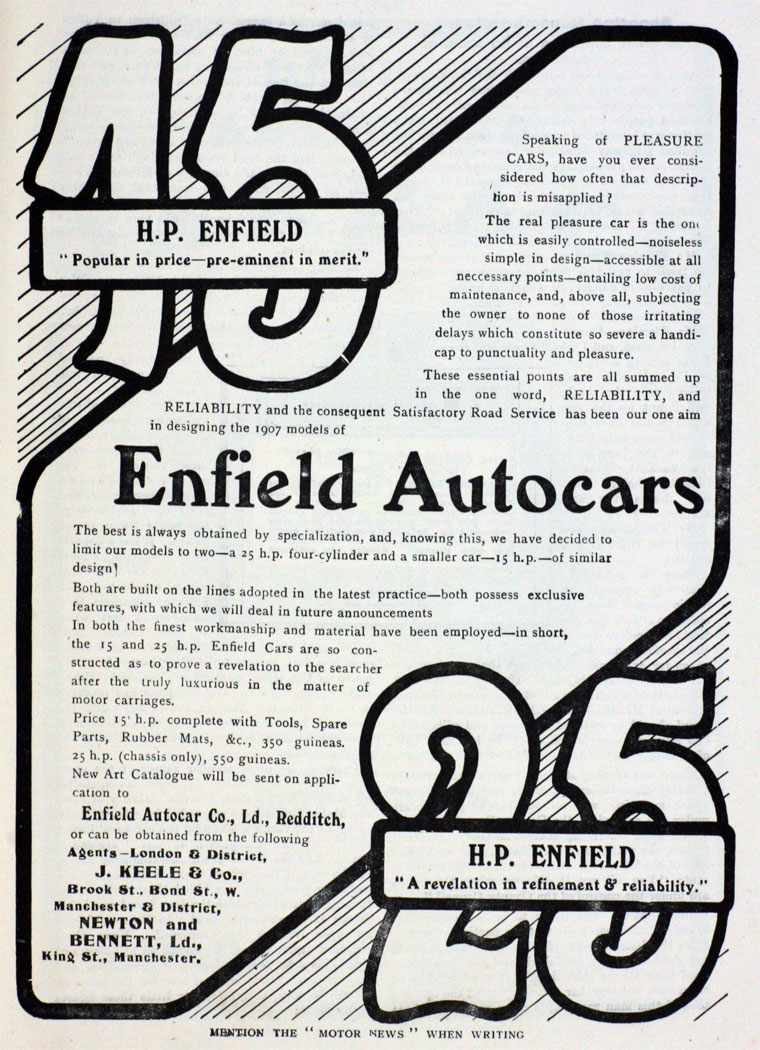 1906 The company, Enfield Autocar Co, was registered on 1 March, to take over that portion of the Enfield Cycle Co, relating to the manufacture of motor cars. [1]

1912 Alldays and Onions acquired the Enfield Autocar Co including manufacturing rights and trade mark; the company had also established its own works for car manufacture; manufacture of the two types of car would be kept separate; motorcycles were also built[6].

1913 April. Advert in Autocar for the Enfield Autocar Co of Birmingham and showing Model 255 of 24.9 hp and mentions the Autolette. [8]

Enfield built commercial vehicles up until 1915.