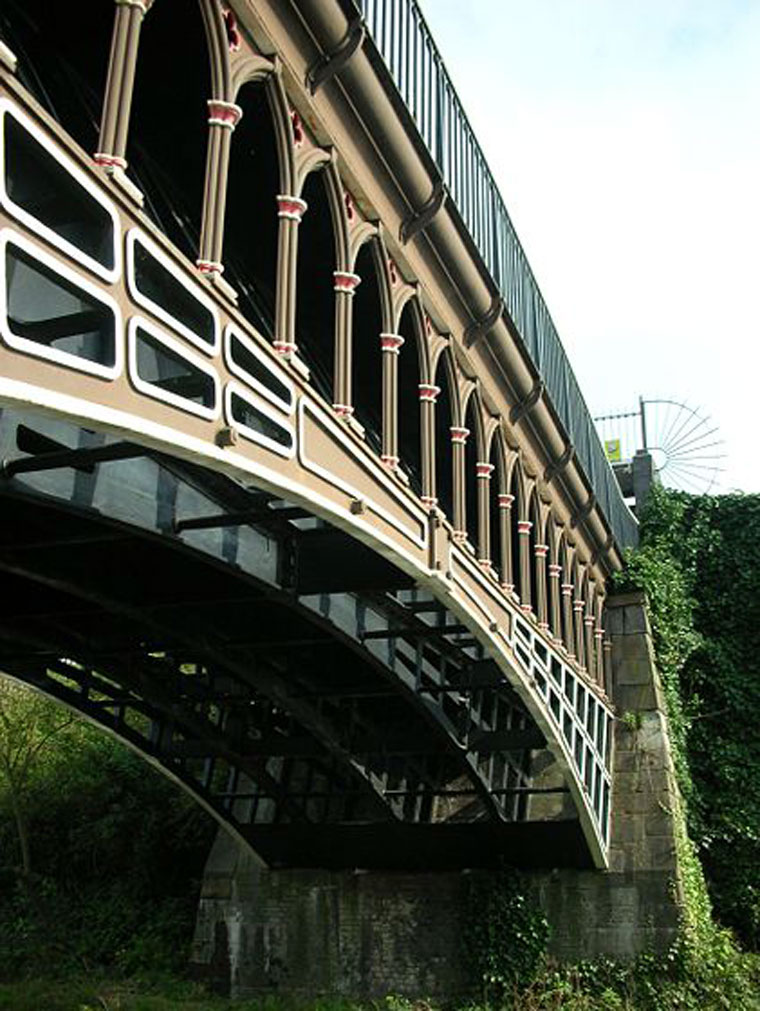 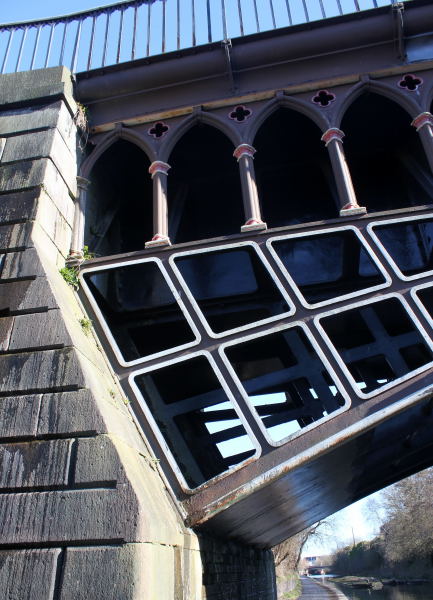 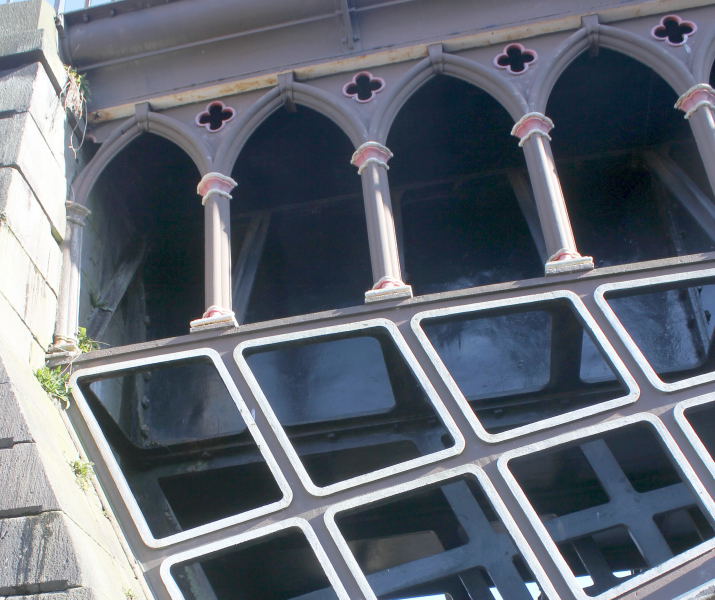 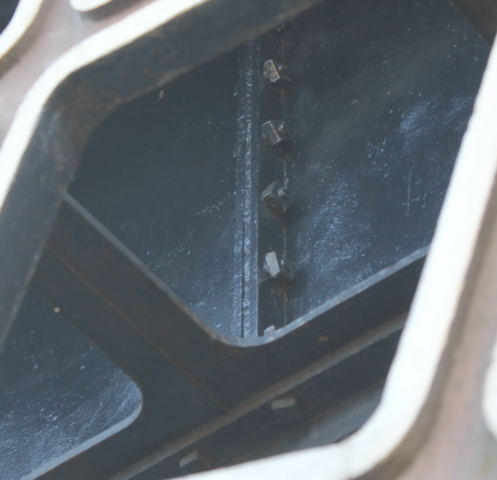 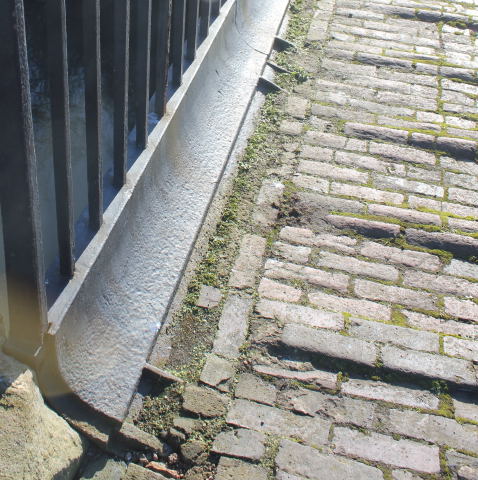 The Engine Arm Aqueduct near Smethwick, West Midlands, England, was built in 1825 by Thomas Telford to carry a water feeder, the Engine Arm, from Edgbaston Reservoir over the BCN New Main Line canal to the adjacent and parallel Old Main Line.

It is a 52-foot (16 m) span structure consisting of a cast-iron trough supported by a single arch with five ribs, each consisting of four sections with bolted joints. The trough is supported on three of the ribs, with the adjacent towpaths being supported by cast-iron arcades of Gothic-styled arches and columns.

All cast-iron features were manufactured at the Horseley Ironworks in nearby Tipton.

The waterway in the aqueduct is 8 feet (2.4 m) wide with the towpaths either side being 4-foot-4-inch (1.32 m) in width each. The eastern towpath is paved in brick with raised strips for horses.

The structure of the aqueduct is complex - as can be seen from the photographs - numerous iron castings being required. The trough is directly supported by the three inner arches, but some of the weight is also transferred to the outer arches by vertical plates. The weight of the towpaths is transmitted to the outer arches by diagonal struts and by the 'Gothic' castings. The diagonal struts also provide transverse constraint to the top edges of the trough.