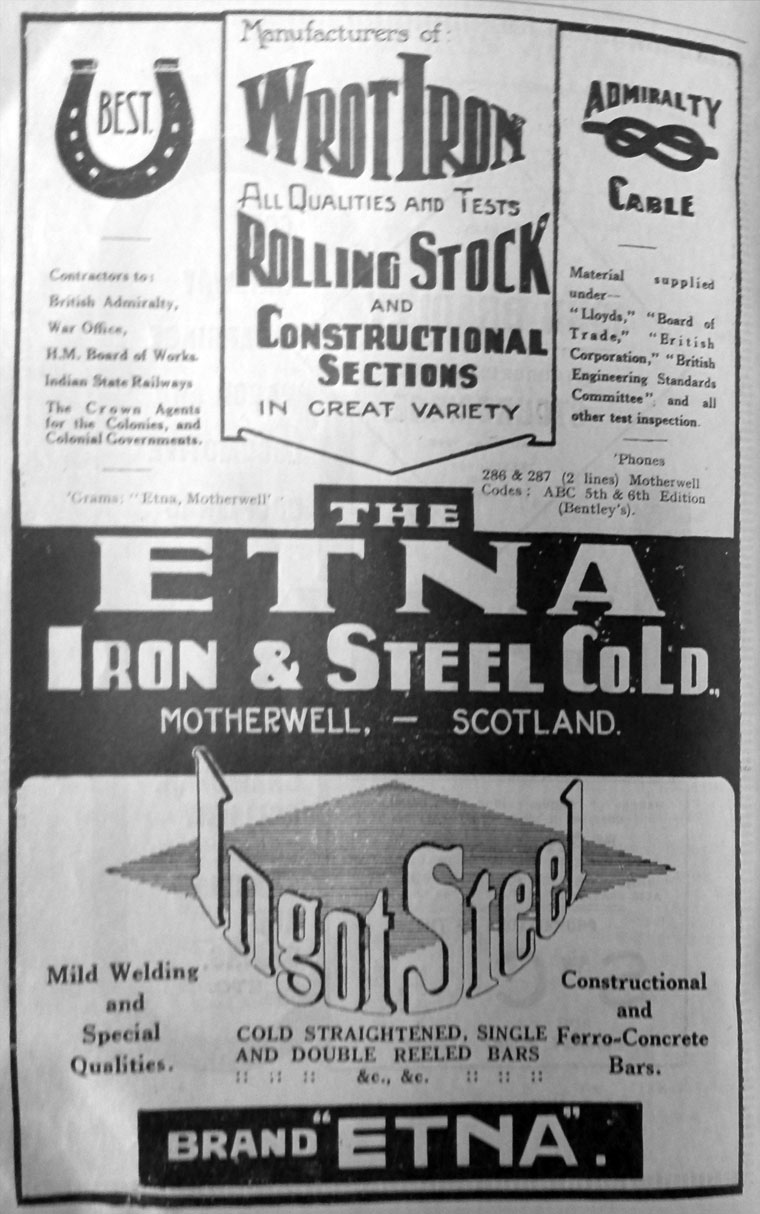 1954 Etna Iron and Steel Company was transferred to Colvilles by the Holding and Realization Agency in order to allow rationalisation of the Scottish steel industry[2].