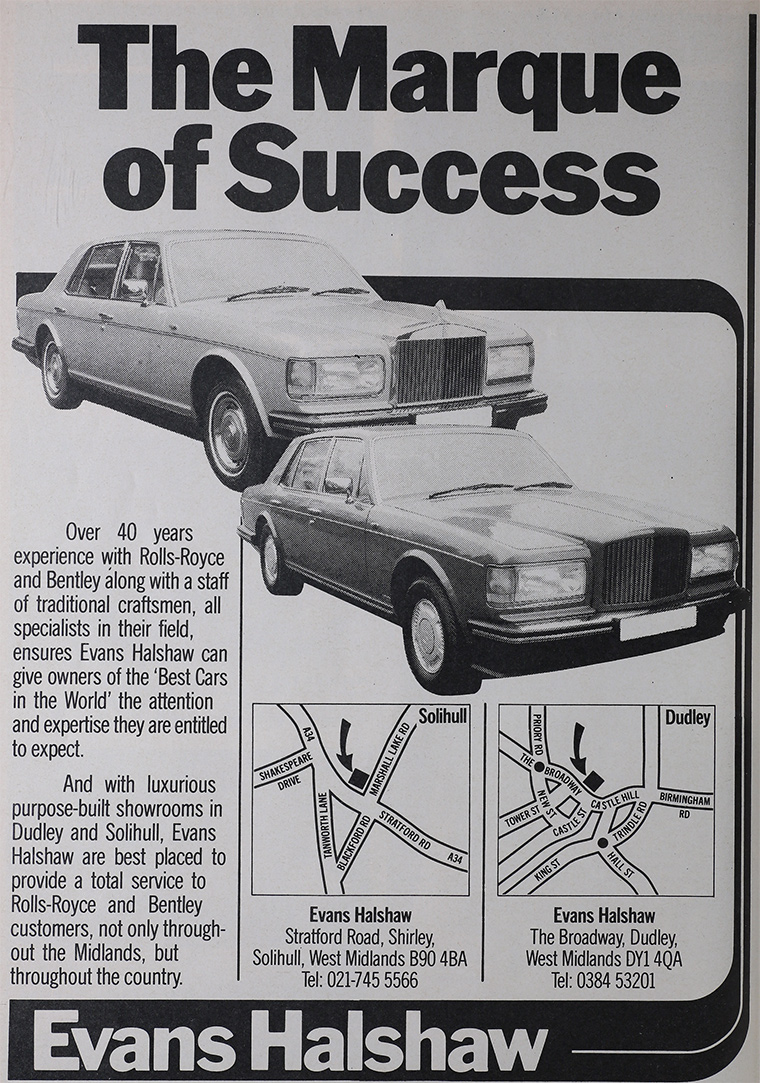 of Solihull and Dudley

1985 'THE £9m management buy-out of Evans Halshaw Motor Dealer Group from LCP Holdings PLC has been concluded. The deal creates what is believed to be the largest privately owned motor dealer group in the UK, with both private car and commercial vehicle dealerships throughout England and Wales, and expanding contract hire and motor parts trade. Dealerships in the Mansfield area include C. P. Evinson, Chesterfield Road South, and Blackton Motors Ltd, which incorporates the East Midlands Truck Centre and Blackton-Ford at Station Road, Sutton, headed by the dealer principal David Preston'[2]