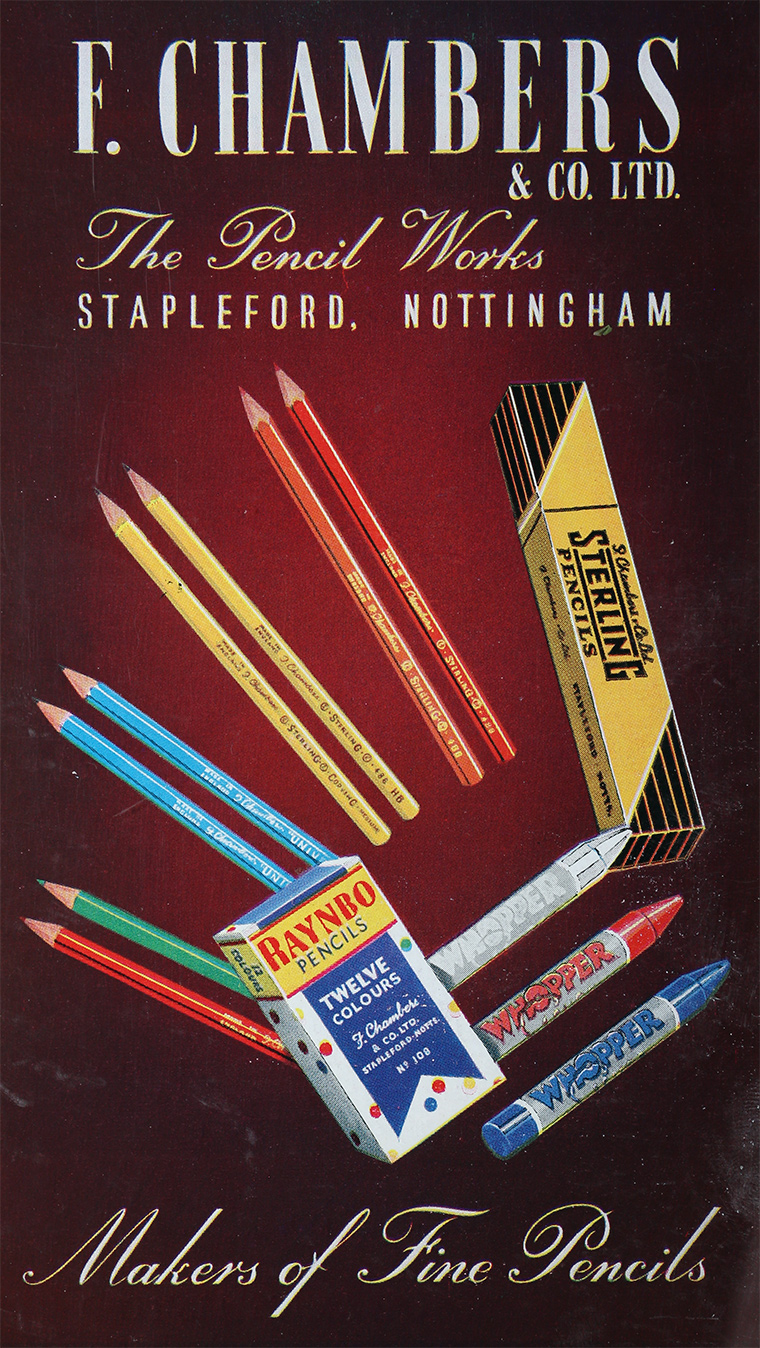 The company was established by Fred Chambers, foundry manager at Stanton Iron Works and a Mr Brown, a timber merchant from Nottingham.

1913 They founded the CB Syndicate at Mitcham, Surrey, and were joined by a Professor Hinchley a Chemist with pencil making knowledge.

In anticipation of the coming war, they were aware that a very high percentage of the pencils used in England were imported and that there would be a shortage.

1915 Fred Chambers bought out Mr Brown and formed F. Chambers and Co, and moved to an old lace factory at Stapleford, Nottingham.

1929 Listed Exhibitor - British Industries Fair. Manufacturers of Pencils in all grades of Black Lead, Colours, and Copying Inks. Made from Empire Cedar. (Stand No. R.128) [2]

1931 Chambers were the first to produce cosmetic pencils for Boots the chemist.

1973 The factory moved from Stapleford to new premises at Sandiacre, Derbyshire, and remained there for many years.

1991 In March, it was bought out by German based Lyra Company.