Grace's Guide is the leading source of historical information on industry and manufacturing in Britain. This web publication contains 149,257 pages of information and 234,233 images on early companies, their products and the people who designed and built them.

F. and A. Parkinson 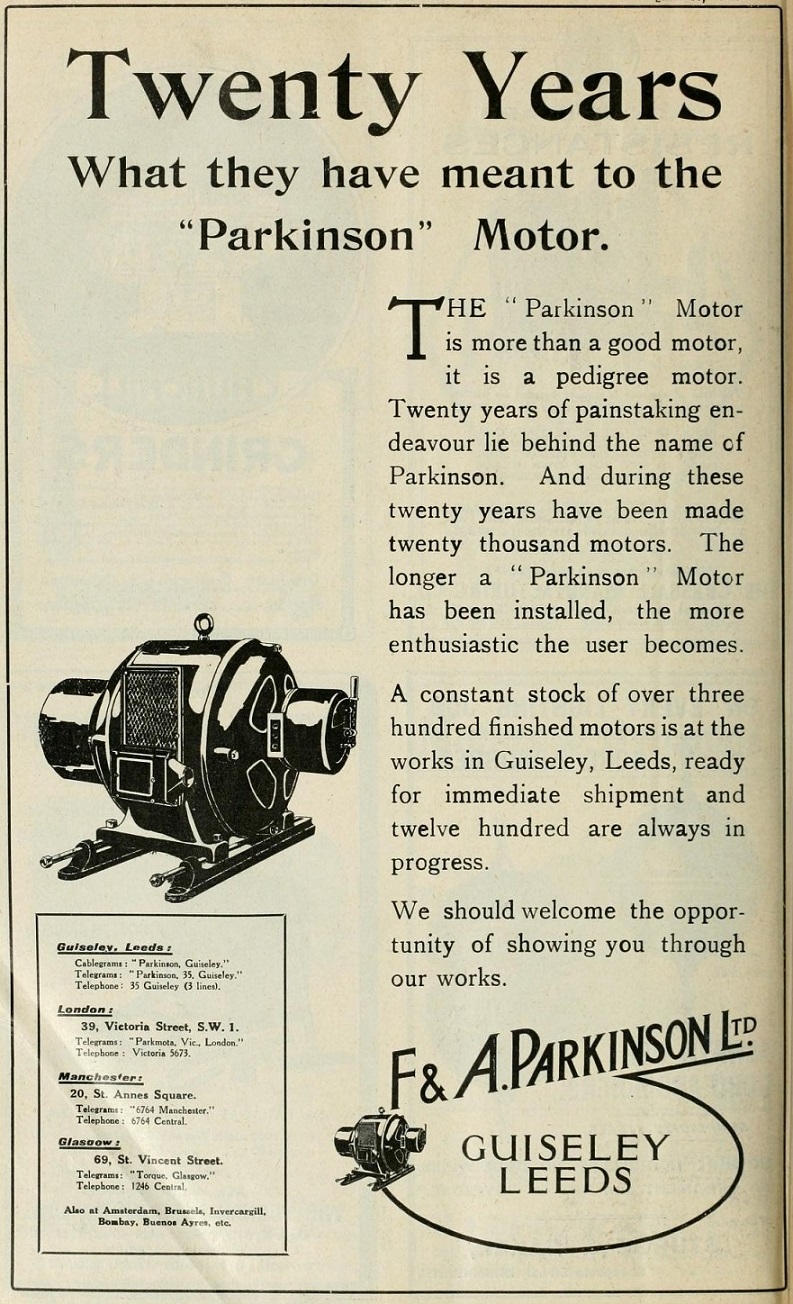 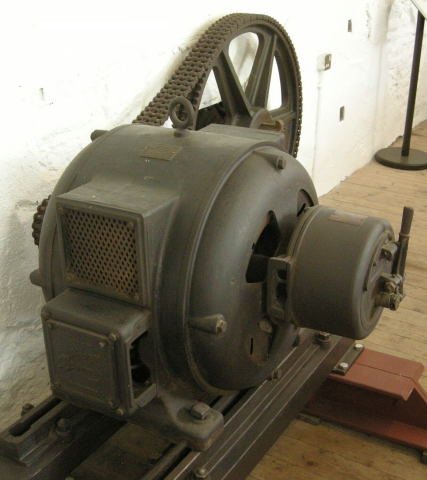 F. and A. Parkinson of Leeds were electrical manufacturers

1908 Frank Parkinson went into business on his own account - F. Parkinson and Co

1913 Frank moved into manufacturing alternating-current motors with his brother, Albert, as F. and A. Parkinson. This was a union of complementary skills: Frank had a brilliant commercial brain and dominant personality while Albert proved a master of precision production engineering.

1916 They converted the company to a limited liability company and moved to new custom-built premises. The factory was organized on flow production methods and layout, unique for British industry at the time, providing significant gains in costs and quality.

1920 They had an established reputation, and by adopting ball and roller bearings set the industry standard. Their culture of standardization and systematic production was adopted to match foreign competition.

1923 Company of Guiseley, Leeds. They obtained Green and Jackson as their Birmingham agents of 12, Cherry-street, Birmingham.[1].

1925 W. A. Benger was chief designer at the company but left this year to commence business on his own account as a chartered electrical engineer at 102, Albion-street, Leeds.[2]

1927 Claimed the Guiseley works as the most efficient factory in the world. Fundamental change came with a friend's remark to Parkinson, on a bus at the Institution of Electrical Engineers meeting in Nottingham, that Crompton and Co of Chelmsford had financial problems, and was under-performing in the keen competitive conditions of the 1920s. The outcome was a merger in 1927 and the creation of Crompton Parkinson[3], with Frank Parkinson as chairman. He brought the founder, Rookes Evelyn Bell Crompton, who had been excluded in a boardroom coup in 1912, back onto the board as symbol of continuity.

1932 Glassworks company established under the F. and A. Parkinson name.

1961 Electrical engineers and manufacturers specialising in lamps and motors. 940 employees.