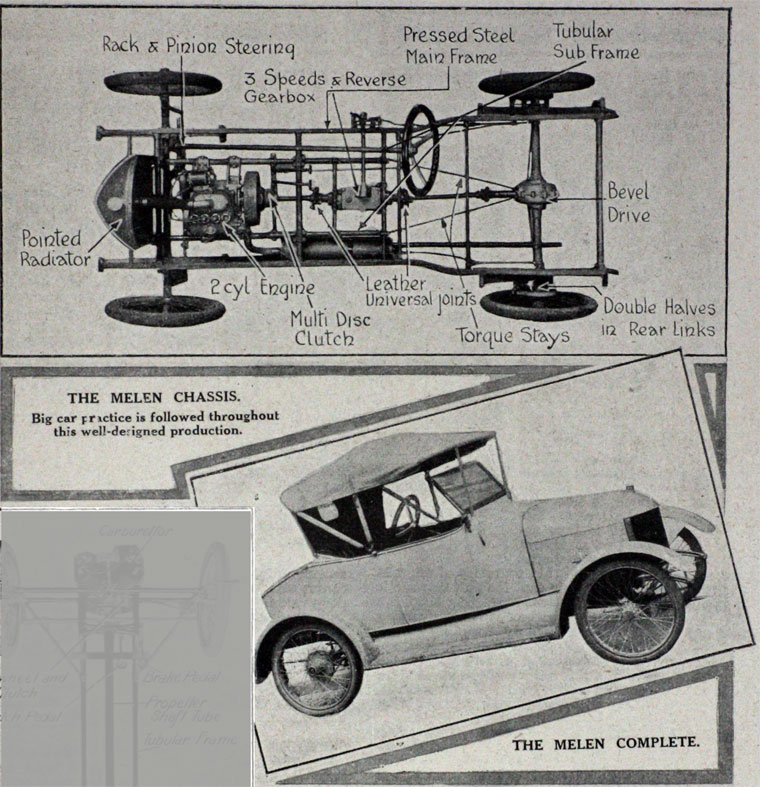 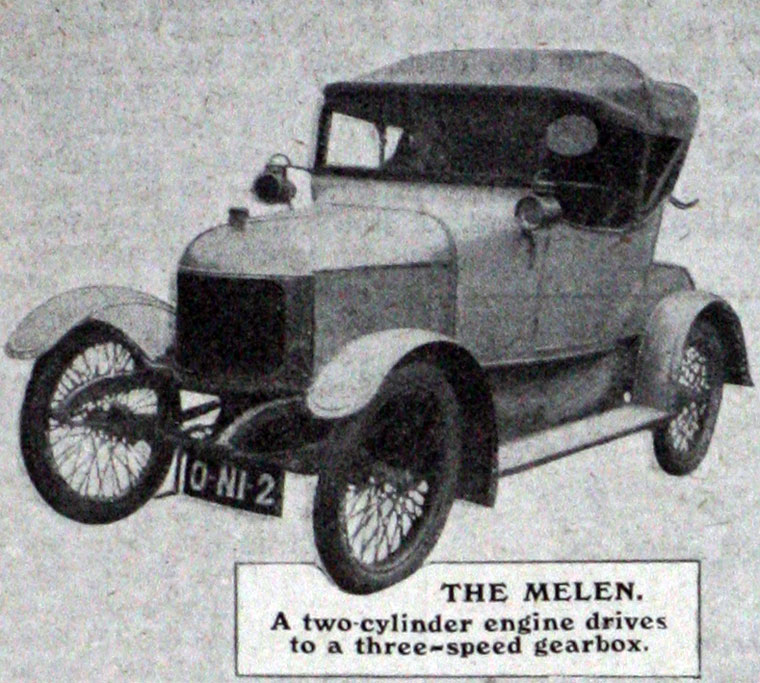 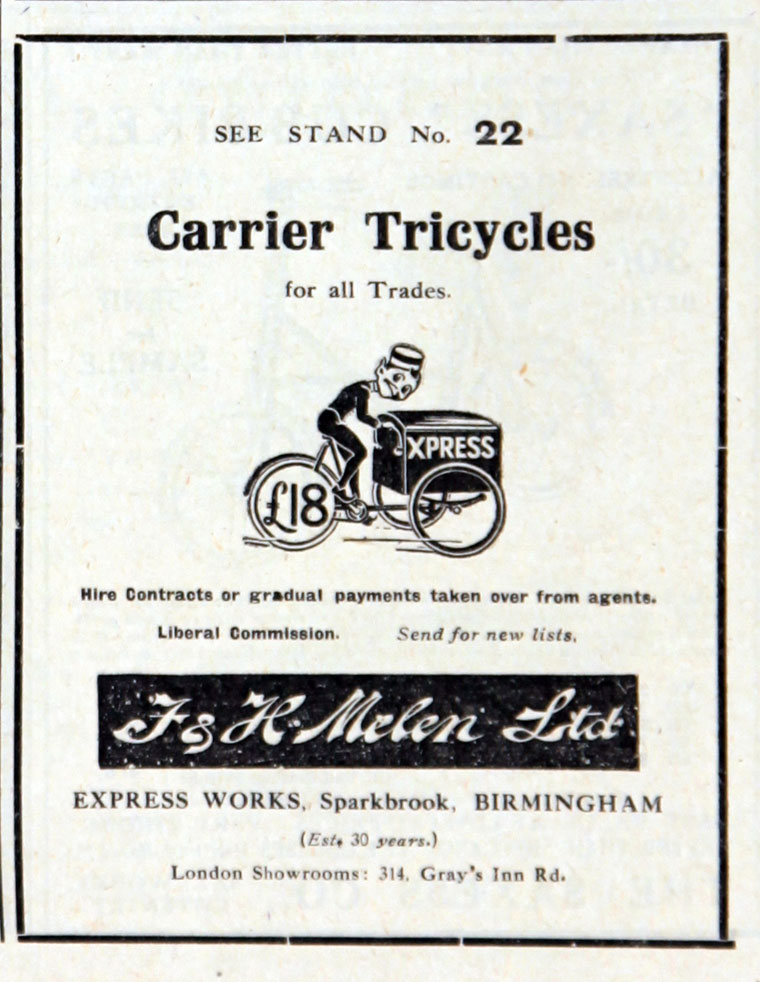 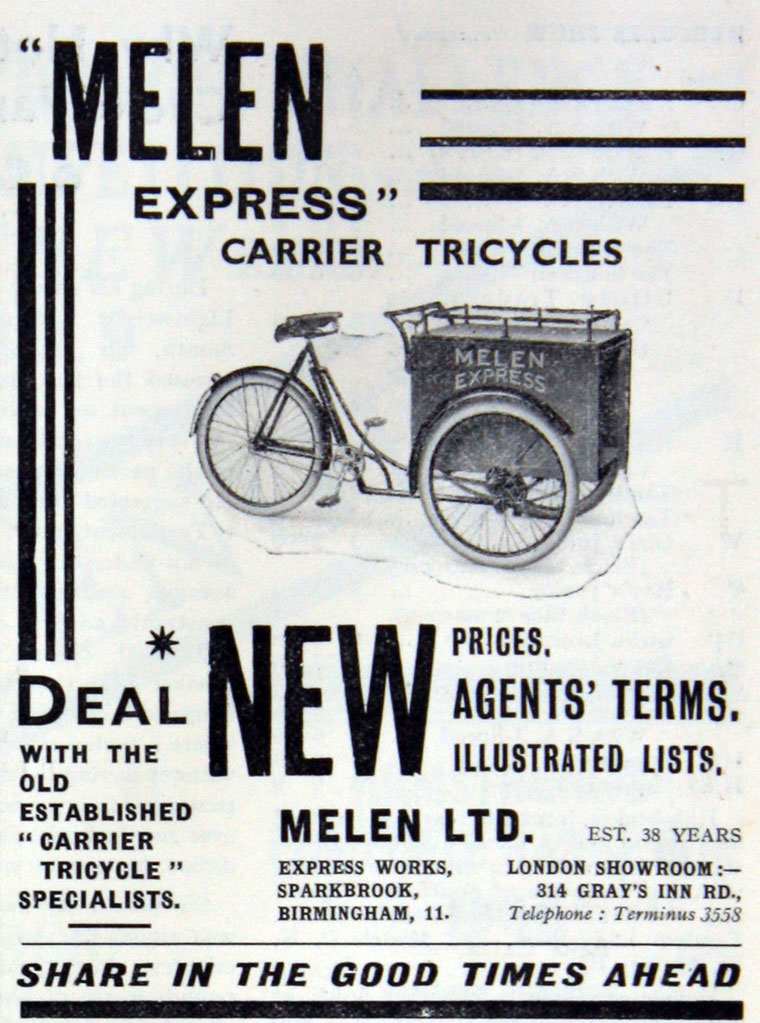 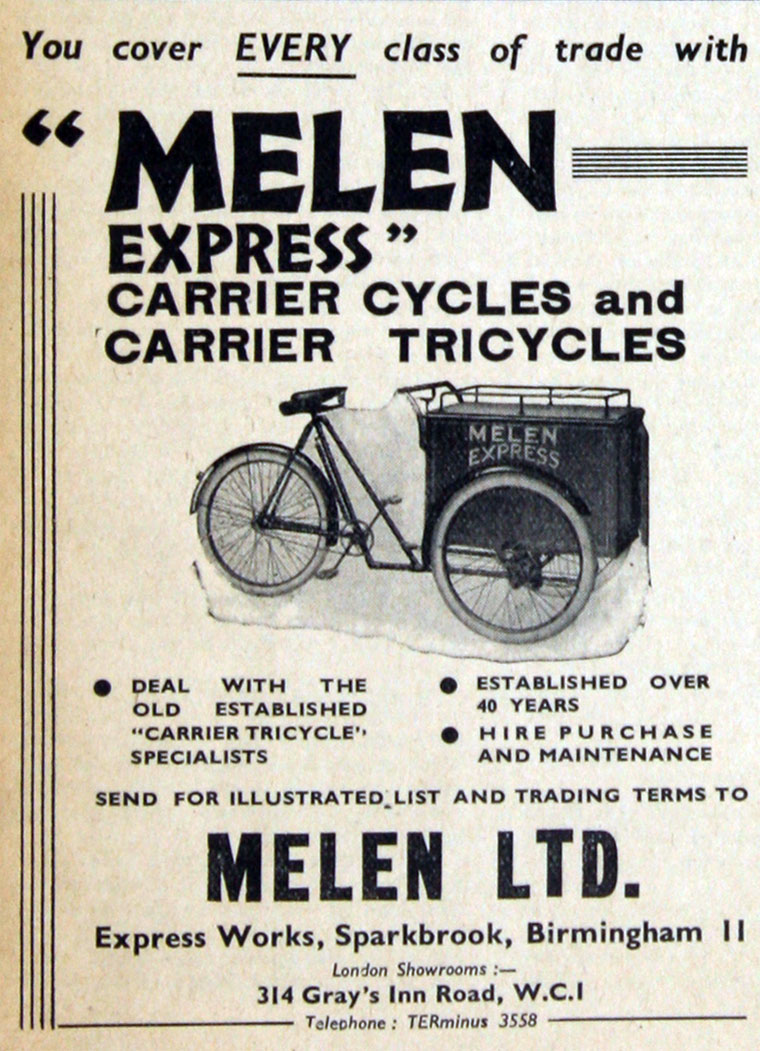 1912 The first machine, a combination, was exhibited at the late Olympia Show. It had a 6hp JAP V-twin engine, Roc two-speed gear and belt drive. The wicker sidecar had a four-point attachment.

1913 The enterprise was short-lived and did not last beyond that year.

1922 The Melen resurfaced on a tradesman's motor carrier tricycle, in the form of a conventional motorcycle with the exception of the front. This had two wheels and a closed-top delivery box positioned between them. It therefore resembled the rather out-dated forecar of yesteryear, and was powered by a 292cc two-stroke Union engine.

1924 By now, the Union engine had been replaced by a 343cc Villiers, but otherwise the design was virtually unchanged.

1926 Production continued until this year and then stopped.