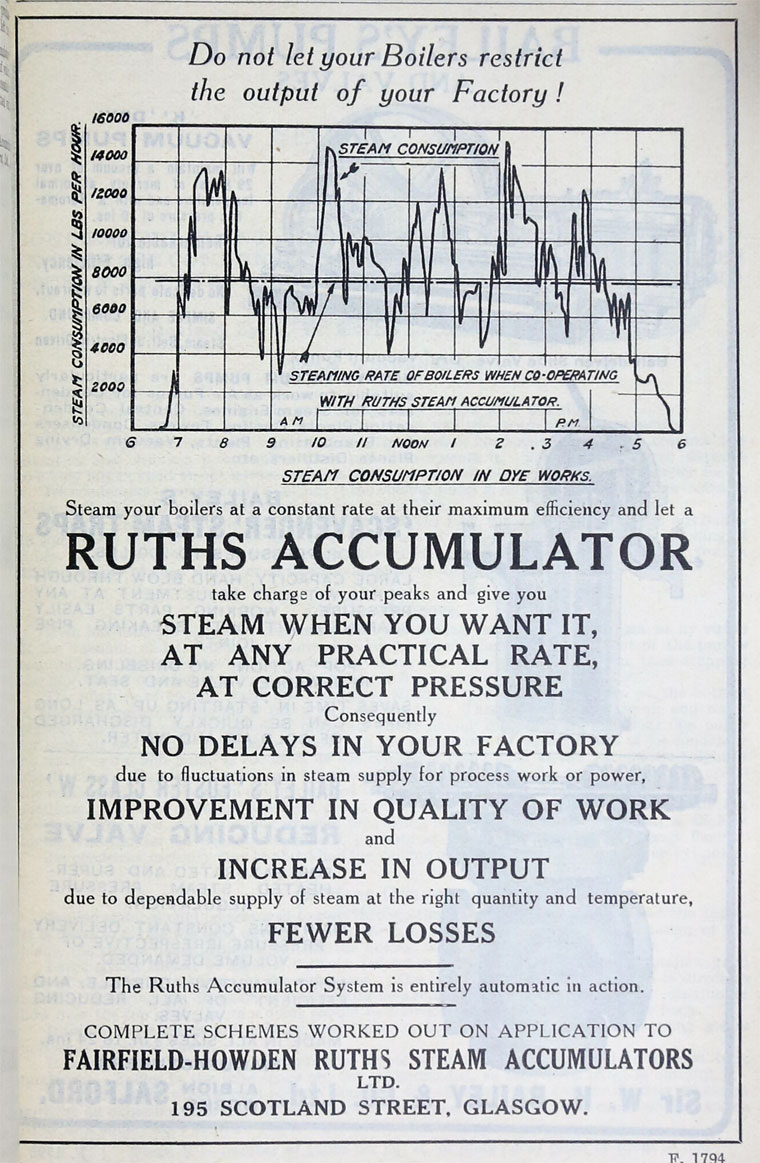 1924 the controlling interest in Ruths Steam Accumulator Co was acquired by the Fairfield Shipbuilding and Engineering Co and James Howden and Co of Glasgow. The company was formed in April 1924 for the purpose of marketing in the British Empire the steam accumulator invented by Dr. J. Ruths, of Stockholm. By the terms of the licence all plants were to be made in Britain.[1]