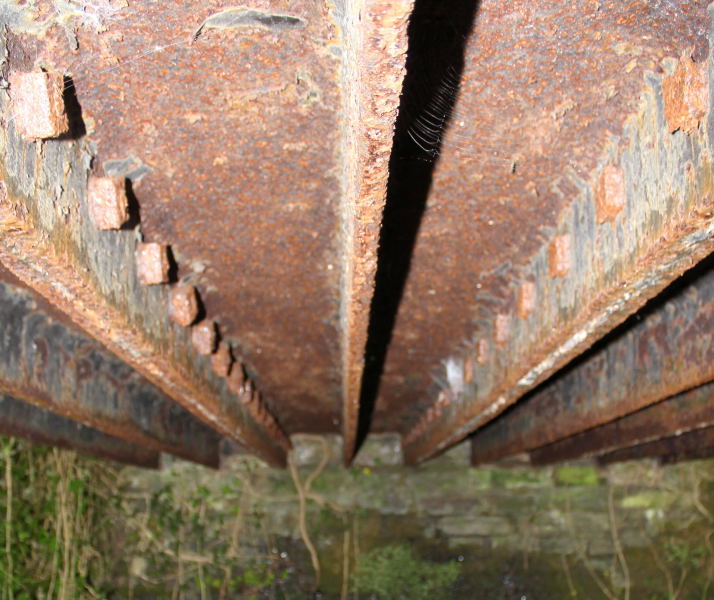 The base of the trough is assembled from four full length flanged plates, each with a stiffening rib at the centre

The stream tumbles into the River Neath, a few yards below

This is one of several small aqueducts built for a curious purpose - to carry streams over the Neath Canal to the River Neath.

It is located on the Neath Canal, 200 yards west of the roundabout on the A465 at Resolven. Access by parking on the road near the Farmer's Arms, and following a footpath into the wooded valley.

This cast iron aqueduct was built c.1835 by the Neath Abbey Iron Co, and is Grade II listed.

Unusually for this era, the aqueduct's individual sides and floor castings span the full length, rather than being assembled from short panels.

There is a similar aqueduct nearby - Aberpergwm Aqueduct.