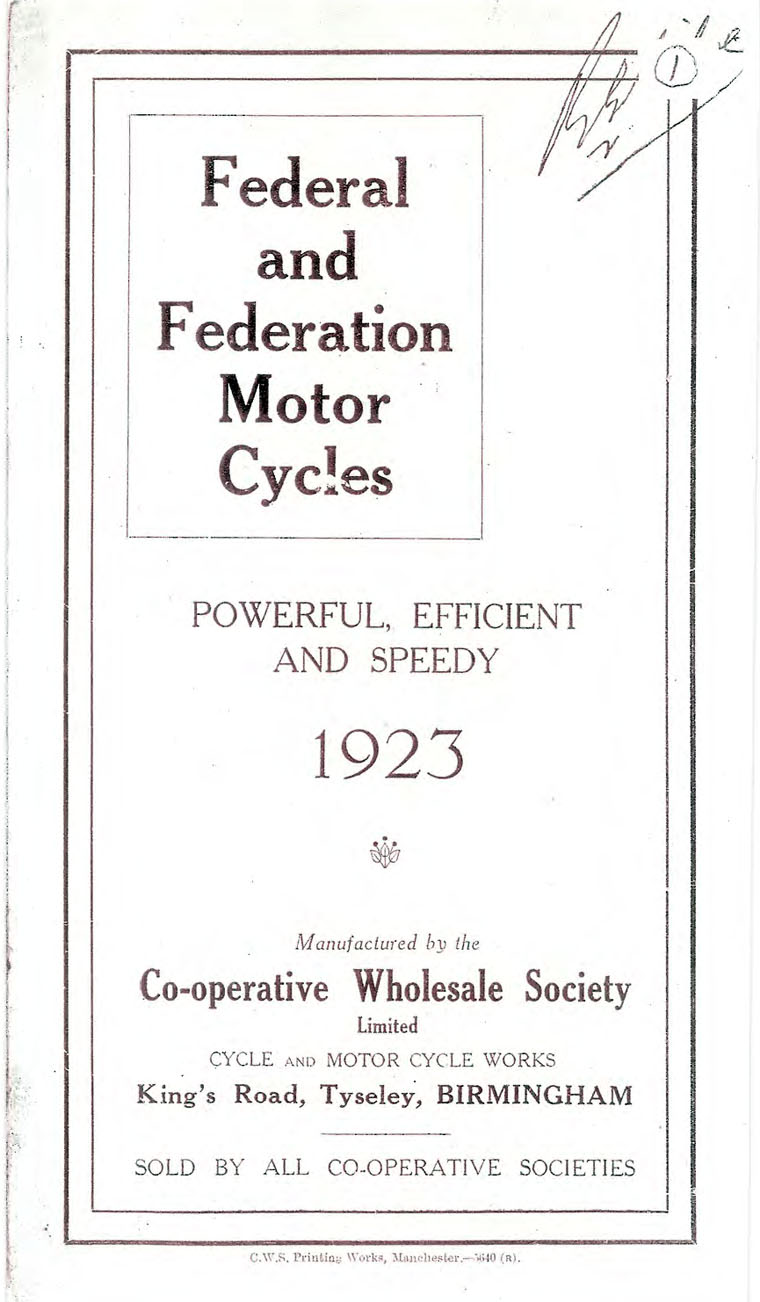 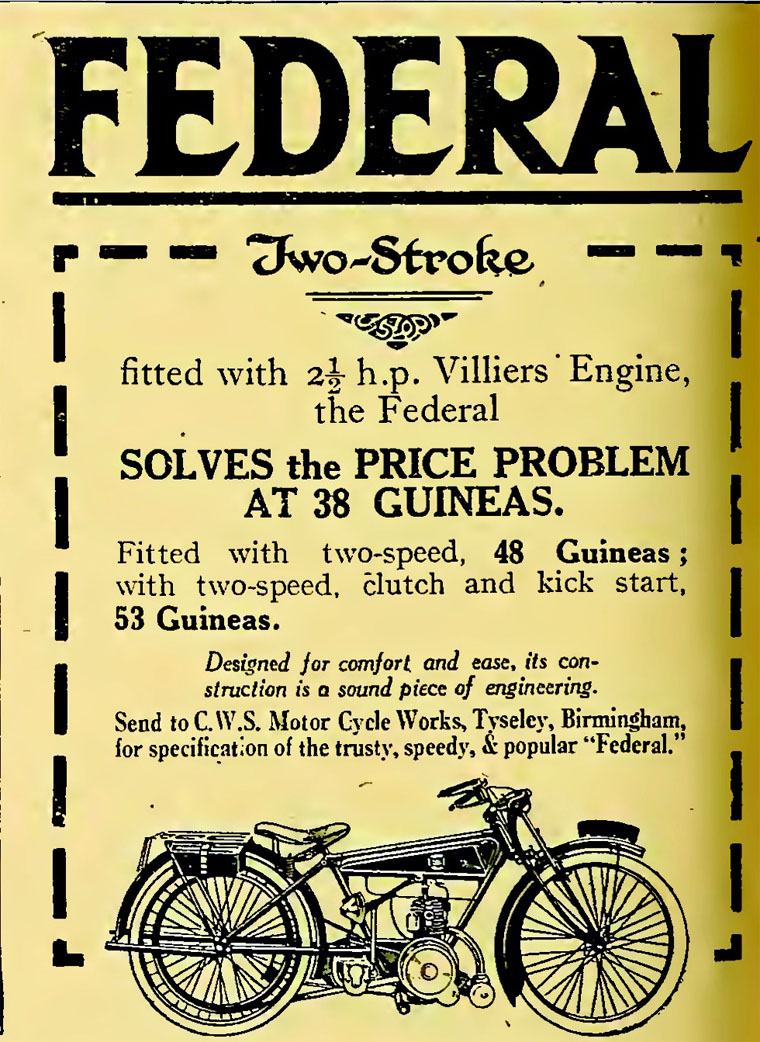 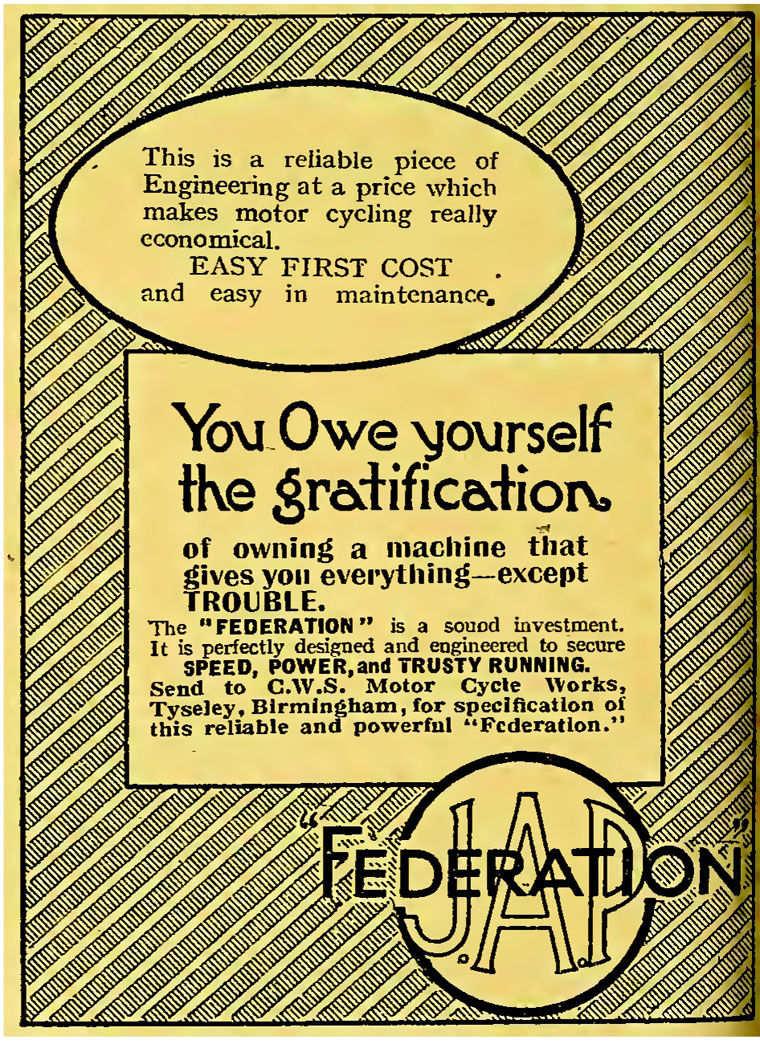 Federal motorcycles were produced from 1921 to 1929, by the Co-operative Wholesale Society (CWS).

1921 The Federal was first seen in 1921. It was a lightweight version of the Co-operative Wholesale Society Federation brand. Fitted with a 269cc Villiers engine, this was a conventional machine.

1929 The name was dropped, but company continued with the Federation until 1937, when they went back to the supply of groceries