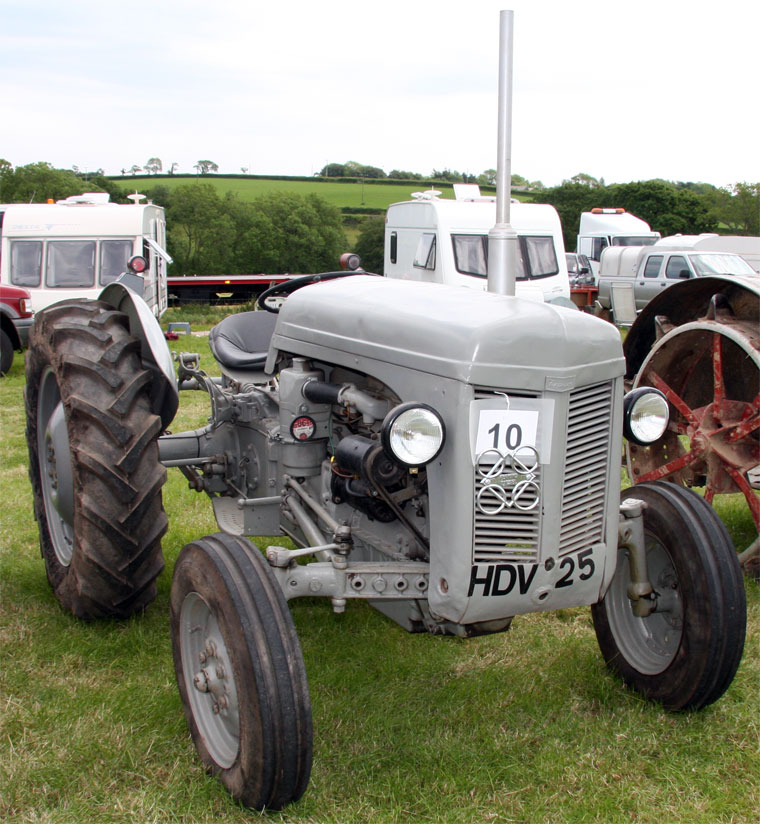 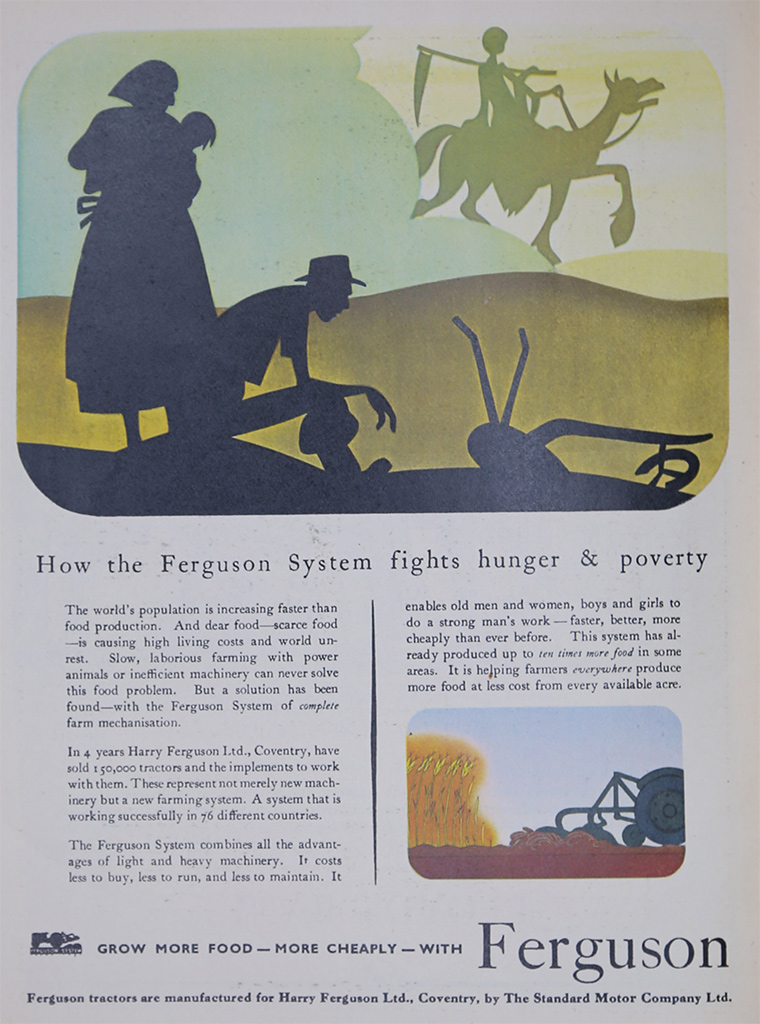 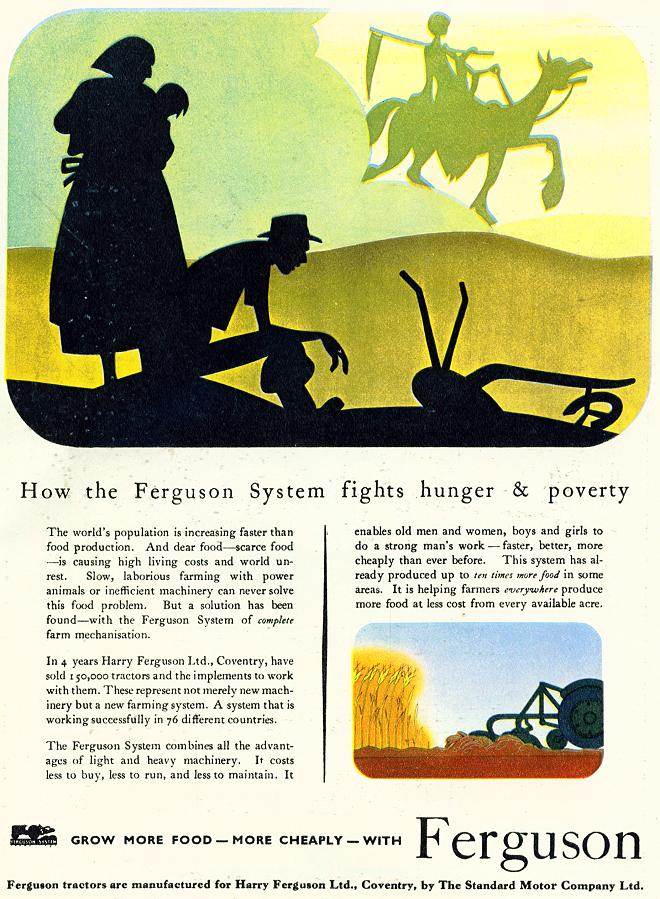 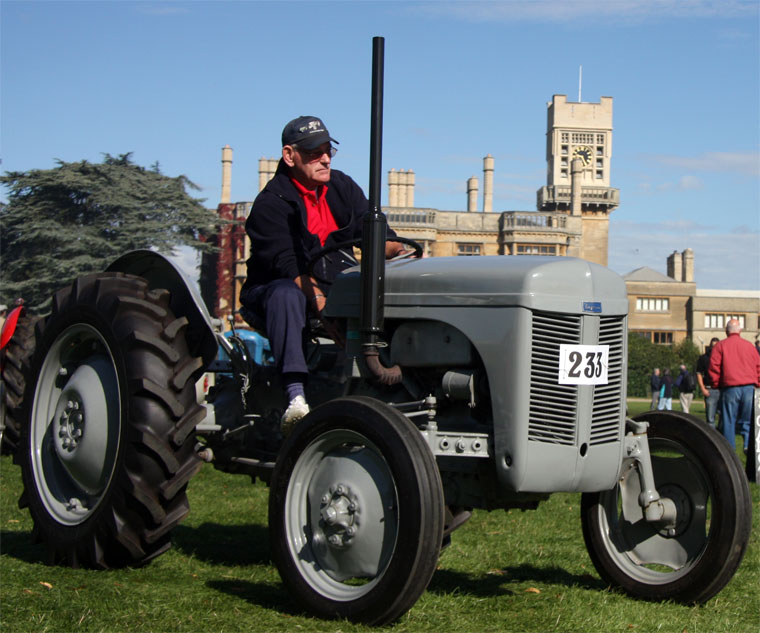 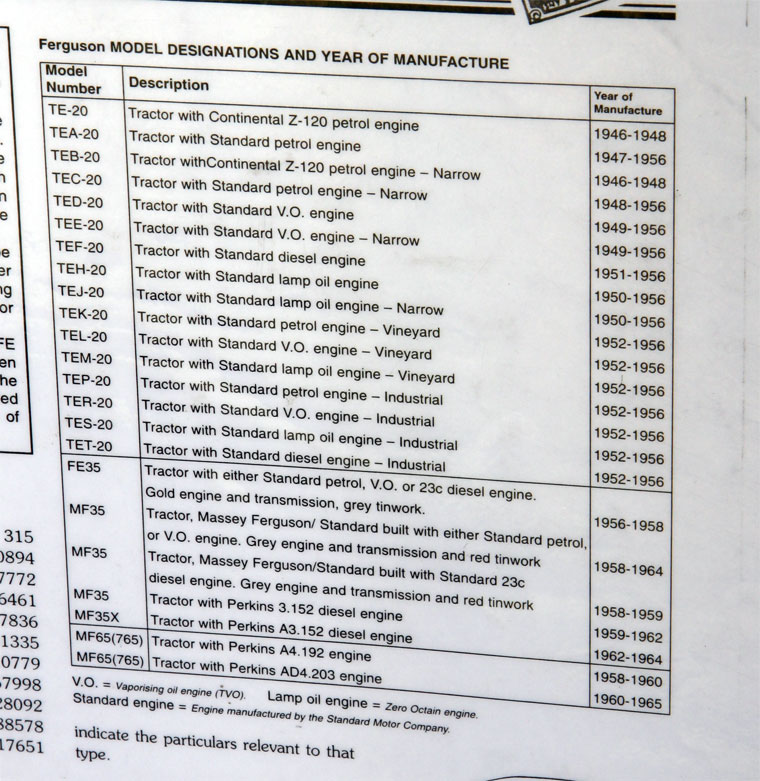 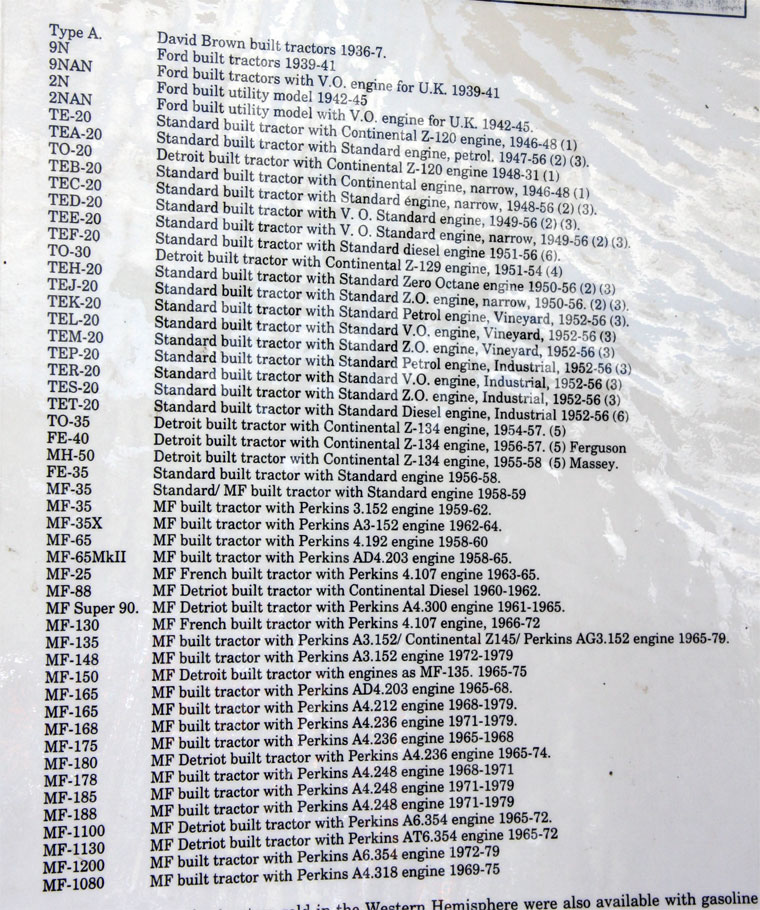 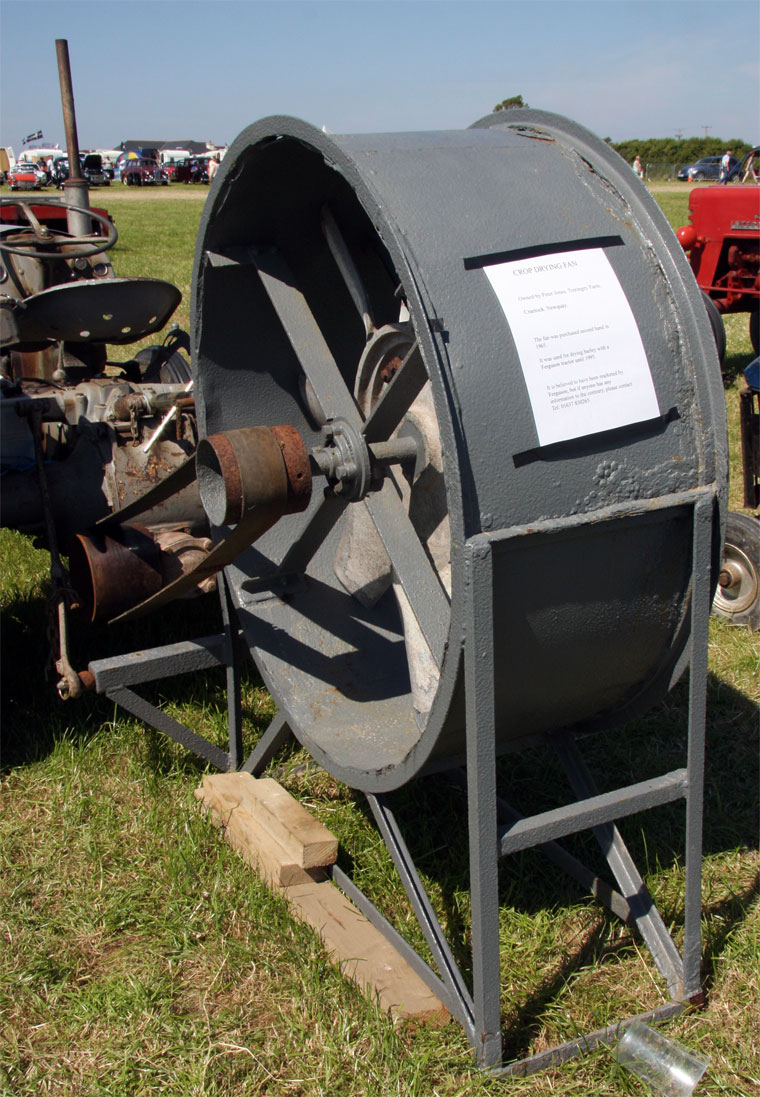 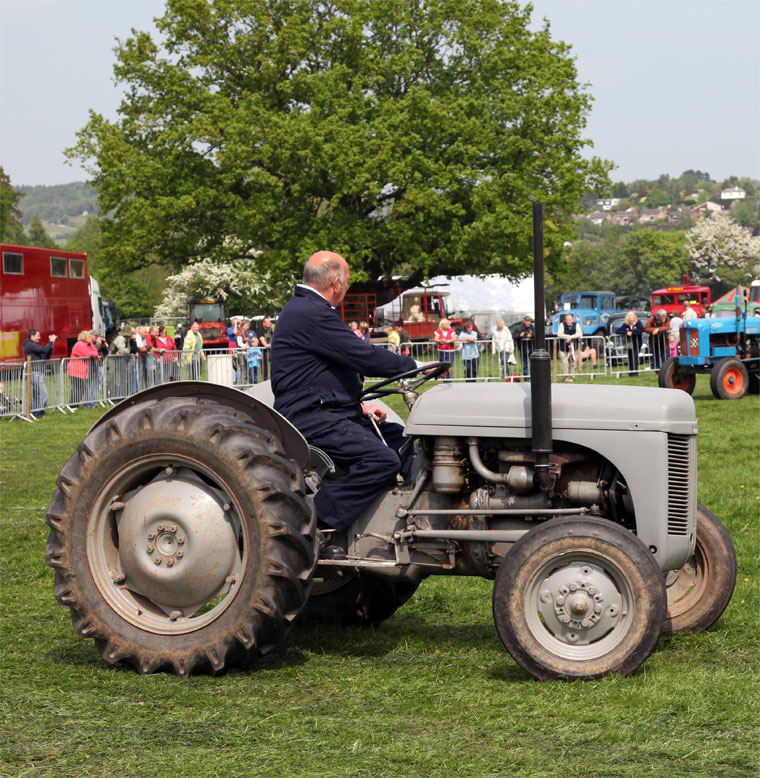 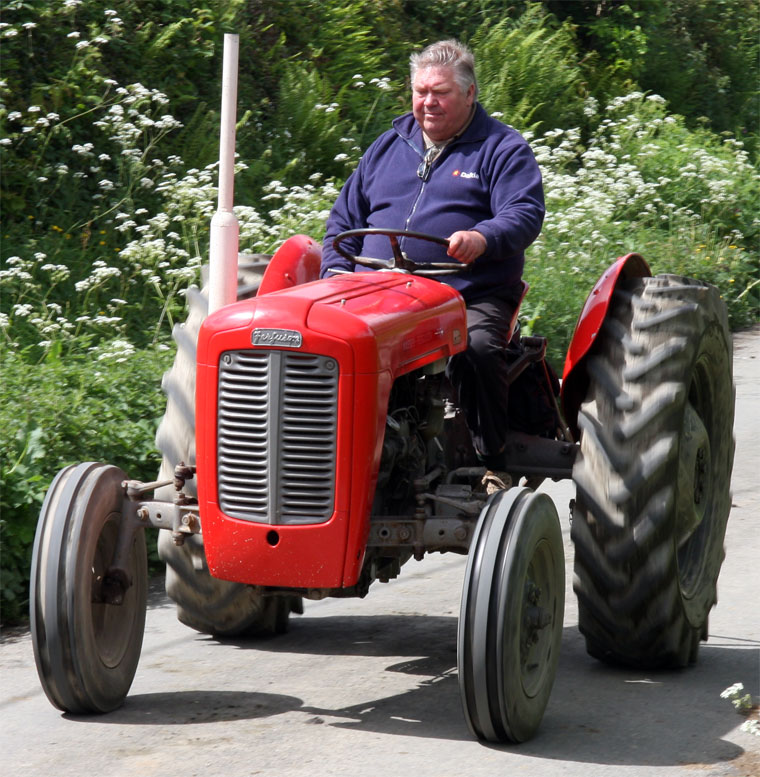 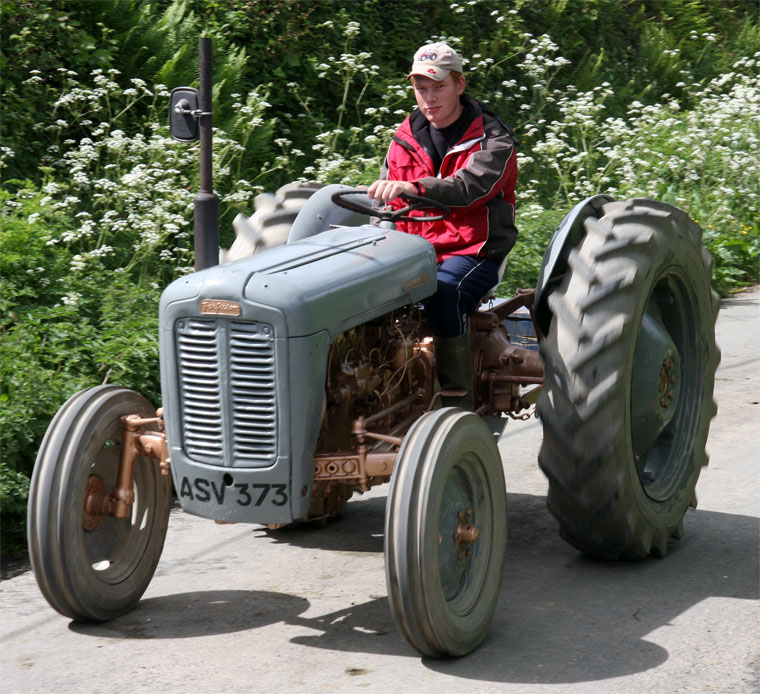 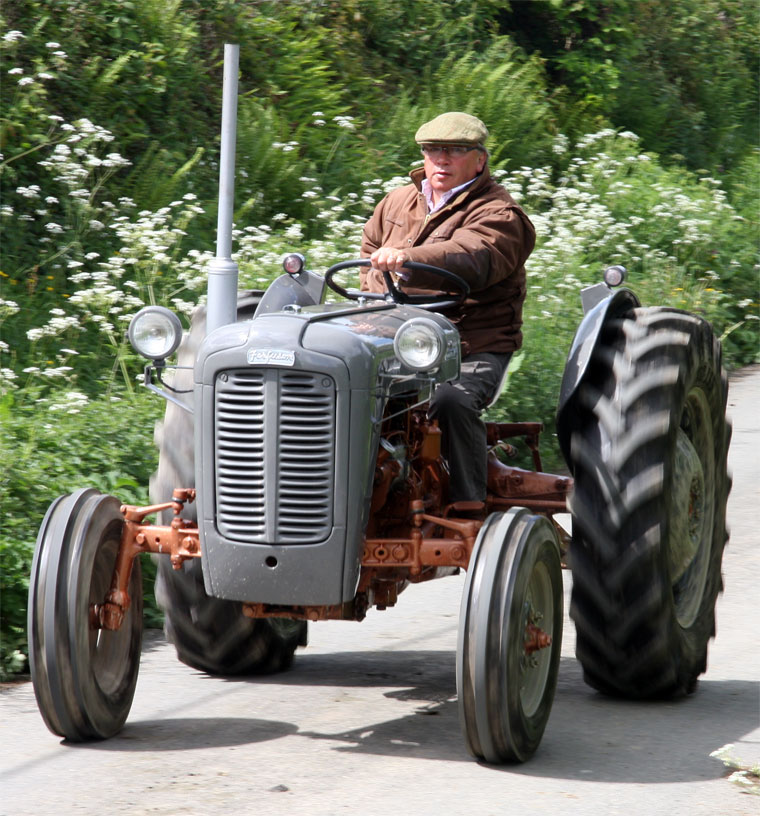 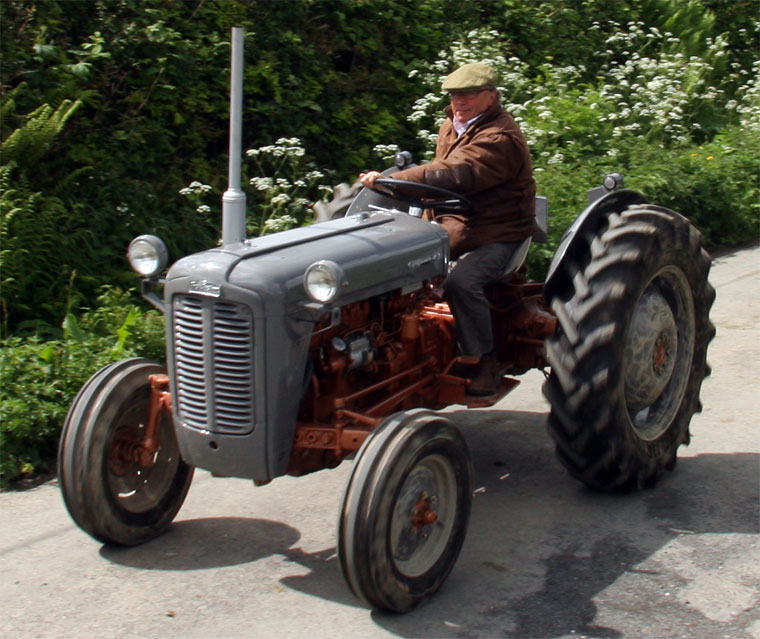 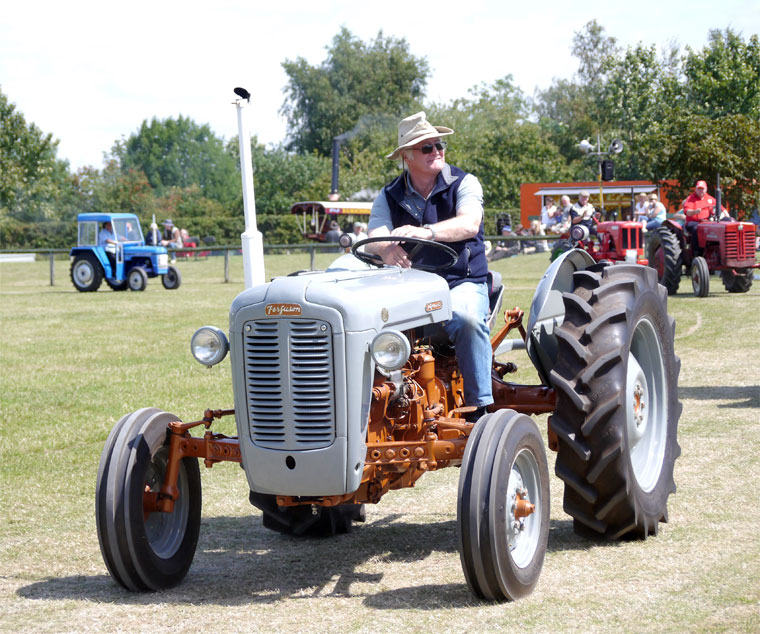 1912 He re-named the company as Harry Ferguson Ltd.

The Irish Board of Agriculture, impressed with his expertise, asked him to visit farms in Ireland to show owners and drivers how to make the most of tractor power.

1917 September: Ferguson became interested in how implements were attached to tractors and he took out a patent for an improved plough design.

Throughout the 1920s Harry Ferguson and his engineers developed a linkage with three attachment points and hydraulic operation. This became known as the Ferguson System and is the standard implement attachment and control system in use on the majority of farm tractors across the world.

Ferguson then went on to design a tractor which would demonstrate the advantages of the equipment with a view to gaining a manufacturer's interest. This tractor was known as the 'Black Tractor' as it had a jet black finish.

David Brown became the manufacturer of the 'Black Tractor' which then became known as the Type A and was marketed as the Ferguson-Brown. The colour was changed to battleship grey, a colour which Harry Ferguson would subsequently choose for production tractors with which he had a close involvement. An 18-20 HP Coventry Climax engine was used for the first production run of Type A. The tractor featured a three speed gearbox and the Ferguson System linkage.

The Type A could easily outperform more powerful tractors but had the disadvantage that farmers had to buy special Ferguson System implements making it expensive to purchase.

The sales of the tractor were poor and the partnership of Harry Ferguson and David Brown came under pressure with Ferguson blaming the factory for quality control problems.

1935 The Belfast company name was changed to Harry Ferguson (Motors) Ltd and a new sales company formed in England to sell the tractor as Harry Ferguson Ltd.

Harry Ferguson returned to England to build two prototypes but these were unsuccessful.

In 1939 he worked with a group of engineers on a new prototype called the 9N. The 9N or Ford Tractor, as it was also known, was a success. Its colour was battleship grey and it had a three speed gearbox with a four cylinder engine.

During 1942, due to wartime shortages, there were production delays and the 9N was modified and called the 2N. This had steel wheels instead of rubber tyres and a magneto to replace the battery and electric system. Another modified version was named the 9NAN which used paraffin instead of petrol as fuel.

1945 Standard Motor Co arranged to build the small Ferguson tractor which helped fill some of their large wartime factory space. This arrangement was seen by Standard primarily as a means of funding new car development.

1946 74,004 model 9N tractors were manufactured in its final year of production.

Henry Ford Senior had passed over the running of his company to his grandson Henry Ford II, Harry Ferguson was given six months' notice of his intention to cease supplying tractors to Ferguson. This resulted in an acrimonious split which ended up in the courts.

Whilst the court case was ongoing Harry Ferguson set up a distribution company, supplying it from his own factory in the United States and from a new production line at Banner Lane, Coventry. The TE20 was the first tractor to be made on the production line at Banner Lane, using the Continental Z-120 engine. The Z-120 engine was later replaced by a Standard Vanguard car 2,088cc unit.

1953 Ferguson merged with Massey-Harris to become Massey-Ferguson. Harry Ferguson, realising that he was no longer in control and that Massey-Harris had taken over, bought himself out of the company.