Grace's Guide is the leading source of historical information on industry and manufacturing in Britain. This web publication contains 143,362 pages of information and 230,031 images on early companies, their products and the people who designed and built them. 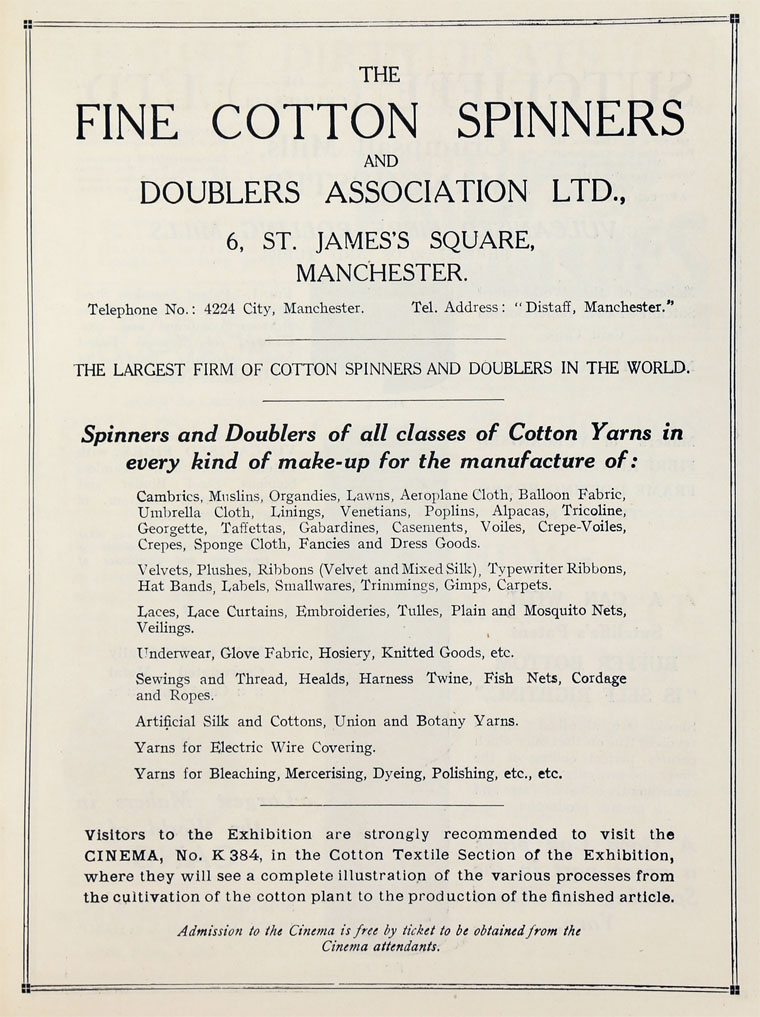 1898 The company was registered on 31 March, to take over various companies and firms engaged in spinning fine (Sea Island) cotton, and to carry on the business of fine spinners and doublers; other businesses have since been acquired. [1]

The business was founded through the efforts of Herbert Dixon and Scott Lings in 1897. Businesses that joined in this enterprise at the time included A. and G. Murray; Thomas Houldsworth and Co; C. E. Bennett and Co; James and Wainwright Bellhouse; and McConnel and Co; but many more followed in subsequent years.

The new association was vast compared with its competitors and its large size enabled it to secure its supplies of cotton from Sea Island and Egypt. For thirty years it was the world's largest cotton-spinning concern, expanding to operate 60 mills and employ 30,000 operatives.

1915 the vice-president, McConnel, was on the RMS Lusitania when she was sunk by enemy action. He survived and wrote an account of the sinking which was published in the Manchester Guardian.

1946 the name of the business was changed to Fine Spinners and Doublers Limited.