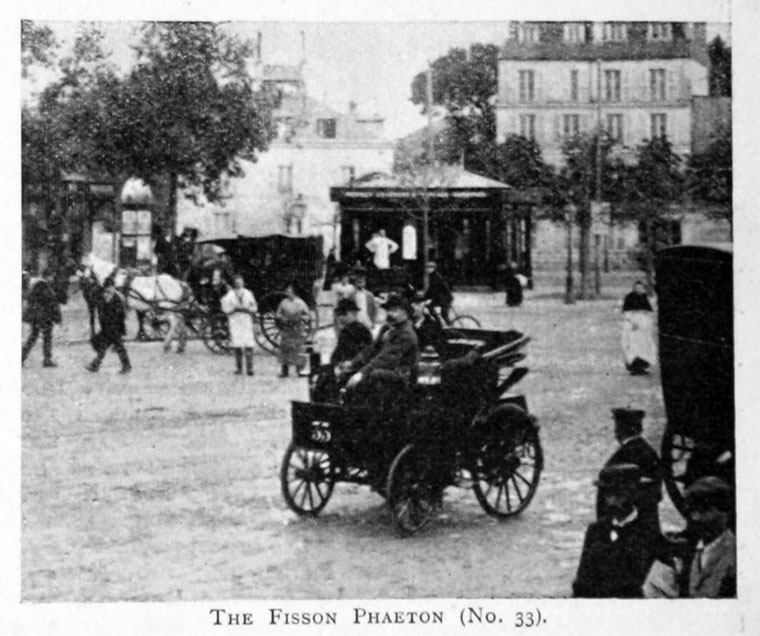 He entered a car of his own manufacture in the 1896 Paris-Marseilles-Paris Race. Monsieur Ferte driving a Fisson was first away in the race, but ran over an over-eager spectator in the Avenue de Paris and thereby failing even to get as far as the first night's stop.

Fisson built Benz-like vehicles through 1896-7 on a limited scale. He is recorded as driving one of his own cars in the 1897 Paris-Dieppe Race and achieved 9th place in class finish.

Fisson designed his own vertical engine in 1898, claiming advanced lubrication and variable timed ignition. The new, vertical, twin-cylinder engine had a bore and stroke of 130 x 110mm, displacing 2,920cc which, fuelled by a surface carburettor, transmitted power through a four speed sliding gearbox with final drive by side chains, the whole mounted in a wood and flitch plate chassis.

Fisson's new car was exhibited at the Paris Salon in 1898