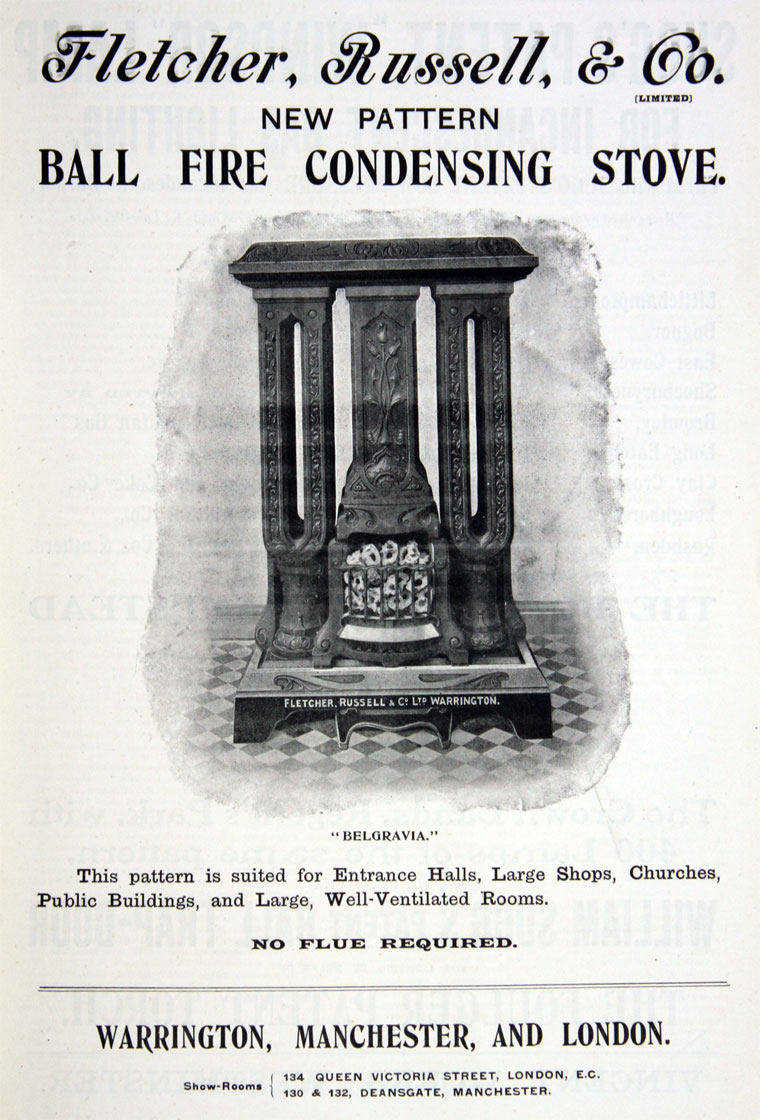 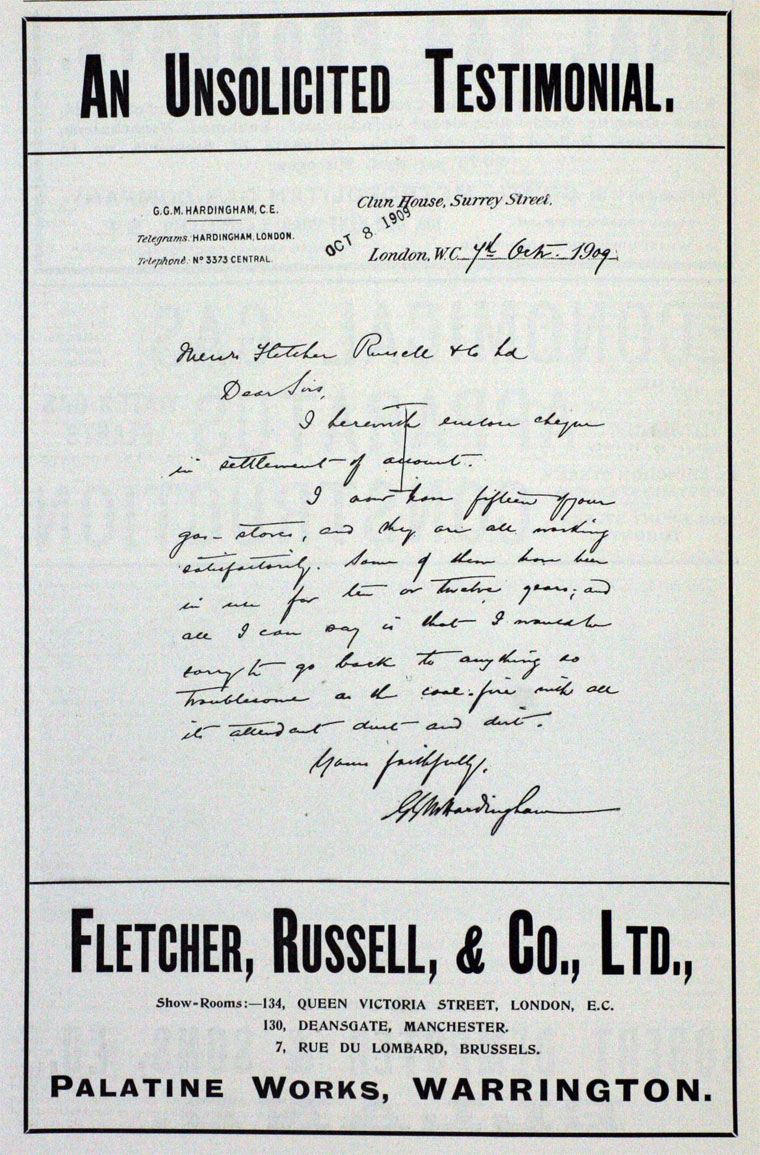 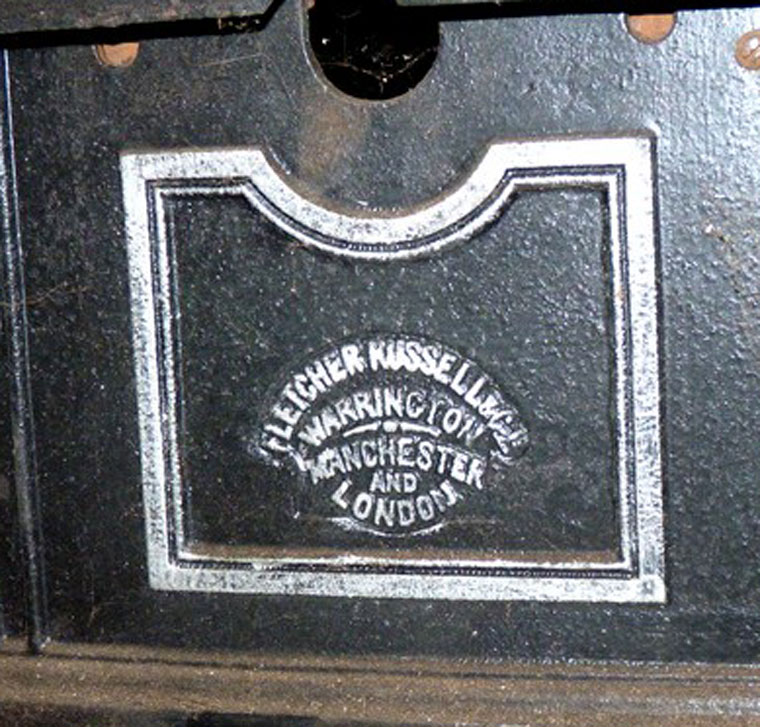 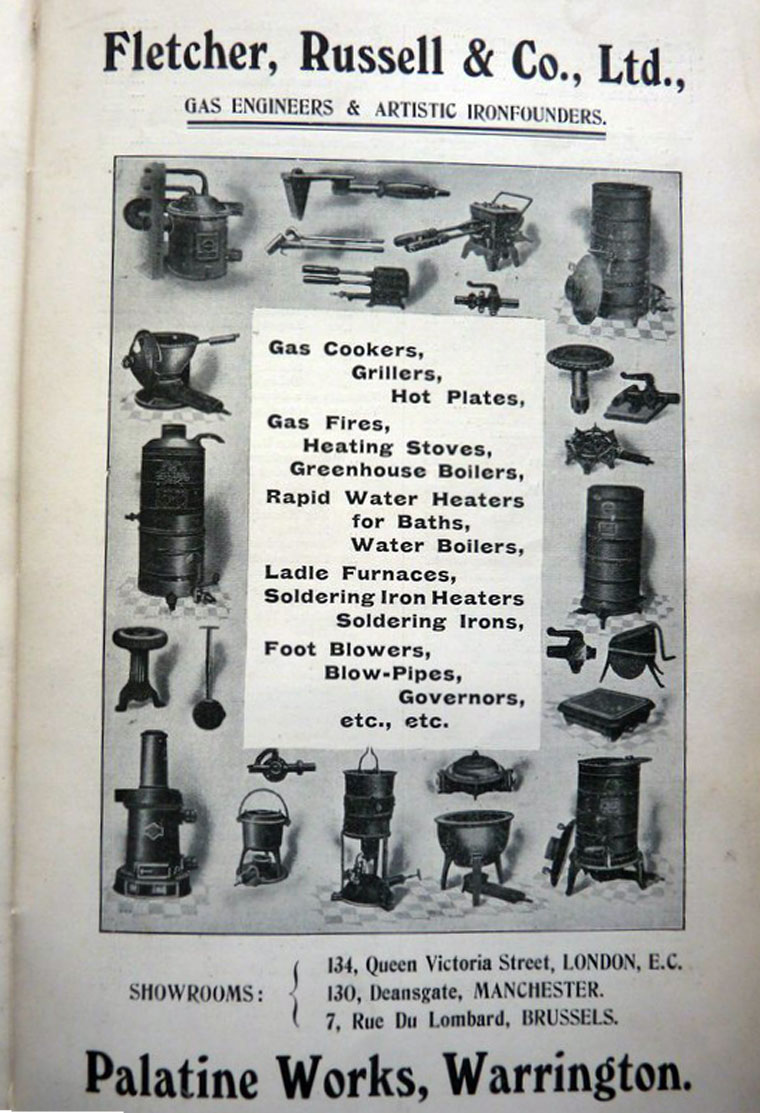 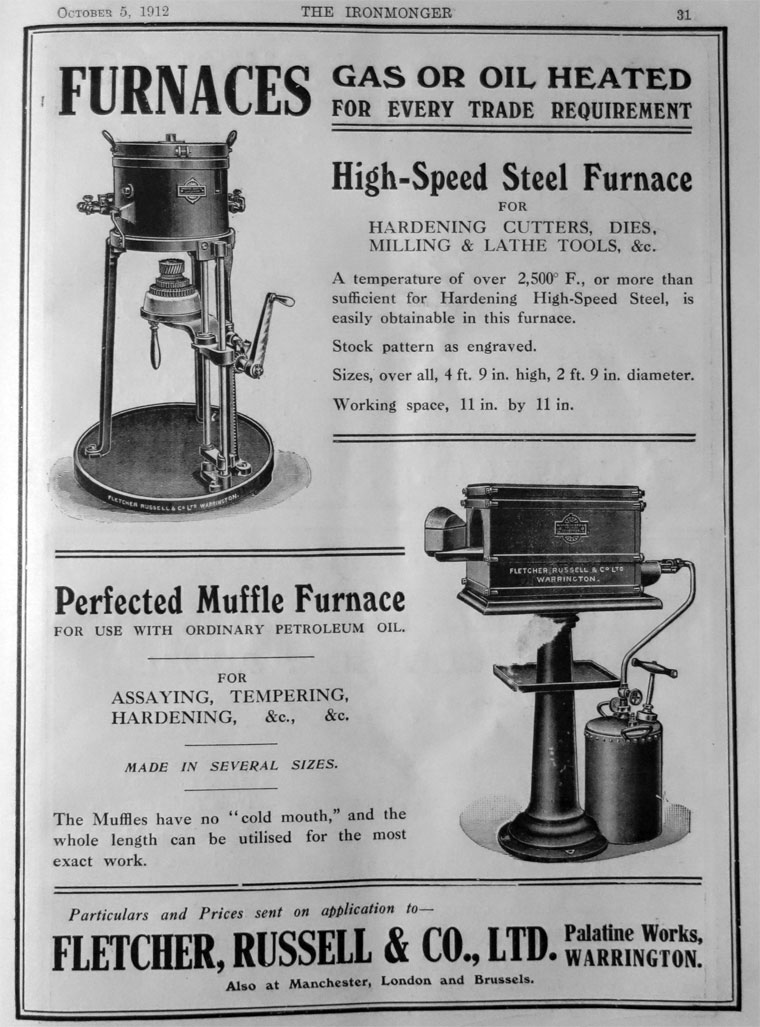 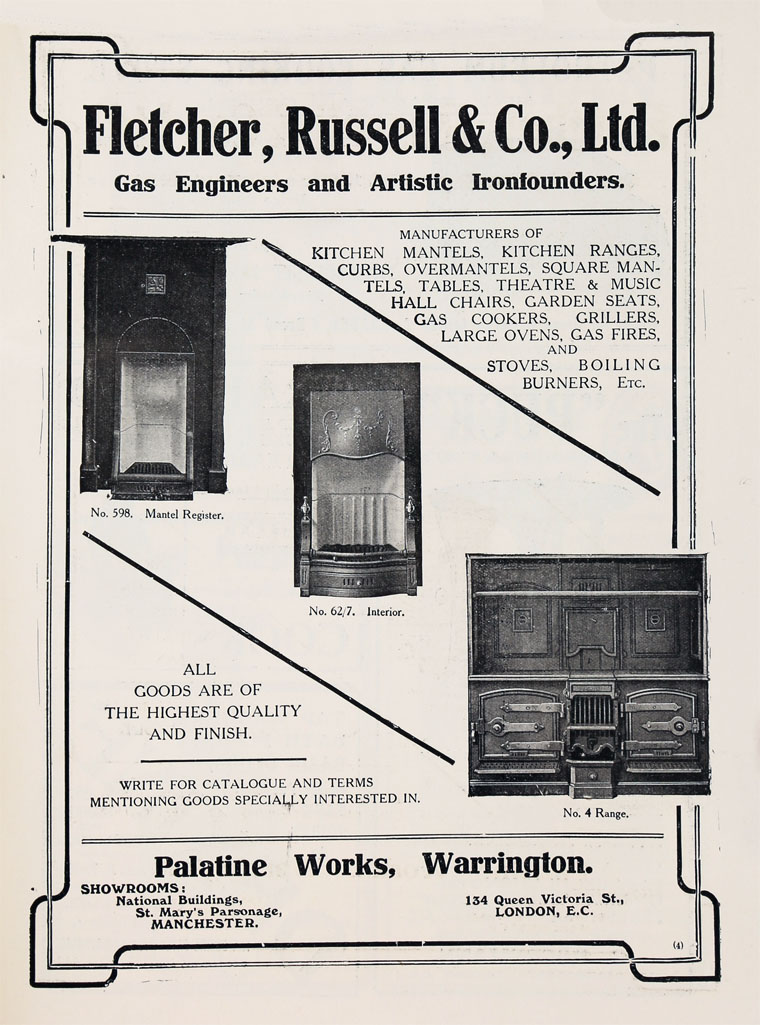 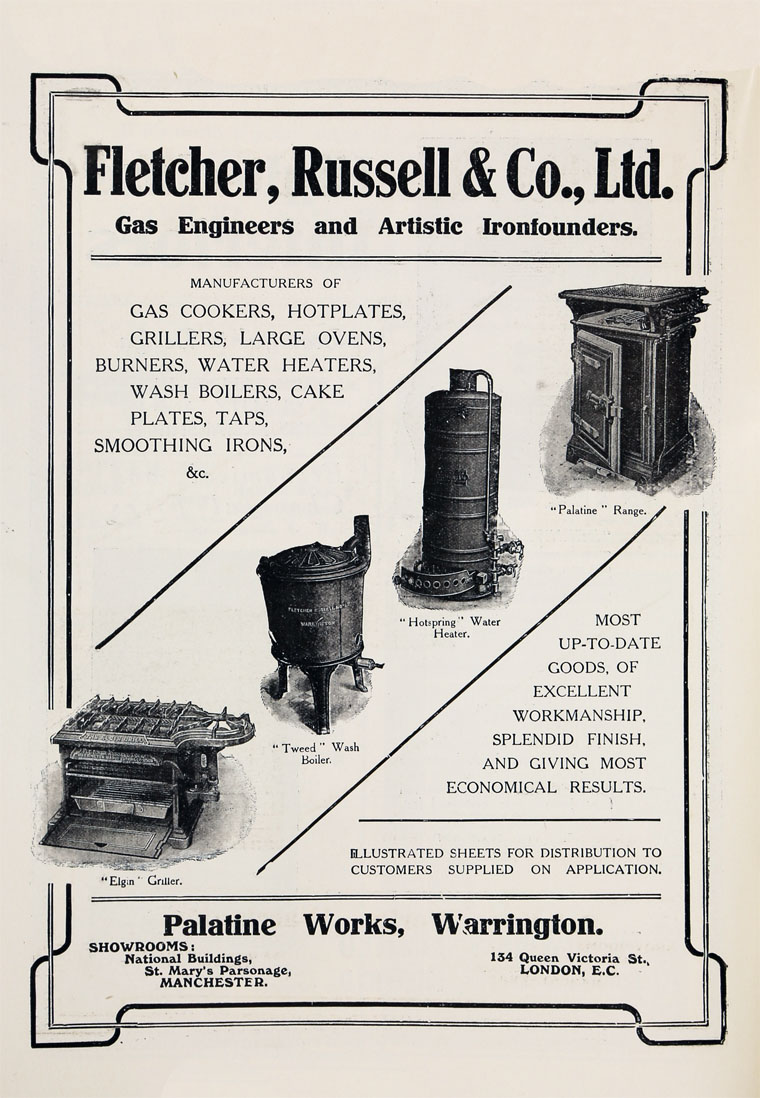 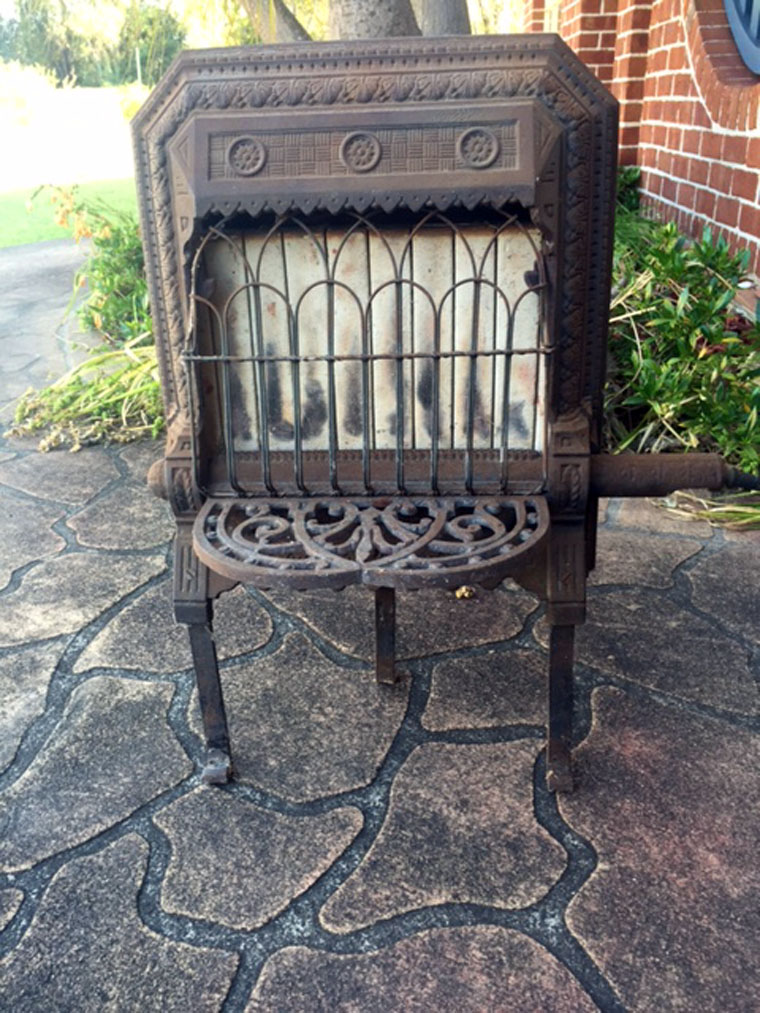 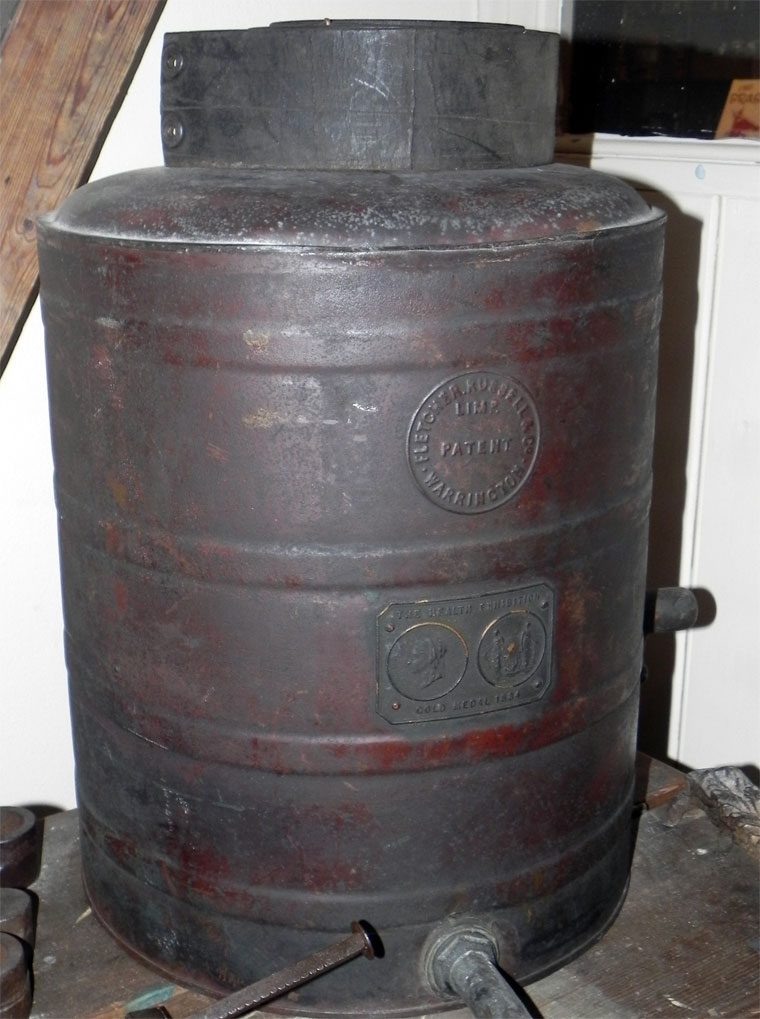 Exhibit at the Museum of Bath at Work‎. 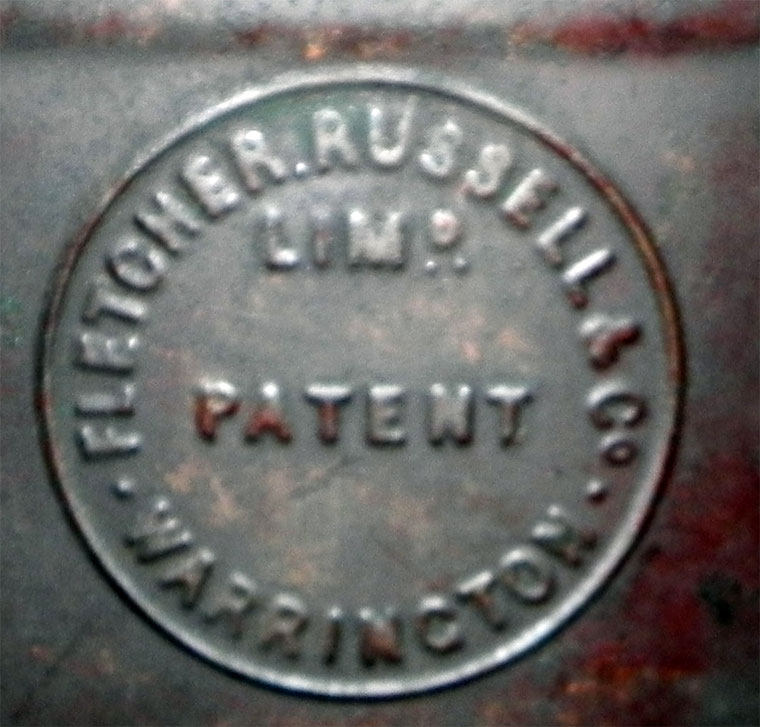 Exhibit at the Museum of Bath at Work‎. (Detail). 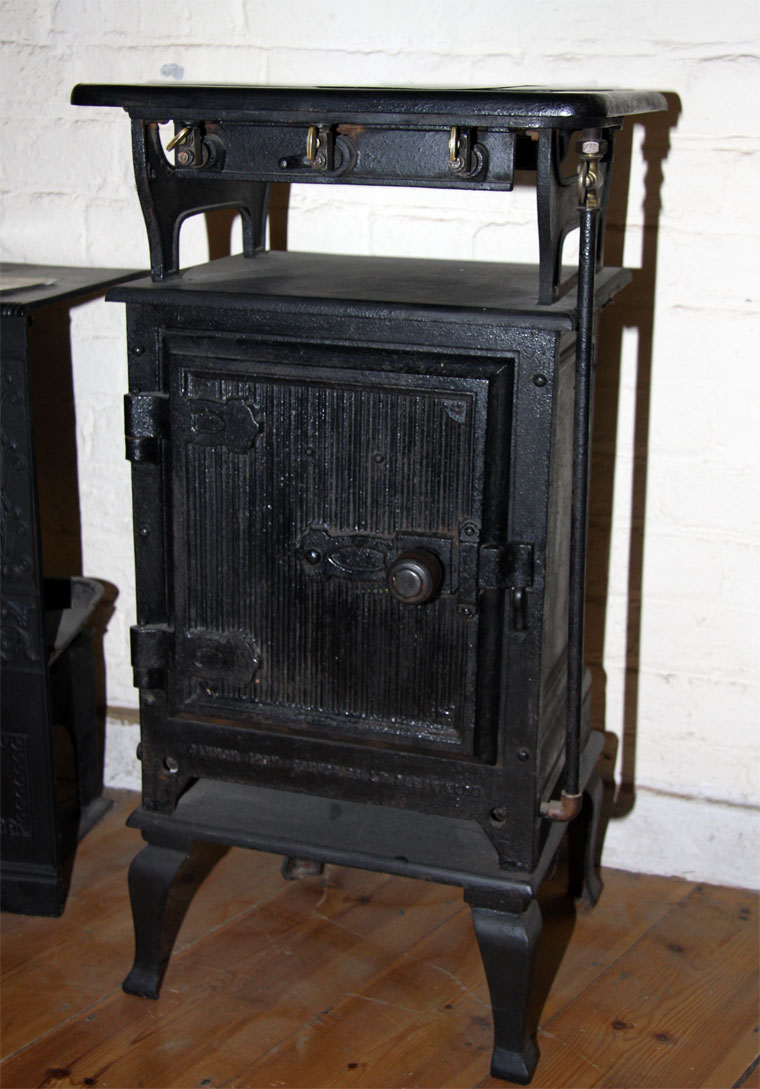 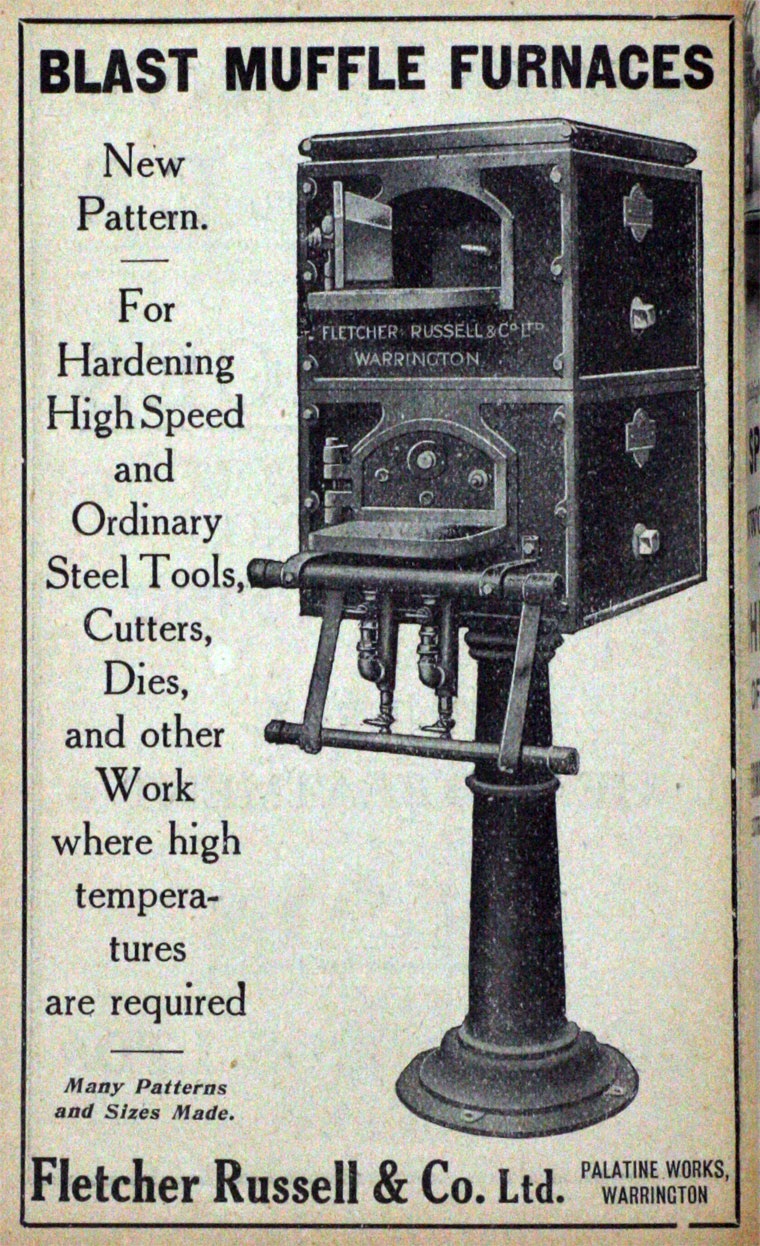 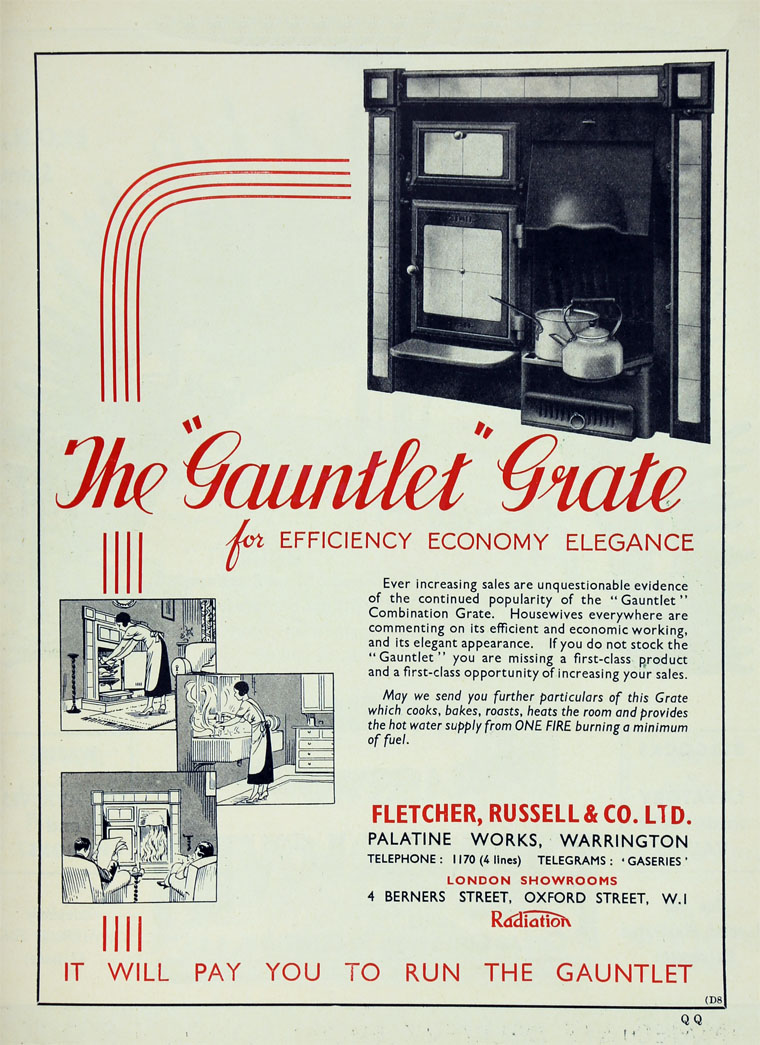 By 1876 he had moved to 4-6 Museum Street, and was manufacturing dental apparatus.

By the early 1880s he had added a gas appliance manufactory in Thynne Street.

1892 The company was registered on 16 February, to acquire the business of gas engineers and iron founders of the firms of T. Fletcher and Co and W. and A. C. Russell and Co. [1]

1895 The company had become Fletcher, Russell and Co Gas Engineers, his firm having merged with Alexander and William Russell of Pendleton Iron Works.

The 1901 directory gives their address as Palatine Works, Wilderspool Causeway, Warrington, manufacturing all types of gas equipment including fires, cookers and water heaters as well as laboratory equipment.

1967 Radiation Ltd was acquired by Tube Investments and subsequently various parts of the combined group have undergone further changes and mergers up to the present day.