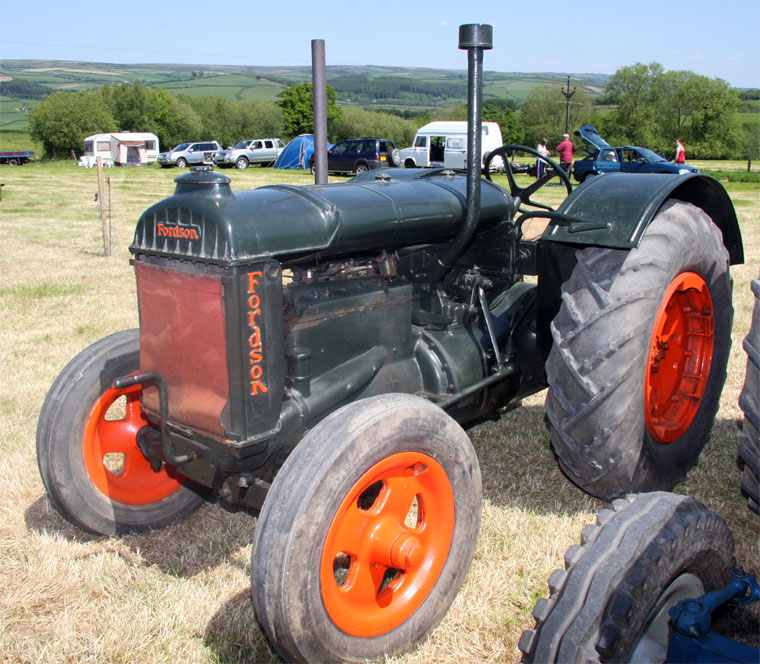 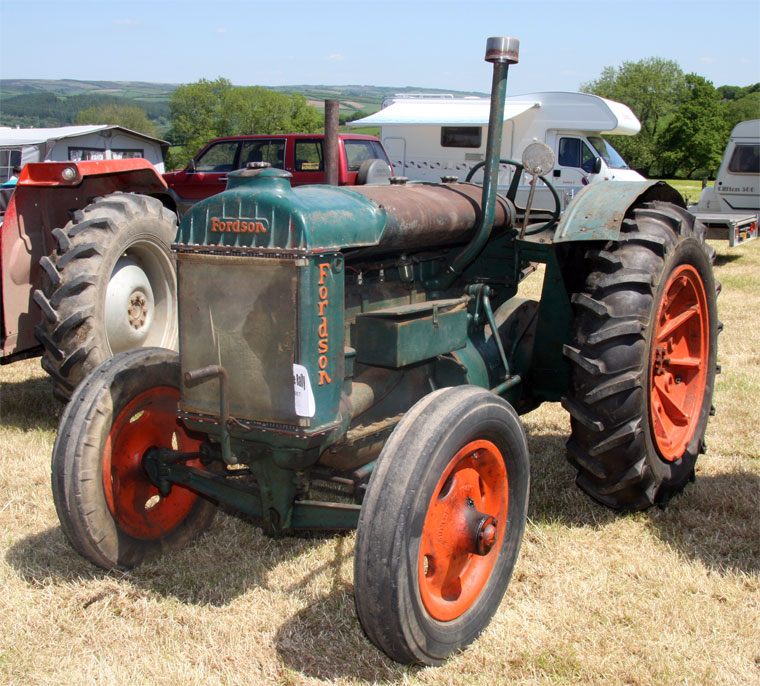 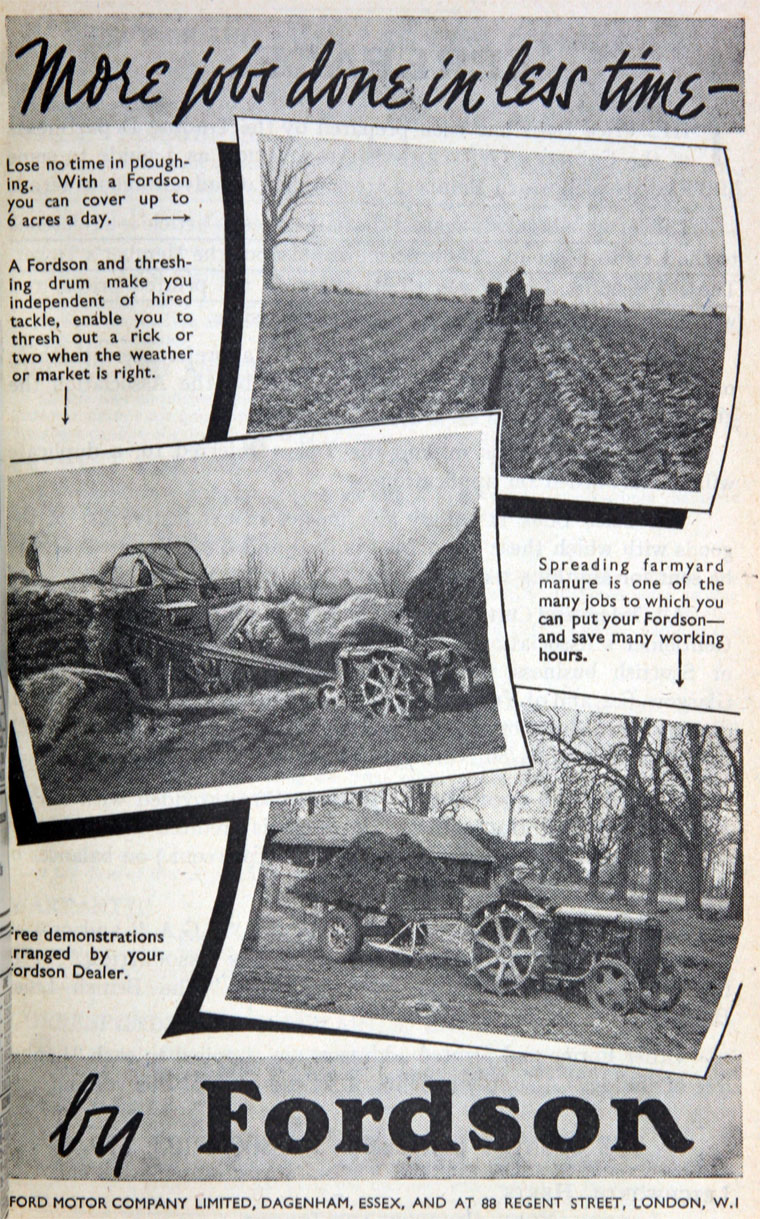 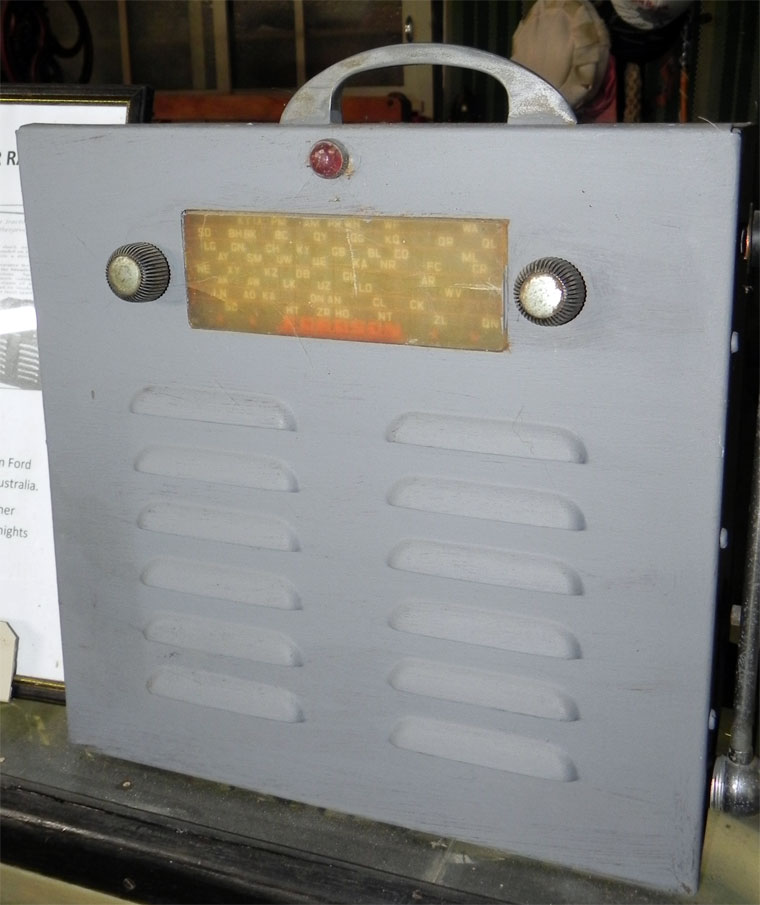 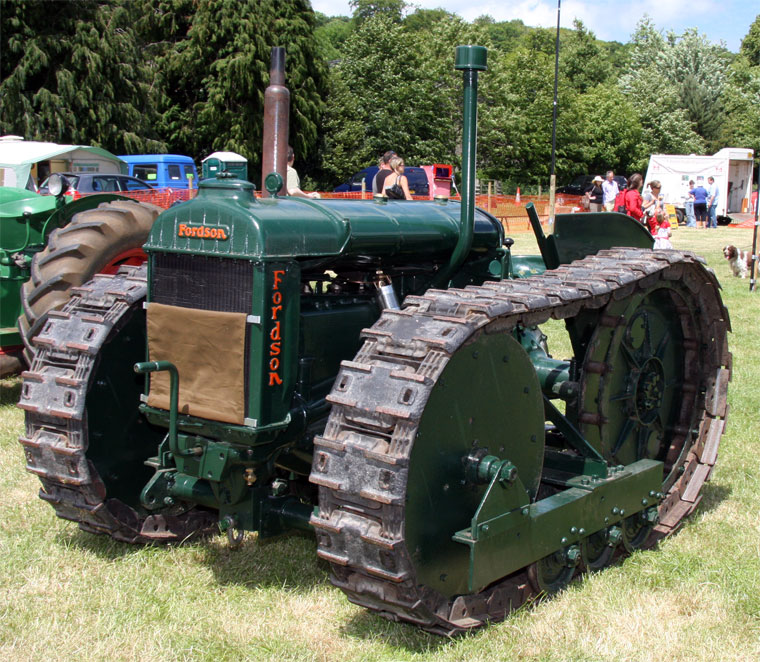 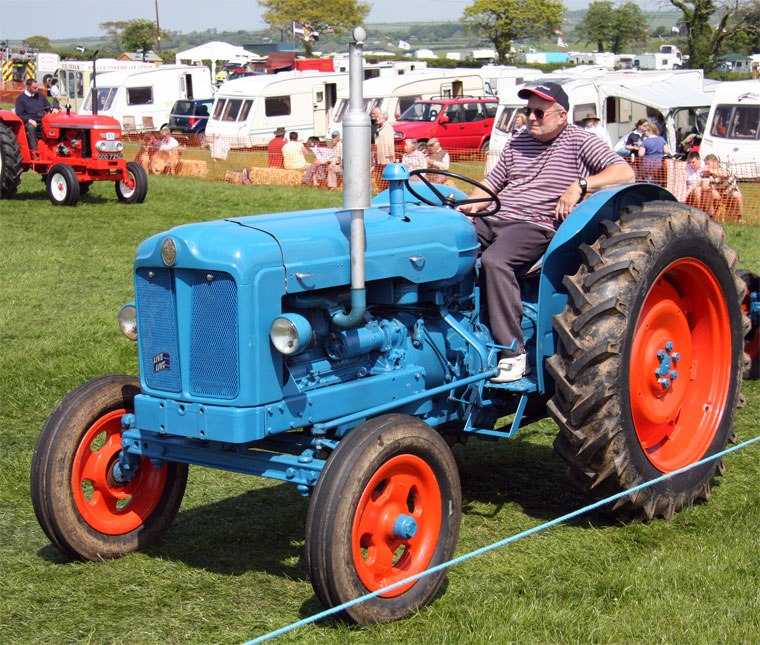 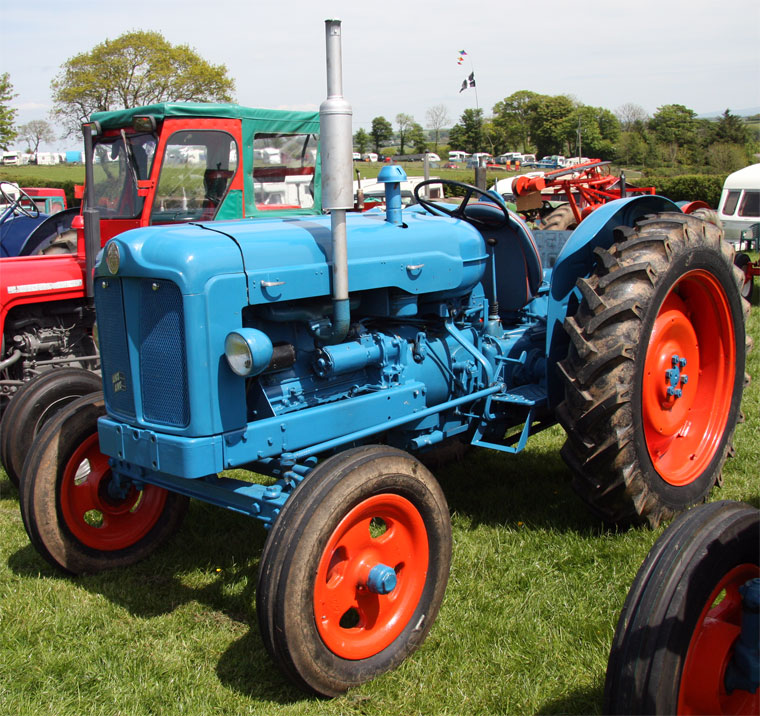 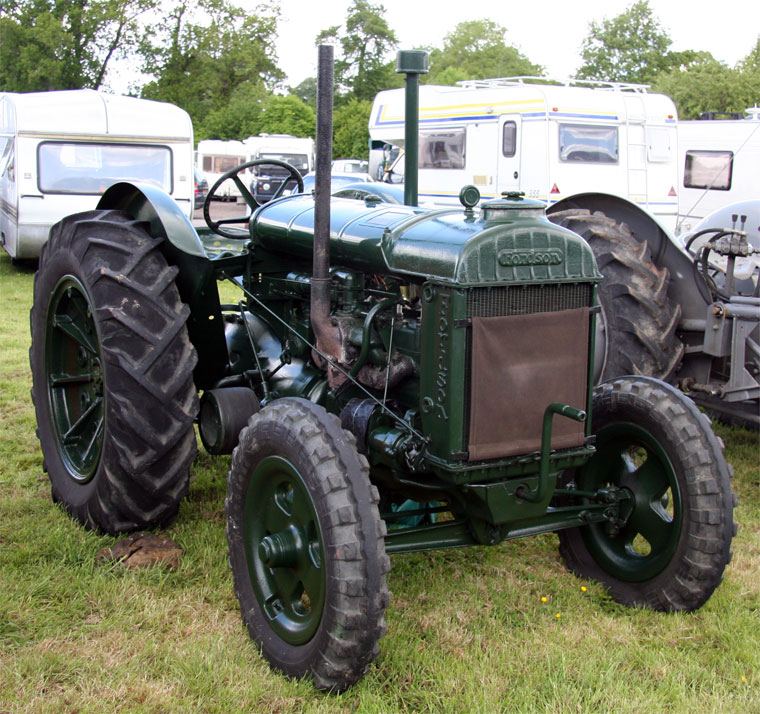 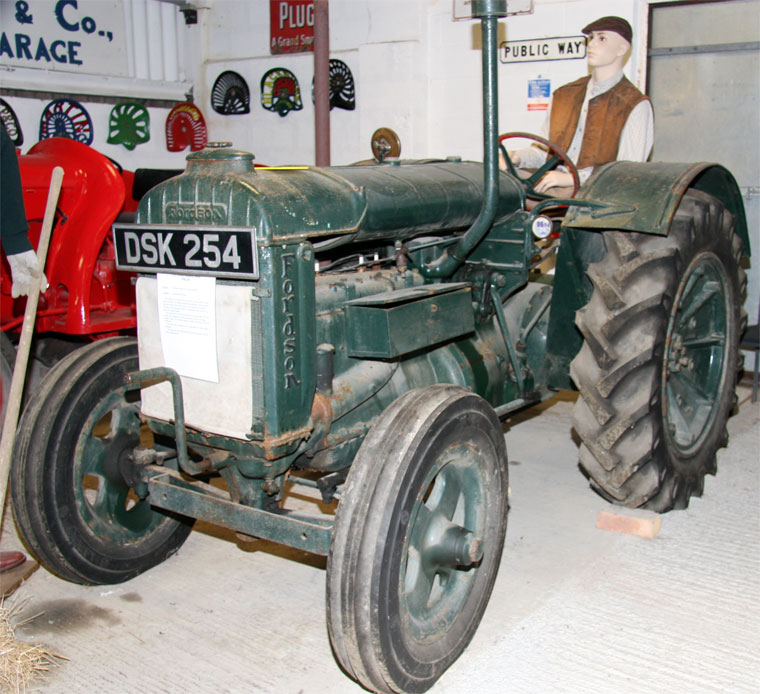 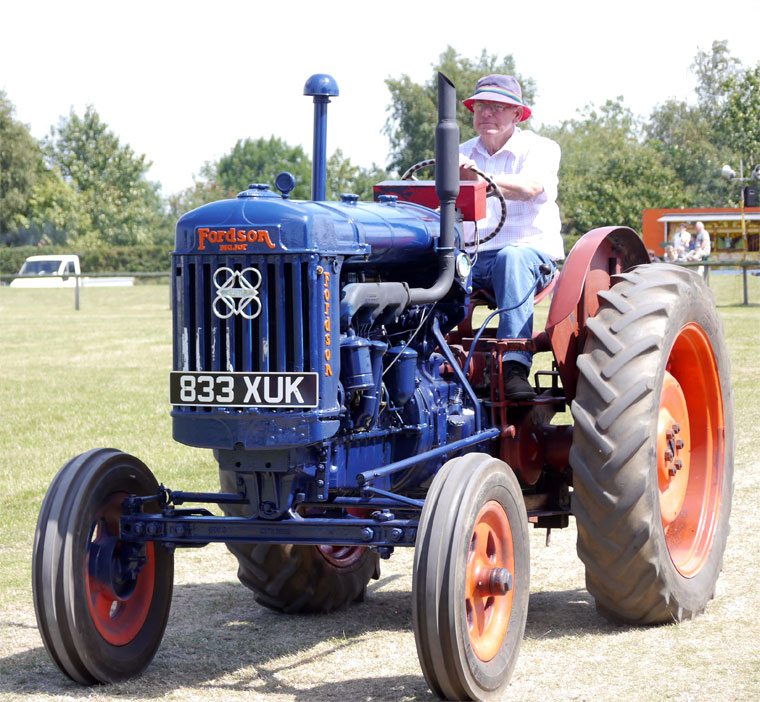 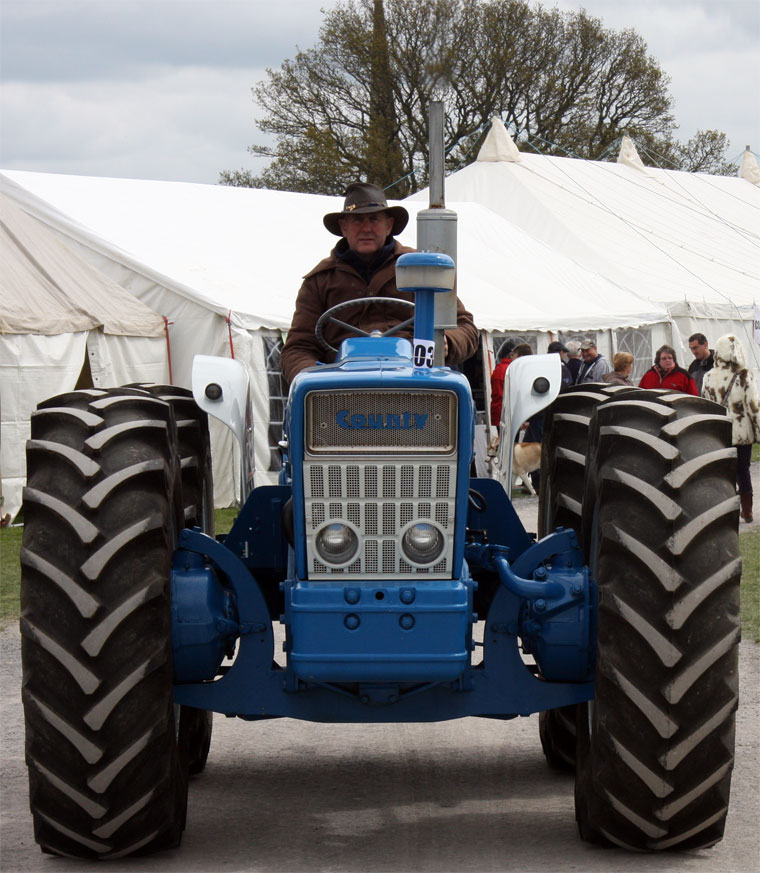 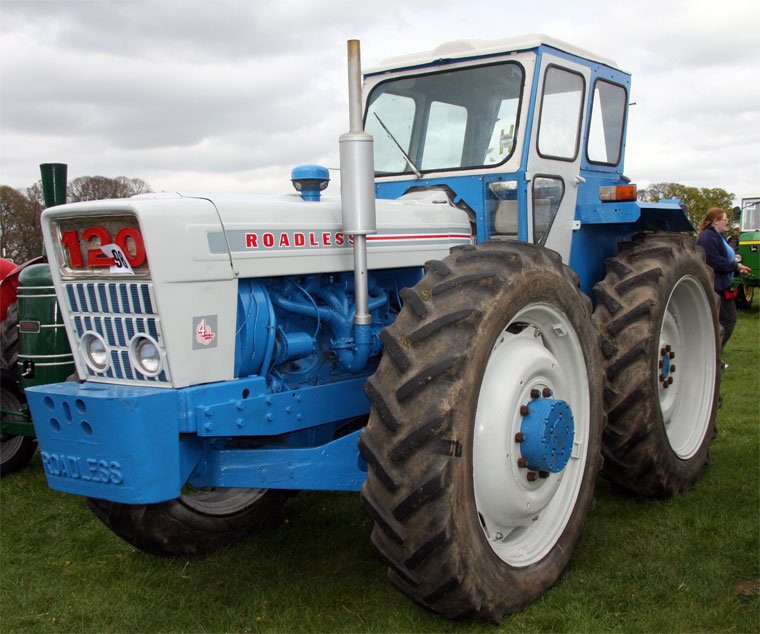 Note: This is a sub-section of Fordson.

The Model F was supposedly the product of about fifty prototypes. The engine and gearbox were those used in the Ford Model B car.

1919-22 Produced at a factory at Cork. Initially the Model F was produced on a limited scale, however in 1918 production increased substantially and in Britain the government placed an order for six thousand Model Fs.

To produce such a quantity of machines the assembly line methods used in the production of the Model T car were employed. This meant that the production costs were low so that the tractor could be sold at a price that the average farmer could afford. The tractor was used widely in Britain and the United States and also in Russia.

The Model F tractor was so successful in the United States that many competitors went out of business. The Model F was not without its disadvantages but it was reliable, cheap to buy and cheap to run.

In 1928 production was moved to a new factory in Cork, Ireland and it was here that the Model F became the Model N. The Model N was more powerful, had stronger front wheels and an improved wheel-grip. It also featured a governor, a water pump and a high-tension magneto.

1933 The location of the factory meant that all raw materials had to be imported and this increased the production costs, therefore the Fordson factory relocated to Dagenham in England.

The Model N was selling well in the United Kingdom but Fordson's tractor sales in the United States were not as good as competitors designed machines which could outdo the Model N.

1937 Fordson then created the All-Around (also called the Row Crop) which was a general purpose row-crop tractor.

1945 The Fordson Dagenham plant continued to produce the Model N and in 1945 produced an updated model called the E27N. This featured an updated Fordson engine with a three forward and one reverse gearbox, a conventional clutch and a rear axle drive. It was powered by an in-line, four-cylinder side-valve engine that produced 30 HP.

In 1948 over fifty thousand E27Ns were produced with production ceasing with the arrival of the New Major in 1952.

The New Major had six speed transmission and hydraulic three-point hitch and in 1958 the power was increased to 43 HP and power steering was an optional extra. It was introduced at the 1951 Smithfield Show.

The Dexta and Super Major tractors were the last models to manufactured under the Fordson name and in 1961 the United States and United Kingdom operations were combined.