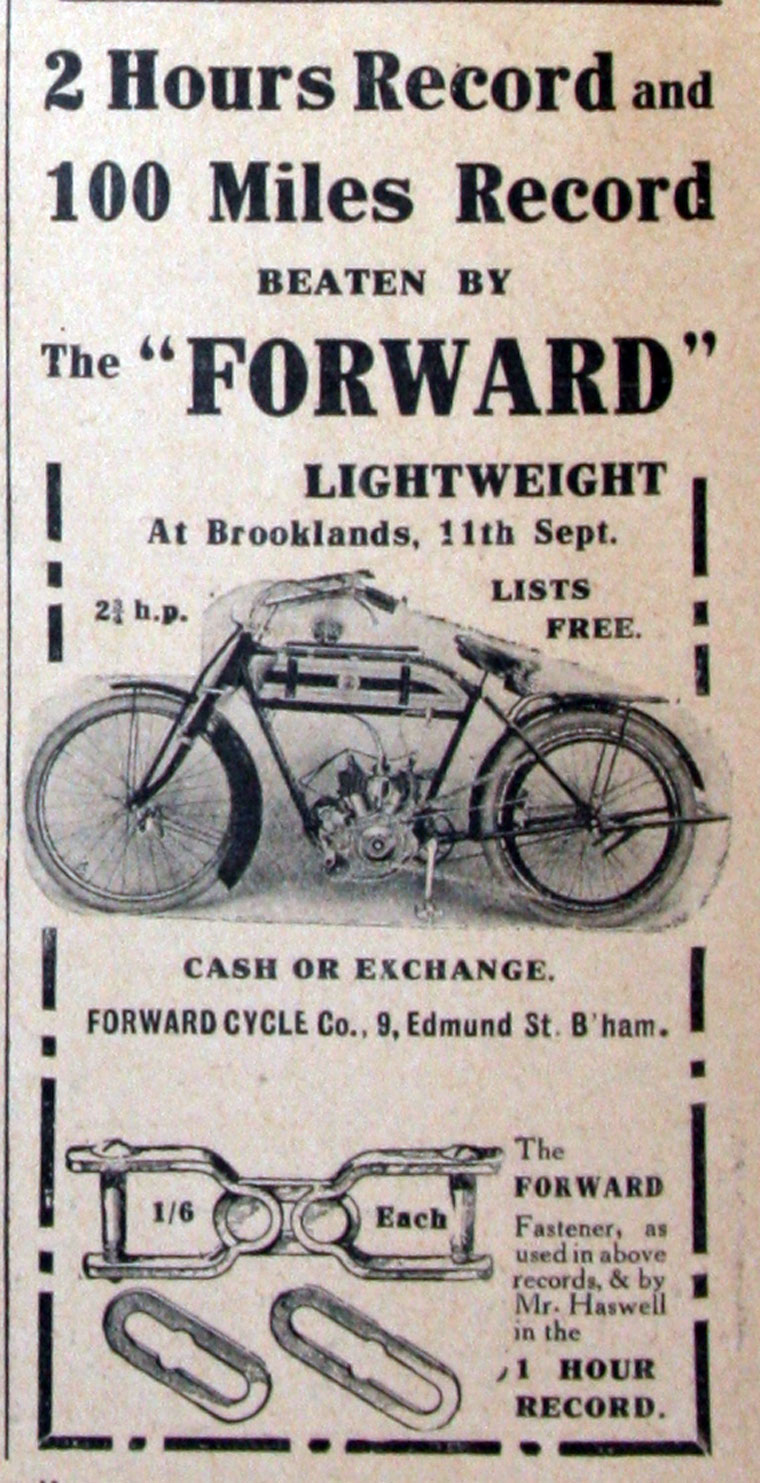 1911 This bicycle firm moved into the motorcycle trade with a 2.75hp model powered by a 345cc V-twin engine with a basic specification that was typical of the era. There was success in the Junior TT that year, when Harold Cox finished third and was the first private owner home.

1912 Cox repeated his success by coming third once again and P. W. Owen rode a second machine into fifth place. A ladies' model was offered that year.

1913 Three machines were entered in the TT, but all retired early.

1915 Production of the range continued for that year and then ceased.