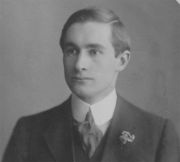 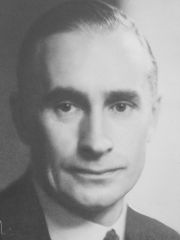 He was the first owner of a motor car in Wickersley

He visited the US extensively in 1925 doing various lectures, toured Eastern Europe in the 1930s according to his passport stamps.

Mr. Francis Charles Moss is the second son of the late Mr. Charles H. Moss JP and was born in Rotherham in 1886.

He was educated at the Rotherham Grammar School and Sheffield University, and served an engineering apprenticeship with Marshall, Sons and Co., Ltd., of Gainsbro', afterwards moving to the Rotherham Forge and Rolling Mills in 1907, Where he is now Managing Director.

Mr. Moss is an Associate Member of the Institute of Mechanical Engineers, and holds the following positions: - Past president of the Rotherham Technical Institute Engineering Society, member of the Sheffield Society of Engineers and Metallurgists; honorary secretary of the Wickersley Christian Institute; hon. treasurer of Wickersley Parish Council, also hon. treasurer of the Rotary Club of Rotherham. Favourite sport, shooting. Residence: Wickersley Hall, near Rotherham

FRANCIS CHARLES MOSS was educated at Sheffield University and after serving his apprenticeship from 1902 to 1904 with Messrs. Marshall, Sons, and Company, Ltd., of Gainsborough, began an association with the Rotherham Forge and Rolling Mills Company, which lasted for nearly forty-five years.

During this long connection with the firm, with the exception of his initial experience as engineer for two years, he continuously filled the positions of director and finally managing director. Mr. Moss was elected a Graduate of the Institution in 1907, and was transferred to Associate Membership in 1912. His death occurred in June 1942, in his fifty-fifth year.

Mr. Moss was educated at Rotherham Grammar School and Sheffield University and served his apprenticeship with Messrs. Marshall and Company, Ltd., Gainsborough.

He joined the Rotherham Forge and Rolling Mills Company, Ltd., in 1907, and became Managing Director in 1929. Besides being a member of the Institute of Metals, to which he was elected in 1938,

Mr. Moss was an associate member of the Institution of Mechanical Engineers and a Past-President of the Rotherham School of Technology Engineering Society.

He was appointed a Justice of the Peace for the West Riding of Yorkshire in 1936.