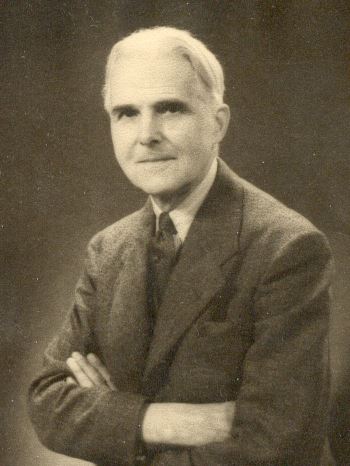 1885 February 27th 1885. Born the son of Gustavus Harry Fradelle Pratt (1854-1917) and Fanny Pratt, née Snead (1853-1915). Gustavus Pratt himself was the son of Thomas Pratt and Caroline Sarah Louise Pratt, née Fradelle. Her father was the Franco-English Victorian painter, Henri Jean-Baptiste Victoire Fradelle (1778-1865) whose works can still be found in various museums around the world.

Antony Collieu, the archivist of Bradfield College, wrote in 2003: "Bradfield was officially called the College of St Andrew at Bradfield at its founding in 1850 but, from its inception, always called Bradfield College. With the marked expansion of the school around the turn of the century, Modern Side was a new boarding house built in 1900/1 to house boys who did not want to study the classics as their principal subjects. It was right next door to the school's engineering workshops. The hill at the top of which the house stands is called The Hog's Back. It is now known much more prosaically as House on the Hill D and House on the Hill G having been split into two before the last war."

1907-14 Junior partner, Cox & King, Naval Architects and Surveyors, Engineers and Yacht Brokers, Designers and Auctioneers. 5, Suffolk Street, Pall Mall, London. Designed a 165 ft. steam yacht (Winchester 1909) which at the time was the fastest vessel in the world of that size.

1909 Address was Red Roofs, Teddington on Thames, and also 5&6 Suffolk Street, Pall Mall, London SW. He was a member of the Constitutional Club.

1917-41 Sole partner, Cox and King, Naval Architects and Surveyors, Engineers and Yacht Brokers, Designers and Auctioneers, London. Boat building took place in Wivenhoe between 1916 and 1925. Designed and built motor crafts for the Admiralty and the War Office, as well as motor yachts.

1910-39 Deposited a number of patents for hull form and hull construction to attain high speeds. The British Admiralty utilized his inventions on MTB's, PV's and MGB's. Also built racing motor boats with these types of hulls (e.g. Tyreless series; see photo) which he raced in England, France (Monte Carlo) and the United States (for the Harmsworth Cup).

1918 Joined the Royal Institution of Naval Architects (RINA): became a member in 1922.

During the 1920's, he moved to Copford Place, near Colchester, to be closer to the Wivenhoe shipyard.

1935 Lived at 18 Essex Street, London WC2. He was then designer and manager of Harelda.

1938-39. Designed an experimental torpedo boat, the Tarret, which was built by Swan, Hunter and Wigham Richardson. It used the hull form he patented, was 110 ft long, and could cruise at 20 knots for long distances (see photo).

After World War II, worked as an architect and draftsman for various firms.