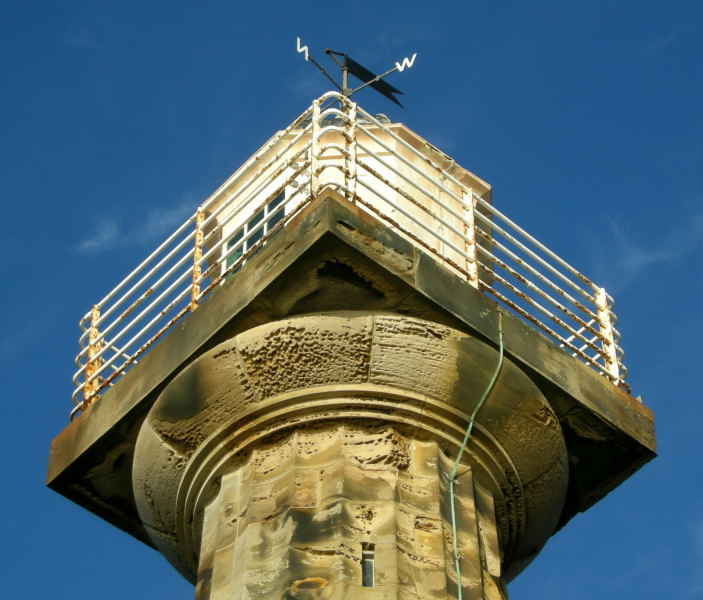 The west pier at Whitby was almost wholly rebuilt by Francis Pickernell, the engineer of the Harbour Trustees. It was built with stone from nearby Aislaby Quarry, and completed on Christmas Eve, 1814. Pickernell also designed the west pier lighthouse, completed in just 11 weeks in October 1831.[1]