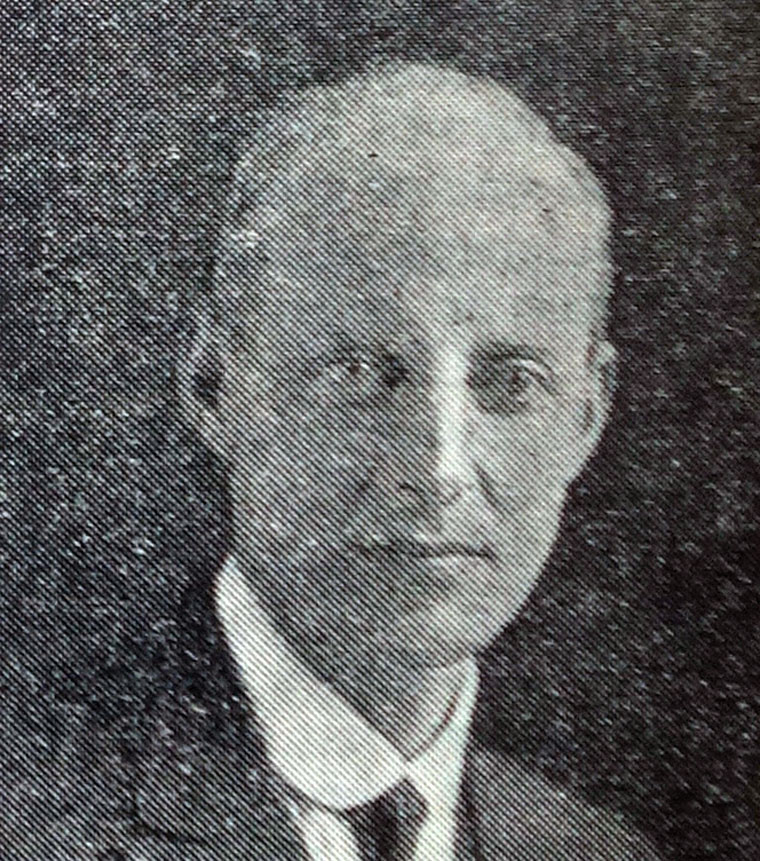 PROFESSOR FREDERIC BACON, M.A.. who died suddenly at Earlstone, near Newbury, on 23rd August 1943 at the age of 62, belonged to a distinguished ancestry which is recorded back to the Norman Conquest. He was born at Coldash, near Newbury, on 28th December 1880, and was the son of the late Rev. J. M. Bacon, M.A., F.R.A.S., a celebrated balloonist and astronomical observer. Professor Bacon was educated privately under Dr. R. Lachlan, and entered on his engineering career in the marine engine works of Messrs. Plenty and Son, Newbury.

In 1899 he entered Trinity College, Cambridge, studying under the late Sir Alfred Ewing, F.R.S, and in 1902 he obtained first-class honours in the Mechanical Sciences Tripos. During the next three years, he obtained further practical experience with Messrs. Yarrow and Company, Poplar, and the British Westinghouse Electrical Manufacturing Company, Manchester. This was followed by eight years on the staff of the Royal Naval College, Greenwich, and here he served under Professor Dunkerley and Professor J. B. Henderson as demonstrator in applied mechanics and later as instructor in applied mechanics and electrical design. During a few of these years, he was also an evening lecturer in the Borough Polytechnic and a special lecturer on the microstructure of metals at University College, London.

In 1913, at the age of 32, he was appointed Professor of Engineering at University College, Cardiff. During the war of 1914-18, university work was interrupted and students dispersed, but Professor Bacon organized a band of senior students for making munition master gauges, and he won high praise for the fine quality and accuracy of this work. During the later stages of the war, when the submarine menace was at its height, he became attached successively to the Paravane Department and the Anti-Submarine Division of the Admiralty.

Soon after the cessation of hostilities, he was appointed Professor of Engineering in the New University College, Swansea, and here he had the onerous task of building up an entirely new department of engineering. Handicaps were heavy, and these early years in Swansea were marked by intensive labour and many-sided activity outside his ordinary university duties. It was at this time that he took active steps to form a branch of the Institution in South Wales. He was a joint honorary secretary from its inception in 1921 to 1927, and in 1926, he was Chairman of the branch and a Member of Council. Intensive application for the achievement of objectives was one of the most remarkable of Professor Bacon's qualities, and it is evident in all his published research work. His contacts with distinguished engineers and research workers in this country and abroad were very numerous, and his unique ability in languages was an important asset in this connection.

He travelled extensively on the Continent and read several papers in Germany on some of his research work. His investigations had ranged over the fields of fuel economy, dust prevention, wind pressures and the fracture of metals. His most outstanding work was concerned with the failure of metals under cyclic stress, and some of the most important papers covering this work are: "Fatigue Stresses with special reference to the Breakage of Rolls" (Proc. South Wales Inst. of Eng., 1930); "Fatigue and Corrosion Fatigue with Special Reference to Service Breakages" (Proc. I.Mech.E., 1933), for which he was awarded the T. Bernard Hall Prize; "The Relation of Fatigue to Modern Engine Design (Trans. North East Coast Inst. Eng. and Shipbuilders, 1935). This last paper was read in conjunction with MacGregor and Burn, and the authors were awarded the M. C. James Gold Medal. His latest research work was undertaken at the request of the Government and was concerned with the notch-sensitivity of certain materials under cyclic stress. In all of his investigations, Professor Bacon displayed great originality and ingenuity, and his methods had won admiration from many research workers engaged on similar problems.

In college, Professor Bacon lectured on strength of materials, heat engines, and theory of machines, and his lectures were marked by a freshness of approach and contact with progress in research and industry. In connexion with his theory of machines course, it is of interest to record his considerable occupation in recent years with the possibilities of "Meccano" parts and plastic mouldings in contributing to the build-up of simple and complex mechanisms for teaching purposes. Into the making of all of these, in his well-equipped home workshop, he brought refinement of construction and movement, and jocularly referred to them as "Bacano" models. He had exhibited a number of these at one of the Conversaziones held in the Institution of Civil Engineers. He was generous in the freedom of action and development which he gave to the members of his staff, and he was ever ready to assist and advise as the need arose. His contributions to engineering knowledge, large though they were, would have been much greater had he not been burdened with the difficulties bound up with the creation of a new Department of Engineering and the innumerable clerical tasks that are so deplorable a feature in the lives of many university teachers and research workers in this country.

Socially, Professor Bacon was delightful company, and he was in every way a splendid and helpful friend to all his present and past students. He was an accomplished pianist and was interested in everything that promoted social and cultural development along with academic progress. He has left behind a record of fine achievement and inspiring memories for all who knew him. His many friends and students may like to know that his body rests in the quiet country village of Burghclere, near Newbury.