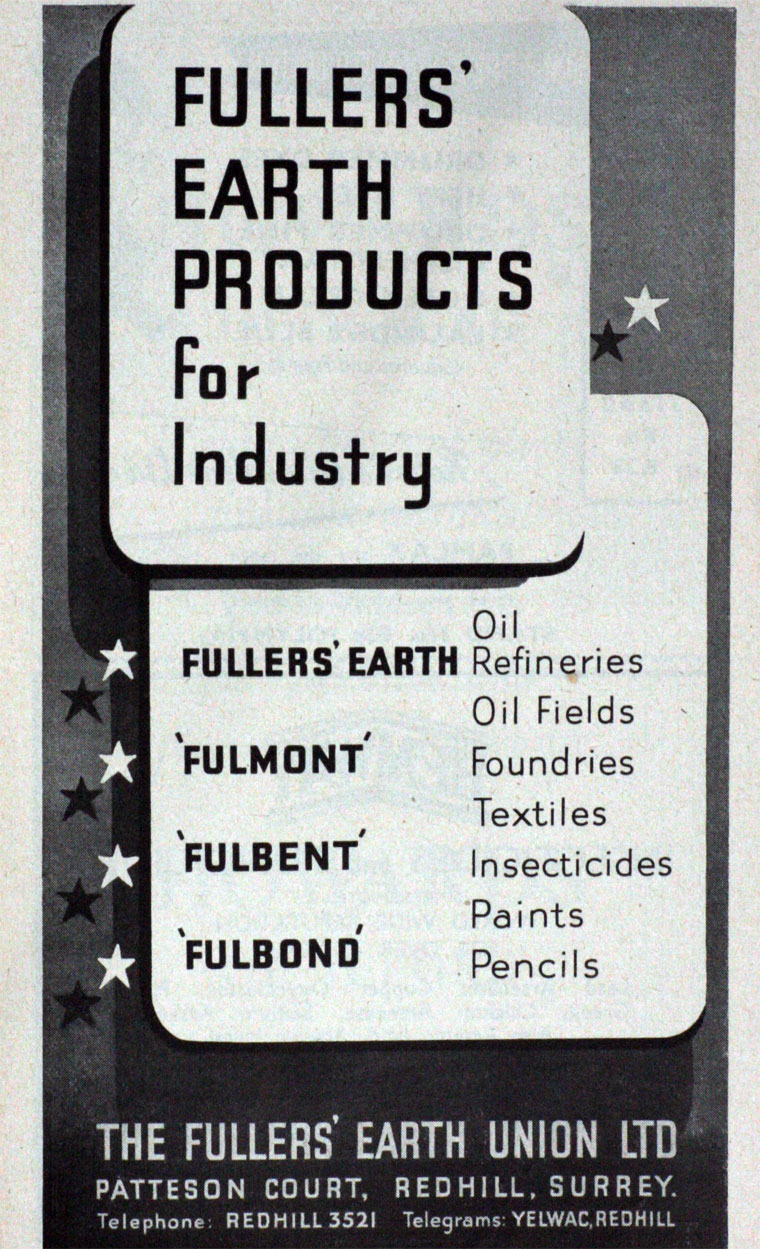 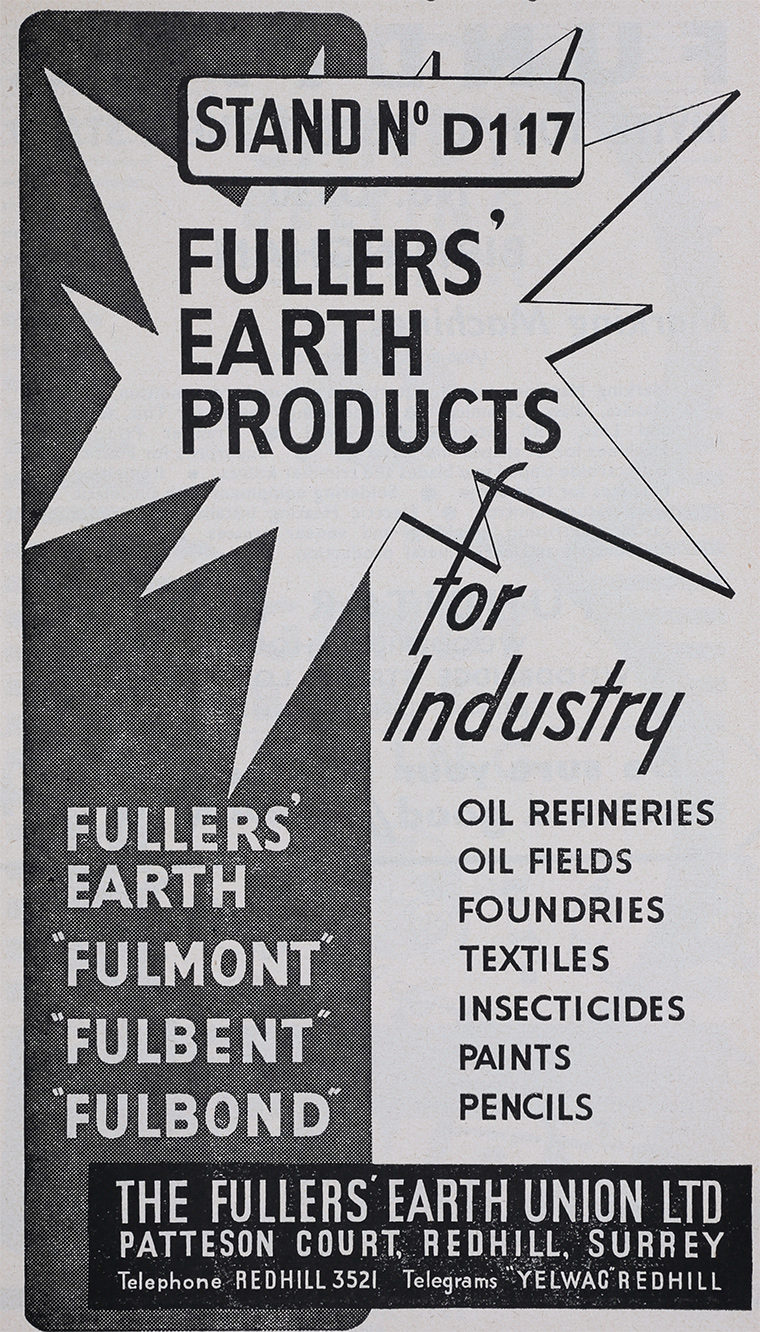 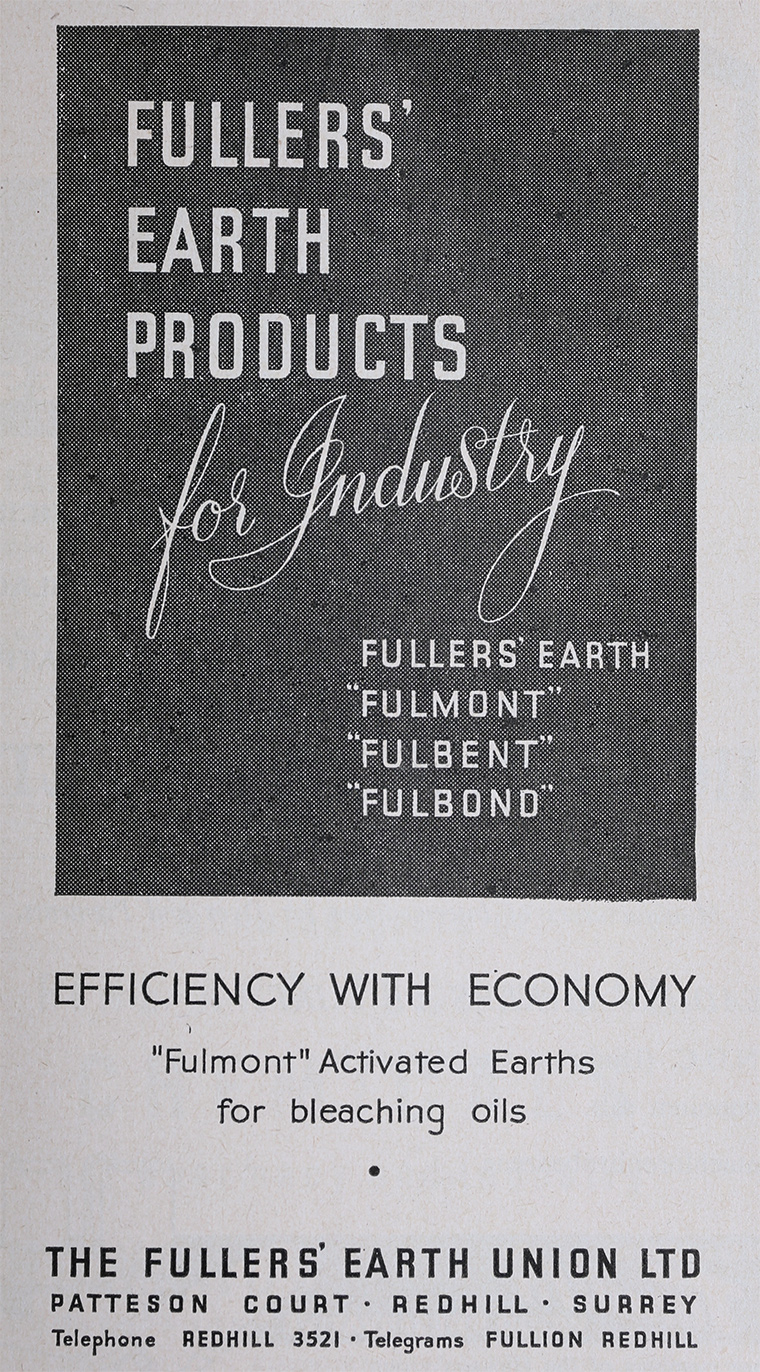 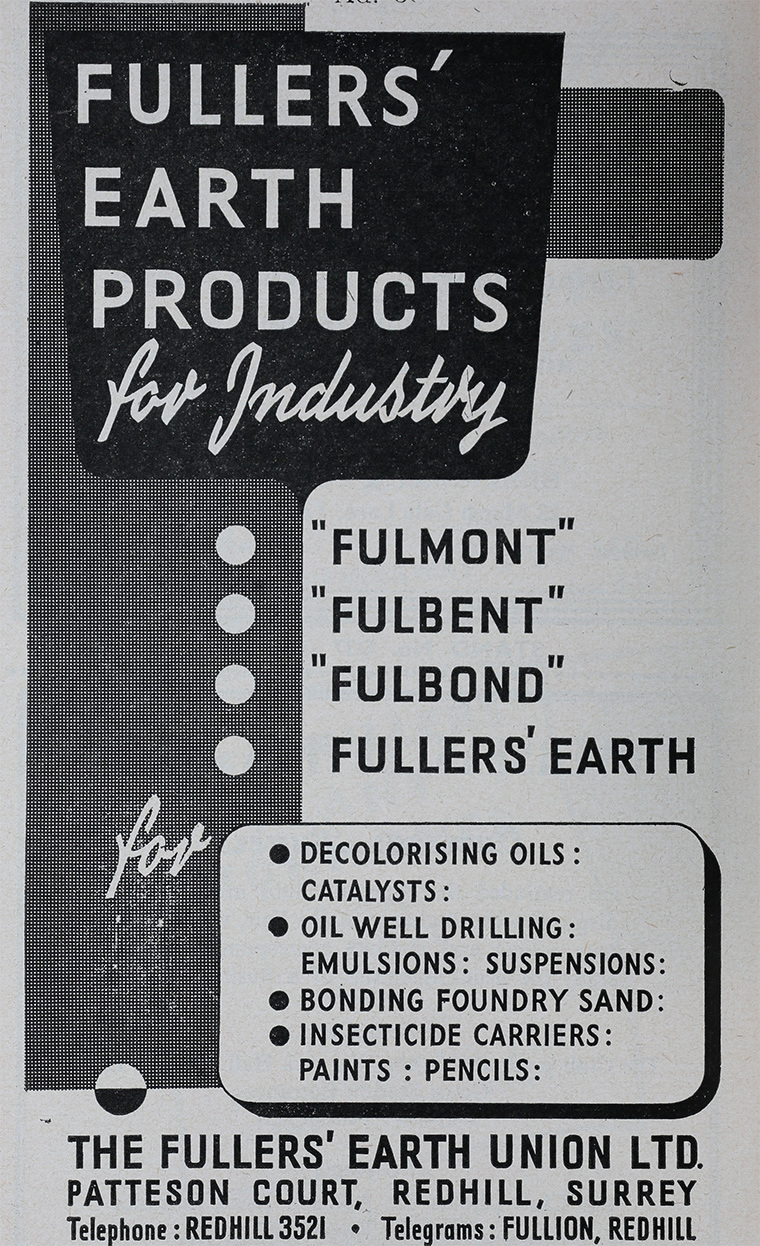 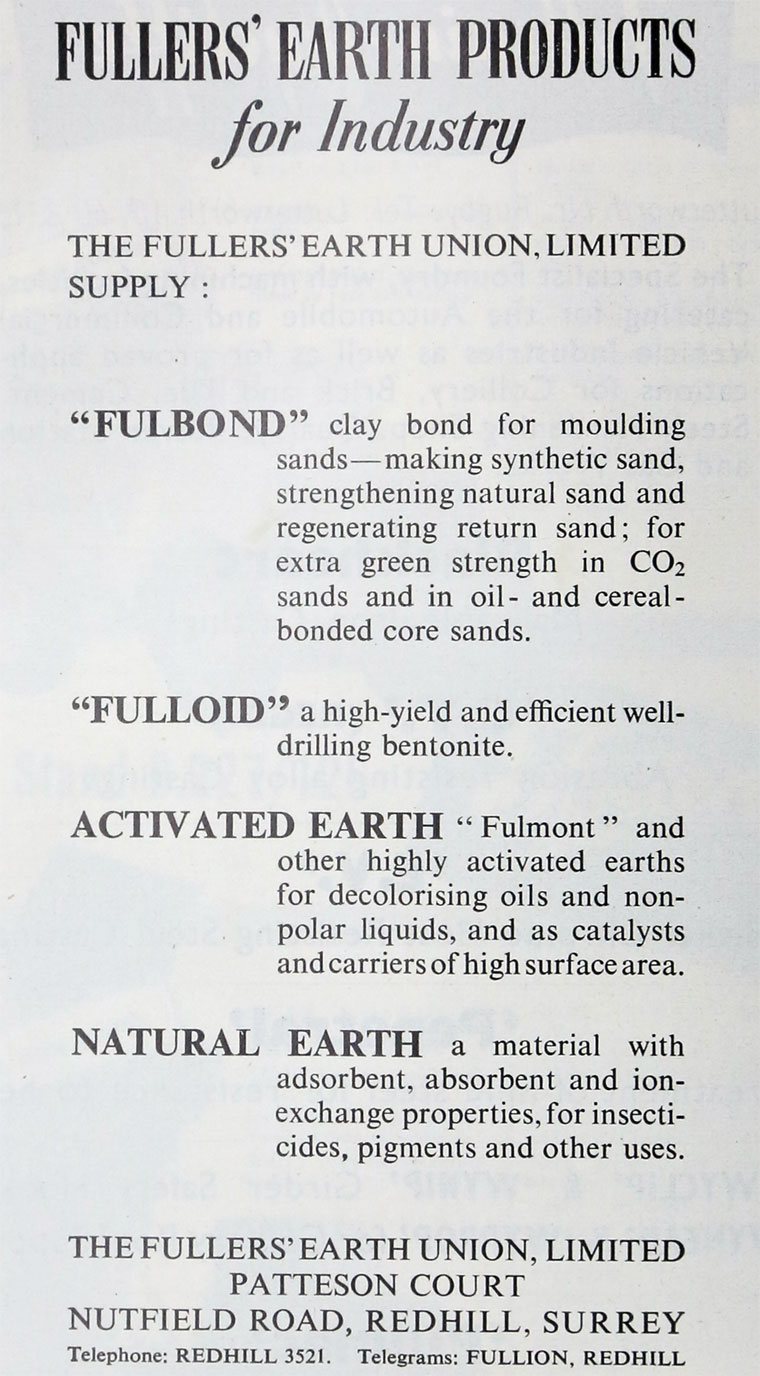 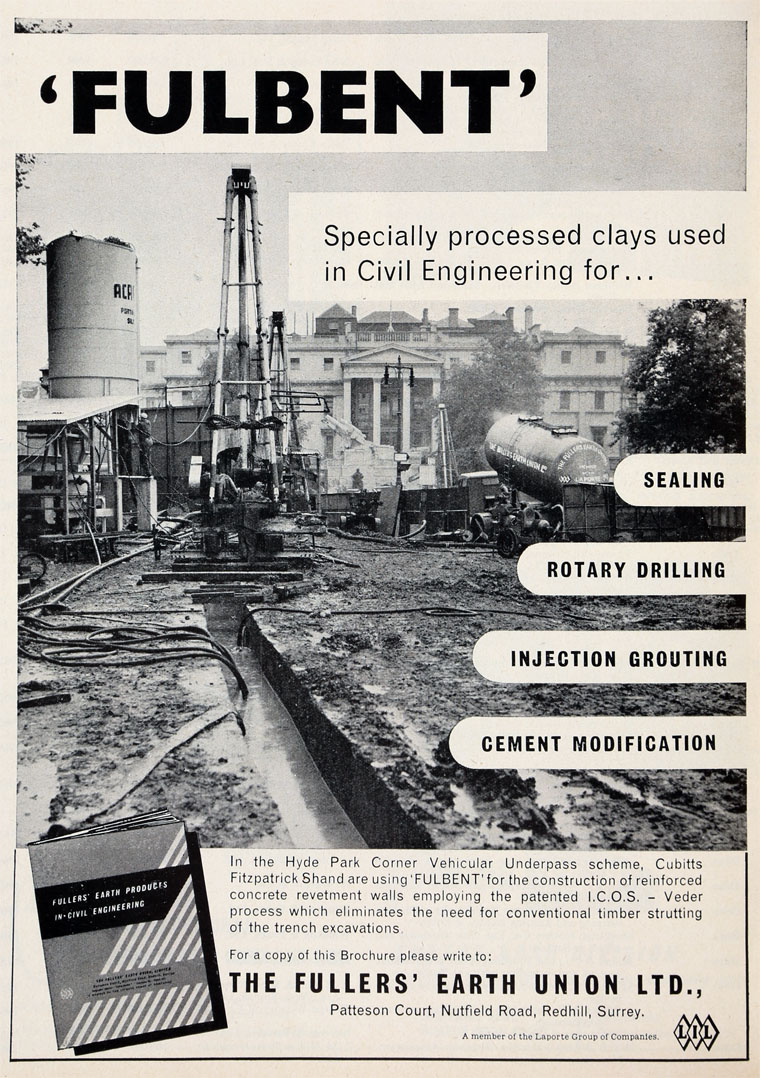 1890 The company was registered on 21 March, to take over the works at Redhill, Surrey, and Bath, including the properties of Cawley and Co; and other works at Nutfield were afterwards acquired. [1]

Post-WWI When American trade decreased in the inter-war years other outlets were developed in Britain, especially for foundries and oil refineries. The products included a wide range of bleaching earths and colloidal clays.

1954 The company was acquired by Laporte Industries Ltd, after which it continued to make activated Fuller's earth (by acid treatment) at Cockley Works, Redhill, while elsewhere in the area and at Bath other absorbent clays and bentonite (the sodium derivative) were manufactured.

1981 a new activation plant was opened at Widnes; the Cockley Works was closed.

Extensive workings based on earlier ones exist at High Street, Nutfield, as do older works at Knowle Lane, Baynards.